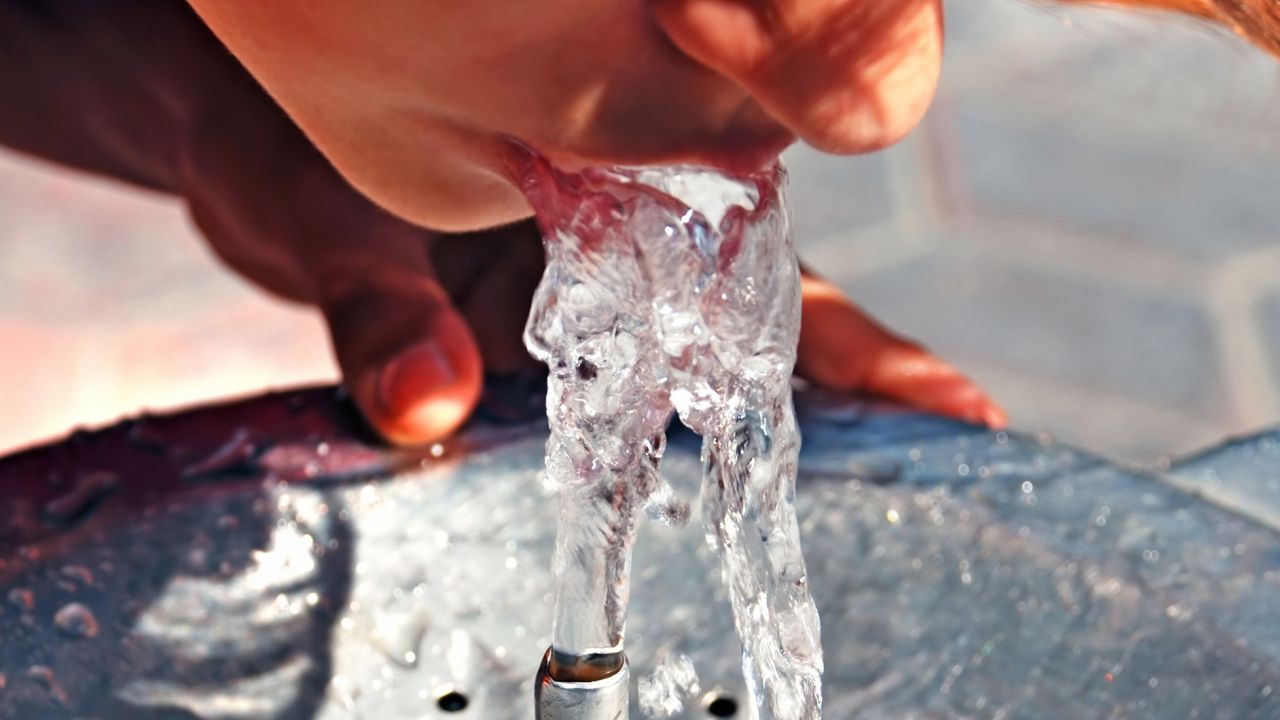 The Trump administration is threatening to remove safeguards that protect the drinking water of more than one-third of Americans.

More than 72 million Americans in 1,033 counties get more than half of their drinking water from small streams 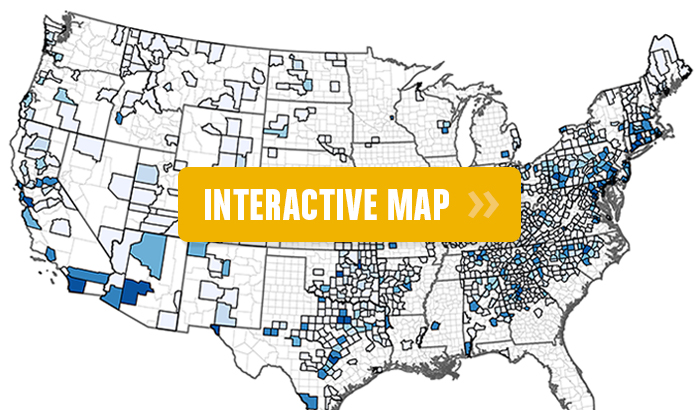 Right now, the Clean Water Act protects these streams from pollution. But this week President Trump issued an executive order directing Environmental Protection Agency Administrator Scott Pruitt to rescind or revise the Clean Water Rule, or replace it with a new rule.

This critically important rule determines which streams, rivers and lakes are protected from pollution by the Clean Water Act. The rule also extends protection for millions of acres of wetlands that filter drinking water.

Industry and agribusiness have been pushing for years to roll back the Clean Water Rule and protect only the biggest streams and rivers. Now they’ve found a friend in the Trump administration.

In 21 different states, small streams provide drinking water for 1 million or more people. (See chart below.) More than 5 million people in each New York, Texas and Pennsylvania get drinking water from small streams, as do more than 3 million in each California, Georgia, Maryland, Ohio, North Carolina and Arizona. 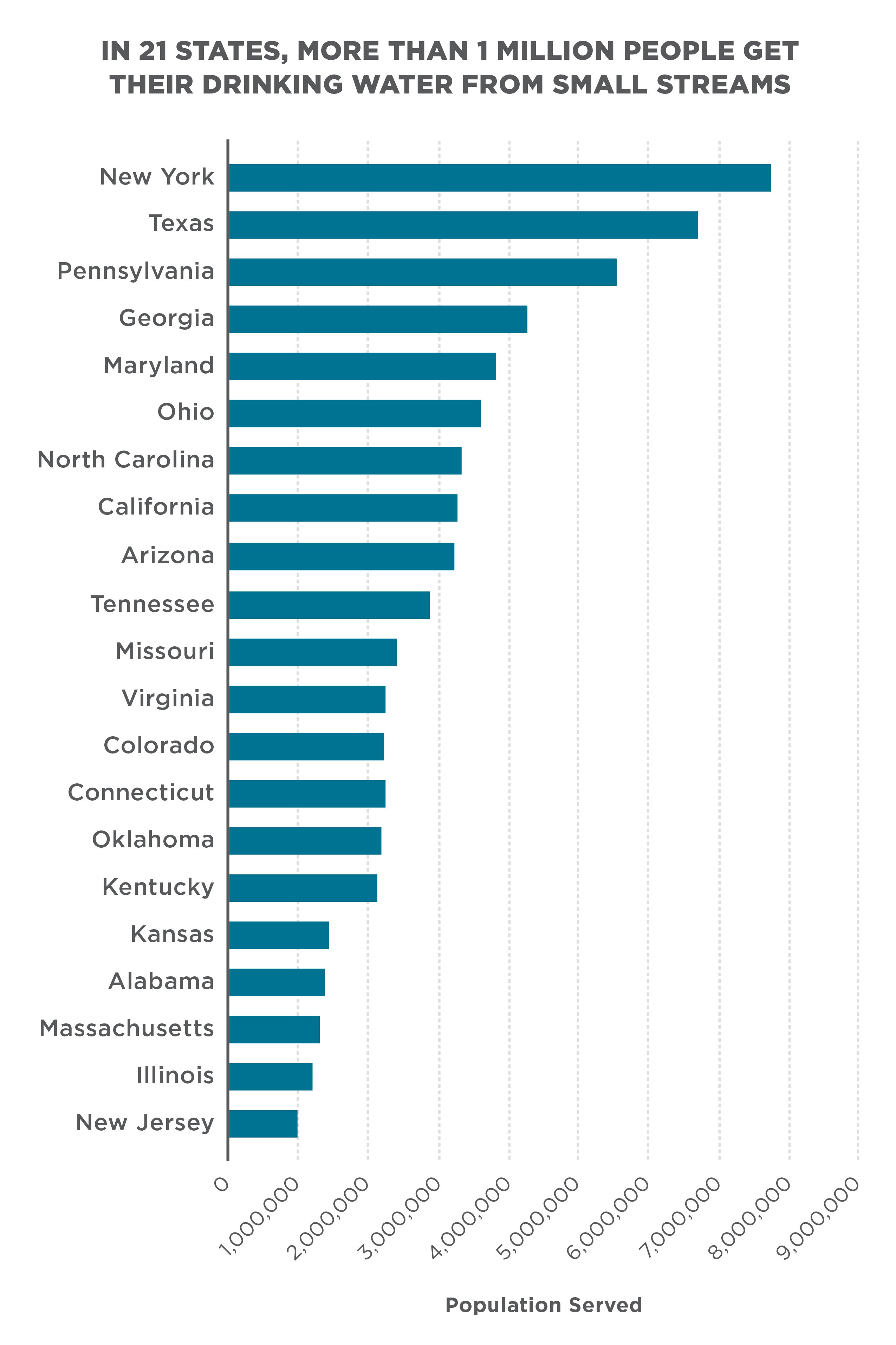 President Trump’s executive order immediately threatens drinking water for millions of Americans, but it’s not the only threat. Dozens of lawsuits seeking to gut the Clean Water Rule have been filed by industry and agribusiness, and states catering to those interests. Congress could meddle with the Clean Water Act itself to deny protection to small streams and wetlands.

The Clean Water Rule is a common-sense safeguard supported by a majority of Americans. It is supported by many cities and towns that depend on unpolluted drinking water sources and natural infrastructure like wetlands to filter pollutants and absorb floodwaters. Small businesses that rely on clean water and healthy wildlife habitats, such as craft breweries and outdoor recreation companies, also strongly support the Clean Water Rule.

Undermining, weakening or rescinding this vital rule is a gift to corporate polluters and Big Ag, and a threat to public health and the environment.

EWG analyzed data from a 2009 EPA study that examined “regional patterns of dependence on intermittent, ephemeral and headwater streams to supply public drinking water systems in the United States, using the most recent, valid data available.”

The EPA’s approach likely underestimates the contribution small steams make to drinking water supplies. Small streams feed the large rivers that millions of people rely on for drinking water, but are too far upstream from the drinking water intake to be included in the EPA’s analysis.

In the map below, the blue shaded area is a SPA. Water from streams in the SPA will reach the intake, indicated by a red dot, within 24 hours. 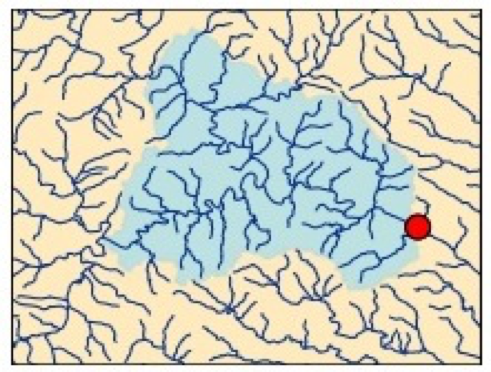 In all, the EPA assessed 413,104 miles of waterways within SPAs. The assessment found that 57 percent, or 234,459 stream miles, were intermittent, ephemeral or headwater streams.

EWG used the EPA’s data to identify the number of people living in counties that depend most on small streams. We defined these as counties where:

[1] Streams classified by the U.S. Geological Survey as intermittent, ephemeral or headwater streams.