What You Don’t Know May Hurt You

The prostate gland secretes the majority of seminal fluid, and cancers of the prostate are common in developed countries. It is the most common cancer among American men, according to the Centers for Disease Control and Prevention. Lung cancer kills more men, but there are almost twice as many prostate cancer cases.

The causes of prostate cancer are unknown, but medical experts and researchers have identified many risk factors, including age, ethnicity, family history and obesity. A growing body of evidence is beginning to show that prostate cancer might be associated with environmental exposures as well.

Here are some key findings in recent decades linking chemical exposures and prostate cancer, and how you can reduce your risks:

Tobacco leaves accumulate high levels of the heavy metal cadmium, and according to the Centers for Disease Control and Prevention, people who smoke have twice as much cadmium exposure. Cadmium has been associated with an increased risk of prostate cancer in human epidemiological studies. In laboratory studies, cadmium produced prostatic lesions in animals.

What can you do? Quitting smoking not only lowers your risk of lung cancer, respiratory and heart disease, it will also reduce your exposure to cadmium, potentially lowering your risk of prostate cancer. 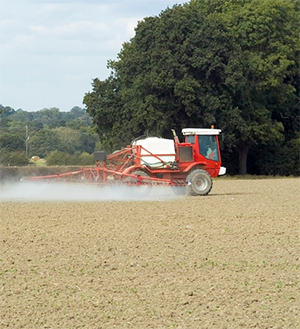 Many occupational studies have shown that farmers who mix and apply pesticides on their crops have a much higher risk of developing prostate cancer. These large epidemiological studies have implicated a variety of organophosphate and organochlorine pesticides and herbicides, including malathion, 2,4-D, and carbaryl, that are still used in crop and at-home applications today.

What can you do? Buy organic food as much as possible. Can’t always find it or afford it?  Use EWG’s Shopper’s Guide to Pesticides and Produce to find fruits and vegetables that have the lowest pesticide residues: www.ewg.org/foodnews/. You may also want to avoid applying pesticides at home. 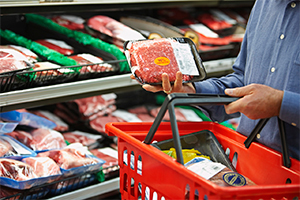 Polychlorinated biphenyls (PCBs), once used in a variety of industrial and commercial applications, have been linked to a number of health effects. Despite being banned more than three decades ago, they persist in the environment and people are still very much exposed to them. In human epidemiological studies, prostate cancer risk and mortality have been associated with heavy PCB exposure.

What can you do? PCBs typically accumulate in animal fatty tissues, especially in fish, and according to the federal Agency for Toxic Substances and Disease Registry, most people are exposed through contaminated food. To reduce your exposure, choose leaner meats and low-fat or fat-free dairy products. A well-balanced diet with more fruits and vegetables will also reduce your exposure to any one dietary source of PCBs.

A number of animal studies have shown that even at low exposures, BPA affects rat prostates, causing DNA damage and development of precancerous lesions. One study using human prostate cell lines has also shown DNA damage. The notorious endocrine-disrupting compound has also been shown to interfere with prostate cancer treatment in humans. Why this happens is not clear, but some prostate cancer therapies rely on mechanisms that block male androgen hormones. BPA, which has activity similar to the female hormone estrogen, may potentially interfere with these therapies by acting directly on prostate cells.

What can you do? Use glass kitchenware instead of plastic. Reuse old bottles and glass jars for storing food. If you have to use plastic containers, buy BPA-free and avoid those with recycling code #7, which may contain BPA. Since BPA is also common in the linings of canned food, look for cans that say they are BPA-free or choose fresh food over canned. For more tips, check out: www.ewg.org/bpa/.