What You Don’t Know May Hurt You

Here are some of the recent findings: 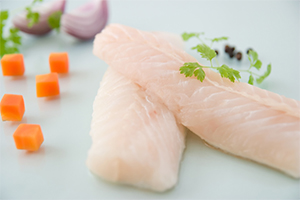 Men with heart disease or at risk of it are encouraged to eat fish because the omega 3 fatty acids they contain reduce the risk of heart attacks and stroke. However, some seafood contains high amounts of mercury. Research suggests that mercury exposure may be associated with cardiovascular disease, including high blood pressure and an elevated risk of heart attacks.

What can you do? In order to take advantage of the benefits of fish consumption without the mercury risks, avoid seafood with the highest levels of mercury, such as shark, swordfish and tuna steaks. Fish with lots of heart-healthy fatty acids and low mercury include wild salmon and farmed trout.

Non-stick coated cookware, certain kinds of food packaging and stain-resistant coatings are often made from compounds called perfluorochemicals. The most notorious and well studied of these is a chemical called perfluorooctanoic acid, or PFOA, which was once used to make Teflon among other common products. Epidemiological studies involving people exposed either on the job or from contaminated drinking water have linked PFOA to increased cholesterol levels. While PFOA is in the process of being phased out, it may be present in older products, and concerns have been raised that replacement perfluorochemicals may have similar health effects.

What can you do? Use cast iron, glass or other uncoated cookware instead of non-stick pans. Make your own popcorn instead of using the microwave variety. Skip the stain resistant coatings, if possible, when buying carpets, furniture and clothing.

Two recent reports by the federal Food and Drug Administration and Consumer Reports magazine found that many rice products have high levels of inorganic arsenic. Not only is arsenic a carcinogen, it may also be associated with increased blood pressure, according to epidemiological studies of populations that have high arsenic exposures. While rice isn’t the only source of arsenic in people’s diets, the levels in rice can be significant.

What can you do? The best way to lower your arsenic exposure from rice is to eat a varied diet and try other grains such as quinoa, barley, couscous and wheat. When eating brown rice, boil it with a lot of water, as some evidence suggests that can lower arsenic levels. Find out more at: www.ewg.org/release/reducing-arsenic-your-diet/. 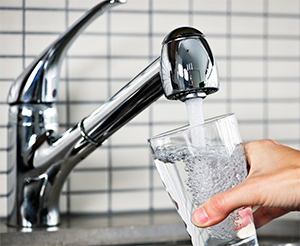 What can you do? A good water filter can reduce levels of arsenic and lead in drinking water, but doing your homework is important since not all filters are created equal. For help finding one that will reduce these contaminants and not break the bank, check out EWG’s Water Filter Buying Guide: www.ewg.org/report/ewgs-water-filter-buying-guide/. 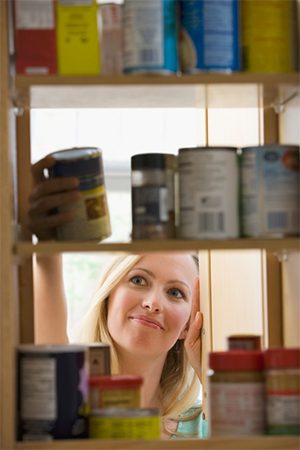 While early research focused on BPA’s potential effects on reproductive health, a number of recent scientific studies have found that adults with higher BPA exposure have more cardiovascular disease risk factors such as high blood pressure, coronary heart disease and peripheral artery disease. BPA has been banned in certain products such as baby bottles and infant formula packaging, but it is still quite common in other consumer products.

What can you do? Use glass dishes to store and heat your leftovers. Reuse old bottles and glass jars for storing food. If you have to use plastic containers, avoid ones with recycling code #7, because they may contain BPA. Since BPA is also common in the linings of canned food, look for cans that say they are BPA-free or choose fresh food instead. For more tips, check out: www.ewg.org/bpa/.

‹ Four surprising things that may raise prostate cancer risk Skin Cancer: Why Men Should be More Concerned than Women ›