Trans Fat Hides in at Least a Quarter of Supermarket Foods 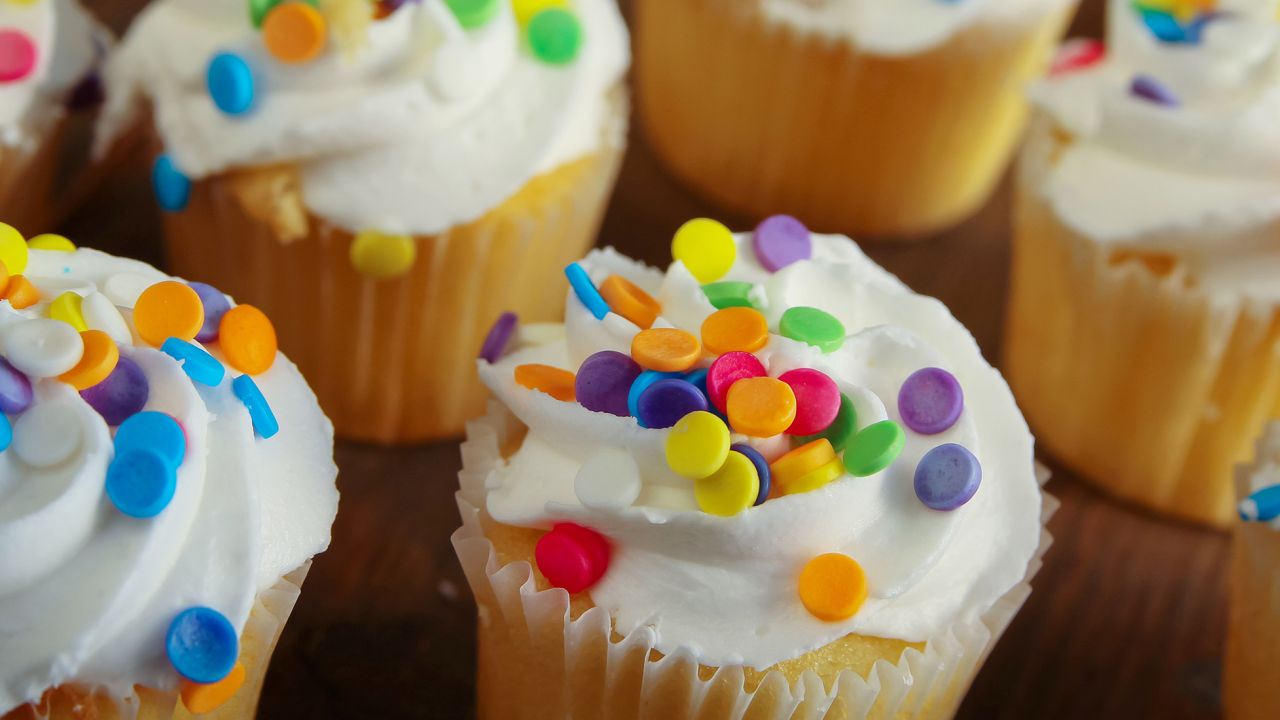 A new EWG analysis estimates that at least 27 percent of more than 84,000 foods in EWG’s interactive Food Scores database, contain artificial trans fat, a manmade, artery-clogging, industrially-produced fat that bears part of the blame for the American heart disease epidemic.

Another 10 percent of the foods in the database have been made with ingredients likely to contain trans fat.  This means that fully 37 percent of the foods in EWG’s extensive database, which covers a wide variety of items commonly available in supermarkets across the nation, probably or certainly contain a substance strongly implicated in heart disease.

Worse, in most cases, shoppers have no way to make an informed choice to avoid a product with trans fat.  Only two percent of the foods in EWG’s database admit on their labels that they contain trans fat, according to our analysis of information in EWG’s Food Scores, a comprehensive tool with extensive information on ingredients and potential contaminants.

The vast majority of foods with this substance escape notice by slipping through a federal regulatory loophole that permits trans fat content of less than half a gram per serving to be rounded off to zero. EWG found that 87 percent of  more than 7,500 foods containing partially hydrogenated oils – Americans’ principle dietary source of trans fats -- didn’t disclose that fact.  Instead, the labels of more than 6,500 of these items rounded off their trans fat content to 0 grams.

Because of the trans fat loophole, thousands of nutrition labels on supermarket foods are misleading, and the consequences are serious. Those undisclosed half-gram squirts and dollops of invisible, hidden trans fat add up fast —and even faster for children, who need fewer calories than adults and should consume relatively less trans fat.  A few slices of frozen pizza and a packaged cookie or two can spike a child’s trans fat intake to unhealthy levels.   Serving size is critical – and it’s easy to underestimate.  A person who eats an entire package with several small “servings” can consume multiple grams of trans fat at one time.

EWG’s findings, the most extensive look to date at hidden trans fats on supermarket shelves are based on information collected in EWG’s Food Scores database and app, unique tools that make it easier for consumers to avoid hidden trans fats in their food.  Food Scores gives worse scores to products that contain partially hydrogenated oils, compared to similar foods that don’t contain these harmful fats. In addition, Food Scores product pages alert consumers to the presence of ingredients that probably or definitely carry small amounts of trans fats, even when the manufacturers take advantage of the trans fat loophole with a nutrition facts panel that says, misleadingly,  “Trans Fat 0.0 g.” Here’s EWG’s list of the worst of the worst – products with trans fat content of five grams or more – roughly double, or worse, of the World Health Organization’s recommended limit of less than two grams of trans fat daily for a person who consumes about 2,000 calories a day.

Because FDA rules allow food companies to avoid disclosure of trans fat if the levels in a serving are low enough, the true number of processed foods containing trans fats could be even higher than our estimate of 37 percent of supermarket foods.  And it likely is.

This much is certain: trans fat is ubiquitous in the food supply, thanks to decades of lax regulations, and it’s dangerous.  The food industry claims that it produced only two billion pounds of partially hydrogenated oils in 2012—but that’s enough for 434 grams of trans fat per American – a wildly excessive amount (FDA 2013b).

A single serving of more than 400 products in EWG’s Food Scores contain enough trans fat to exceed the World Health Organization’s recommended limit of less than 2 grams per day for an adult consuming a 2,000 calorie diet.

The FDA is preparing to issue a regulation that, according to some reports, could eventually lead to a drastic reduction in artificial trans fat that, up to now, has been added to a wide variety of commercial goods, including frozen breakfast sandwiches, frozen cakes and pies, frozen pizza, frozen French fries, cookies, crackers, microwave popcorn, non-dairy coffee creamer and other processed foods.

FDA officials say their plan, unveiled in November 2013, could eventually avert up to 20,000 heart attacks and 7,000 deaths a year – numbers of illnesses and deaths that the U.S. Centers for Disease Control and Prevention attributes to coronary disease caused by trans fat consumption.  The changes FDA officials are contemplating could transform the American food supply for the better.

But that transformation won’t happen overnight. Plenty of devils lurk in the details of the anticipated FDA action.  Though some reports call it a ban, it is more properly described as a phase-out.  The FDA’s November 2013 proposal said that once the agency made its decision final, it would “provide adequate time for producers to reformulate products in order to minimize market disruption.”  If the food industry stays true to form, it is likely to battle for every inch of ground and wind up slow-walking the issue into the next decade.

The final FDA regulation, which could become public in coming days, is unlikely to close the half-gram trans fat loophole in the food labeling law.

In the meantime, consumers need help to make informed choices.  That’s where EWG comes in. To find the truth about the trans fat content of processed food, EWG has looked beyond labeling claims and ad hype.  We programmed our Food Scores database to tell us which supermarket foods contain partially hydrogenated oils. These are vegetable oils that have been hardened through an industrial process called hydrogenation. This process serves to stabilize them, preserve flavor and lengthen the shelf life of the products to which they have been added.  Food processers like partially hydrogenated oils because they give the finished product a creamy texture, are cheap and, by prolonging shelf life, ease the logistics of distributing heavily processed items for a mass market (GMA 2013).

But public health agencies overwhelmingly have concluded that these oils are the primary source of artificial trans fat in the American diet and a major contributor to the risk of heart disease, the leading cause of death in the U.S.  The CDC says that trans fat increases low-density lipoprotein (LDL, or "bad") cholesterol and may decrease high-density lipoprotein (HDL, or "good") cholesterol, making trans fats even worse for heart health than the saturated fats they were designed to replace.

The FDA wants to strip partially hydrogenated oils of their favored status as “generally recognized as safe,” or GRAS, food ingredients, a designation that has enabled food processors to add them to food without notifying the agency. If the FDA gets its way, partially hydrogenated oils would be designated food additives.  Food processors could not use them unless the FDA authorized the practice via a specific food additive petition. Since the Institute of Medicine, World Health Organization, CDC and other prestigious health bodies say these oils are not only useless but also dangerous, many observers predict that food companies would have a hard time justifying their continued use.  If the FDA hangs tough in coming years, it can end most uses of partially hydrogenated oils in foods.

Here’s what the FDA plan is unlikely to accomplish, at least immediately:

Nearly half of American men and a third of women will develop heart disease during their lifetimes, according to the federal Centers for Disease Control and Prevention (CDC 2013b).

Scientists have not determined the mechanism that causes trans fats to contribute to heart disease. The consensus is that they raise the levels of bad (LDL) cholesterol in the blood, reduce levels of good (HDL) cholesterol and increase blood triglycerides —unhealthy fats that thicken the blood, increase the chances of clotting and risk of heart attack and stroke (EFSA 2010; WHO 2003).

Trans fats may increase oxidative stress and inflammation in the body.  They have been linked to insulin resistance as well (Bendsen 2011; Tarrago-Trani 2006) leading the World Health Organization to assert that trans fat may contribute to development of type-2 diabetes (WHO 2003).

Trans Fats Hidden in Many Foods

Trans fats are everywhere in the grocery store

200 Ways To Smuggle In Trans Fat

EWG’s research found that trans fats are being used by the food industry in undisclosed ways. Beyond partially hydrogenated oils, other types of refined oils, emulsifiers, flavors, colors and other common ingredients contain trans fats in amounts low enough to exploit the trans fat loophole.

Children are perhaps most at risk from the half-gram labeling loophole. A 2012 study found that 80 percent of children under 11 exceed recommended trans fat limits (Kris-Etherton 2012).

According to the World Health Organization’s recommendations, a two-year-old with calorie needs of 1000 calories should consume no more than 10 calories from trans fat, or less than 1.1 grams a day. A food with 0.3 grams of trans fat per serving would make up nearly 30 percent of a child’s daily limit. Two servings of crackers and a bowl of cereal containing partially hydrogenated oil claiming “0 grams of trans fat” could easily exceed a child’s recommended limits.

Table 3 shows 32 of the most common fats and oils listed as ingredients of processed items in EWG’s Food Score. Less than half have complete data on trans fat content.

Motard-Bélanger A, Charest A, Grenier G, Paquin P, Chouinard Y, Lemieux S, Couture P, Lamarche B.  2008.  Study of the effect of trans fatty acids from ruminants on blood lipids and other risk factors for cardiovascular disease. Am J Clin Nutr.  87: 593–9.

WHO (World Health Organization).  2012.  A comprehensive global monitoring framework including indicators and a set of voluntary global targets for the prevention and control of noncommunicable diseases. Geneva.  Available: http://www.who. int/nmh/events/2012/discussion_paper3.pdf. [Accessed March 30, 2014].

More than 10,000 additives are allowed for use in food sold in the U.S. Many food chemicals have not been thoroughly reviewed for safety or have not been re-reviewed for decades with the newest science in mind.
Back to Top