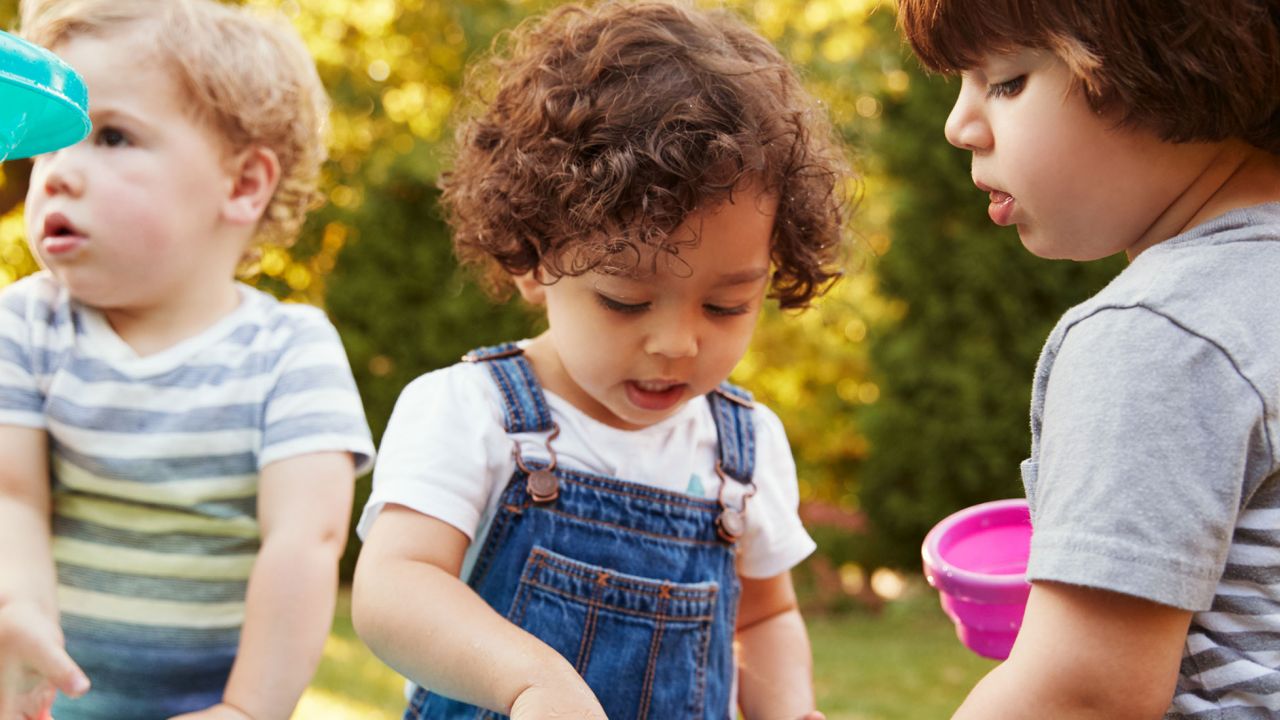 A study published in January 2008 by scientists from the US Food and Drug Administration (FDA) finds that three quarters of nearly 300 commonly consumed foods and beverages are contaminated with perchlorate, a toxic rocket fuel ingredient (Murray et al 2008). EWG analysis of these results finds that the levels of perchlorate in food potentially put the health of millions of children at risk. Two-year-olds appear to be particularly vulnerable because they have graduated to real food and eat substantial amounts relative to their size. According to FDA's analysis of 285 foods, every day, the average two-year-old will be exposed to more than half of the EPA's safe dose of perchlorate from food alone. Children are also exposed to perchlorate in contaminated tap water, in at least 28 states. The source of perchlorate in food is not clear, although some is known to be from contaminated irrigation water. Overall, given the uncertainties involved, controlling food exposures at this point is quite difficult. Water exposures, in contrast, are readily controllable. FDA’s finding of high food exposures for small children makes clean-up of perchlorate contaminated water imperative to protecting the health of children.

Figure 1: An average two-year-old will exceed EPA's safe dose of perchlorate by drinking water with as little as 4 parts per billion perchlorate

EWG's analysis of FDA's new data shows that every proposed or final drinking water standard fails to protect two years olds from routine, daily, unsafe exposure to perchlorate when combined food and water exposures are considered. A two-year-old of average size could exceed EPA's safe exposure level for perchlorate (the reference dose, or RfD) by drinking water with just 4 ppb of perchlorate contamination. New Jersey has a tap water standard of 5 ppb, California allows up to 6 ppb, and the US EPA has proposed a limit of 24 ppb, none of which would protect two-year-olds from being chronically overexposed to perchlorate. FDA’s new findings are especially of concern for the millions of children who live in any of the 28 states where perchlorate is known to contaminate drinking water supplies.

In their newly published study, FDA analyzed data from the Total Diet Study (TDS), a federal program that has been in place since 1961 to monitor chemical contaminants in the US food supply. They analyzed samples of almost three hundred different types of foods and beverages for perchlorate, and detected the chemical in 74% of these items. The FDA categorized these items into 12 different food groups including dairy, fruits, grains, legumes, and vegetables, and then determined an average daily perchlorate concentration for each of these categories. This information was combined with average daily consumption data for each of 14 age groups. With this methodology, the FDA was able to calculate average daily perchlorate intakes for 14 age groups and also to estimate the contribution from each of the 12 different food groups to the total daily intake of perchlorate. The FDA study found that children ages 10 and under are most highly exposed to perchlorate from contaminated foods and beverages. This is because children consume items from food groups that are heavily and consistently contaminated with perchlorate, especially dairy foods. In addition, their smaller size in comparison with adults means that, pound for pound, they are exposed to higher amounts of perchlorate than are adults.

FDA found that contaminated foods and beverages (excluding tap water) result in significant perchlorate exposures for all age groups considered, though exposures were highest for two-year-olds:

The FDA findings are especially concerning because they show that children have high baseline exposures to perchlorate from commonly consumed foods and beverages. Additional exposures from other sources like contaminated tap water could easily result in cumulative daily exposures that exceed the Environmental Protection Agency (EPA) reference dose (RfD). The EPA RfD is a non-enforceable “safe” dose; the current RfD for perchlorate is 0.7 micrograms/kg body weight/day (ug/kg/day) (EPA 2005). This RfD has been used to derive an equivalent but non-enforceable “safe” drinking water level know as a DWEL (drinking water equivalent level). The current DWEL for perchlorate is 24.5 parts per billion (ppb). A recent US Government Accountability Office (GAO) report found that 28 states had at least one public water system that was contaminated with perchlorate at 4 ppb or over (GAO 2005). At this level of contamination, EWG analysis finds that the average 2 year whose primary drinking water came from contaminated tap water could potentially exceed the EPA's safe dose.

Children are more sensitive to adverse effects of perchlorate

Not only do children have higher exposures to perchlorate when compared with adults, they are also particularly susceptible to its adverse effects. Perchlorate acts by inhibiting the thyroid gland from taking up iodine from the circulation. Since iodine is the building block for thyroid hormone, perchlorate exposure can result in decreased thyroid hormone production by the thyroid gland. Adequate circulating levels of thyroid hormone are critical to maintaining normal growth and brain development during childhood (Zoeller et al 2002, Ginsberg et al 2007). Children are also especially vulnerable to perchlorate because of their unique physiology. Perchlorate acts as an inhibitor of iodine uptake by the thyroid gland. It is well established that children, because of rapid growth and development, require more iodine per unit of body weight when compared with adults. In fact, young children require 3 times more iodine per kilogram of body weight than non-pregnant adults (WHO 1998). Therefore, a thyroid toxin like perchlorate that impacts the uptake of iodine by the thyroid gland could have a greater impact on children than adults. Increased iodine requirements in children combined with confirmed, higher exposure to perchlorate among children makes them uniquely vulnerable to this contaminant. Children may suffer from stunted growth and delays in intellectual development if they have inadequate levels of thyroid hormones. This analysis of FDA data shows that while the vast majority of Americans are exposed to perchlorate through commonly eaten foods, a significant number of children are exposed to levels that exceed the EPA safe dose from food and water exposures. Those children with combined exposures are at highest risk for exceeding the EPA safe dose, underscoring the need for a national drinking water standard for this thyroid toxin.

In September of 2006, the Centers for Disease Control and Prevention (CDC) published the first major epidemiological study on the potential health impacts of chronic perchlorate exposure. Researchers found a statistically significant, dose-dependent association between perchlorate exposure and changes in thyroid hormone levels in all women in the study (Blount et al 2006b). The effects on thyroid hormones were particularly pronounced in women with lower iodine intake. Among these women, a urinary perchlorate level of only 5 parts per billion was associated with a 16 percent change in thyroid hormone levels, compared to the median level found in the study. The authors noted that 36 percent of U.S. women have iodine intakes in the range identified as "lower" in the study. For about 1 in 10 of these women, if they were exposed to 5 parts per billion of perchlorate in drinking water, the resulting hormone disruption would require treatment for sub-clinical hypothyroidism, according to a consensus of clinical endocrinologists. (Cooper 2004, EWG 2006). Notably, the CDC study was published after the EPA established its safe dose for perchlorate (RfD). While the EPA’s RfD assumed that exposure to 24.5 ppb in drinking water would have no effect on thyroid hormone levels, the CDC study established that much lower exposures were having measurable, real-world effects on women’s thyroid hormone levels. These important findings from the CDC demonstrate that EPA's current reference dose is not health protective. While this CDC study did not look at perchlorate exposure in children, these findings are especially worrisome when extrapolated to children because kids are especially vulnerable to perchlorate and the FDA study shows that they have higher baseline exposure to this contaminant from food when compared with adults. The combined evidence from the FDA and CDC studies shows that young children have daily perchlorate exposures from food at levels that have been shown to cause statistically significant changes in thyroid hormone levels in women with lower iodine levels. This is especially concerning because any decrease in thyroid hormone levels in children can disrupt normal growth and development (Zoeller et al 2002, Ginsberg et al 2007). If these children live in any of the 28 states in which drinking water is contaminated with perchlorate, their exposure is even greater.

Many studies confirm that Americans face widespread perchlorate exposure. A 2005 Government Accountability Office (GAO) report found perchlorate contamination of drinking water supplies in 28 states, at concentrations ranging from 4 ppb to over 420 ppb (GAO 2005). And a 2006 CDC study found perchlorate in the urine of every one of a nationally representative group of 2,820 people they tested (Blount et al 2006a). More importantly, these exposures are reaching levels that could measurably impact health. EWG's analysis of the FDA study shows that many two-year-olds exceed the EPA's "safe" dose of perchlorate via food and water contamination. The CDC's 2006 study found significant perchlorate-related decreases in thyroid hormone levels in women with perchlorate exposure far below the EPA "safe" dose. Yet the EPA and the FDA have yet to take action to protect the US population from this public health threat. Several states, including California, New Jersey, and Massachusetts have already or are in the process of setting their own drinking water standards in the face of federal inaction. However, EWG's analysis of FDA food tests shows that even these state standards, while a step in the right direction, do not adequately protect human health given the widespread contamination of food by perchlorate.

EWG's analysis of FDA's food tests adds to the growing body of science confirming that perchlorate exposures present a major public health threat, especially to vulnerable populations like pregnant women, infants, and children. The EPA should promptly establish a safety standard for perchlorate in tap water that accounts for findings from the CDC that show that exposures to perchlorate at levels far lower than the EPA's current safe dose (the RfD) have significant effects on the thyroid gland. In addition, a health-protective drinking water standard must account for widespread, significant exposures to perchlorate from food, especially among children. It is important for everyone, especially children, to eat a well balanced diet that includes the recommended number of servings of milk, fruits, and vegetables. However, perchlorate contamination of food is especially of concern in children and additional exposure from contaminated water may result in cumulative exposures that exceed the EPA “safe” dose for many children. Therefore, FDA should provide consumers with guidance on choosing foods that reduce the risk of excess perchlorate exposures, particularly during pregnancy and early childhood. Read references.

Take Action: Get Perchlorate Out of Your Food and Water! 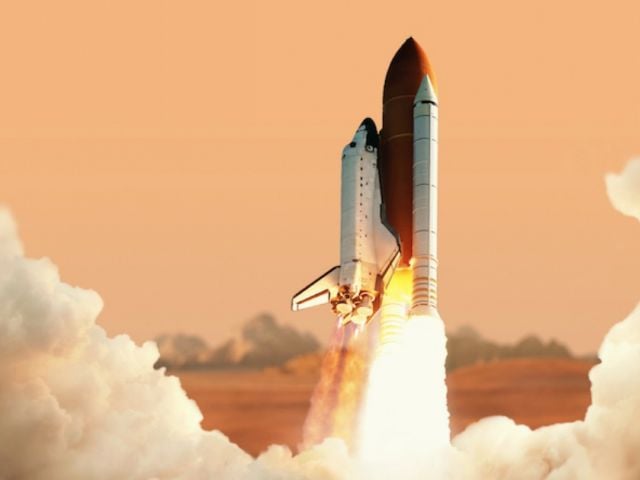 EWG has worked for more than a decade to get government to set a national drinking water standard for this component of rocket fuel, which can affect thyroid hormone levels.