The government's decision to allow sale of gasoline blended with up to 15 percent ethanol, so-called E15, means that one of these days you'll likely pull into a gas station that could have as many as four pumps with different kinds of fuel: one for E10 (up to 10 percent ethanol); one for E15; possibly one for E85 (between 70 and 85 percent ethanol); and maybe one for pure gasoline.

Depending on how old your car or truck is, you'll have to make sure you choose the right blend. If you make a mistake and put E15 in an older car, there's a good chance you'll run into big problems with your engine. And if you fill a gas can and use it in your lawnmower or outboard, be prepared to buy a new one soon.

In early 2011, the Environmental Protection Agency approved the corn ethanol industry's petition to increase the amount of ethanol that can be blended with gasoline. EPA approved E15 for use in newer cars and trucks – Model Year 2001 or later. That's a 50 percent increase in the amount of ethanol allowed in the widely available E10.

Every major automaker has warned that their warranties – even for newer vehicles – will be voided if drivers fill up with E15. Automakers and small engine manufacturers are so upset that they are suing EPA over the E15 decision. Click here to see the letters that major auto companies sent to Rep. Sensenbrenner (R-Wis.) before a July 2011 Congressional hearing (where EWG's Heather White testified about the problems with E15).

Here are a few highlights from the letters to Rep. Sensenbrenner: 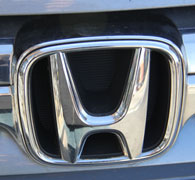 “Vehicle engines were not designed or built to accommodate the higher concentrations of ethanol. . . . There appears to be the potential for engine failure.”
[Read more...] 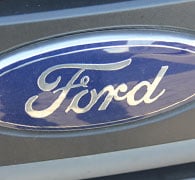 “Ford does not support the introduction of E15 into the marketplace for the legacy fleet… Fuel not approved in the owner’s manual is considered misfueling and any damage resulting from misfueling is not covered by the warranty.”
[Read more...] 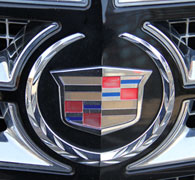 “It is clear to us, as it is to others, that the controls envisioned by EPA will not prevent such mis-fueling situations from occurring.”
[Read more... ] 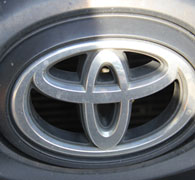 “Toyota cannot recommend the use of fuel with greater than E10 for Toyota vehicles currently on the road . . . .Our policy remains that we will not provide warranty coverage for issues arising from the misuse of fuels that exceed specified limits.”
[Read more... ]

Automakers aren't the only ones worried about engine trouble with E15. Several gasoline refiners, including QuickTrip, Valero Energy Corp., Marathon Oil Corp. and Tesoro Corp., have said they won't sell E15 for the foreseeable future. The American Automobile Association AAA and the Coast Guard have warned consumers about problems they could encounter if they use E15.

Since ethanol is more corrosive and burns hotter than gasoline, it may cause higher rates of engine stalling, misfiring and overheating. Other effects include higher nitrous oxide and formaldehyde emissions, lower gas mileage and damaging fuel tanks and pumps.

To download our handy wallet-sized guide to see which ethanol blend is compatible with your vehicle, click here.