How Investing $75 Billion on Infrastructure Will Make Drinking Water Safer 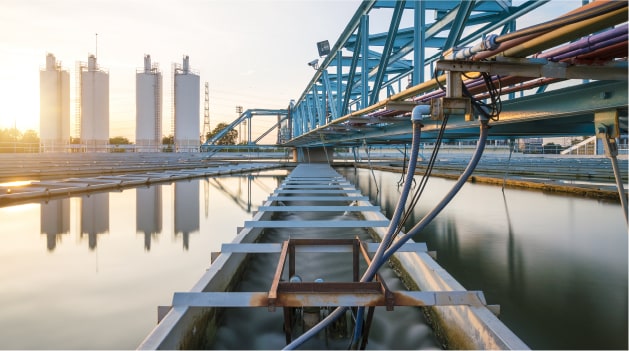 For the next COVID-19 stimulus bill, House leaders have proposed spending $75.9 billion over five years on water infrastructure. This urgent and long-overdue investment would enable community water systems to significantly reduce drinking water contaminants linked to serious health problems, including harm to the immune system.

Two well-established treatment technologies – granular activated carbon, or GAC, and ion exchange – are effective at removing or reducing a wide range of toxic contaminants commonly found in drinking water across the nation.

Both types of treatment are important. Some contaminants that are resistant to GAC treatment can only be removed, or are removed more effectively, with ion exchange treatment. For example, the fluorinated “forever chemicals” known as PFAS can be treated with either GAC or ion exchange – although so-called short-chain PFAS, in wide use, are more difficult to remove from water compared to long-chain PFAS, which have been largely phased out but linger in hundreds of drinking water systems in every state.

* GAC must be installed at point of use, or lead water lines must be removed. This number is a 2016 estimate by the American Water Works Association, which says full or partial lead water lines are in use in approximately 11,200 community water systems.

GAC filters significantly reduce the levels of organic material and disinfection byproducts in the finished water. Many carcinogenic VOCs can also be removed with GAC treatment, such as TCE. GAC can also remove pesticides such as atrazine.

GAC is not effective for some drinking water contaminants, such as nitrate, arsenic, hexavalent chromium and radiological contaminants. But these contaminants can be removed with ion exchange treatment that, although more expensive than GAC, can tackle hard-to-remove contaminants.

Ion exchange treatments are typically designed to fit the needs of a specific water system, and some can work for multiple contaminants. For example, ion exchange installed to remove nitrate will also remove arsenic.

* EWG compiles data on exposure to radium and uranium; both chemicals can be present in water simultaneously.

There is ongoing research on how to adapt GAC and ion exchange technologies for effective PFAS removal. Due to the diversity of different PFAS, treatment technology at individual water systems must be designed to remove the specific PFAS present. Once installed, PFAS-removing technology will also remove or reduce other contaminants, depending on the type of filtration used. For ion exchange in particular, according to the Environmental Protection Agency, “negatively charged ions of PFAS are attracted to the positively charged anion resins.” Anion exchange also removes nitrate.