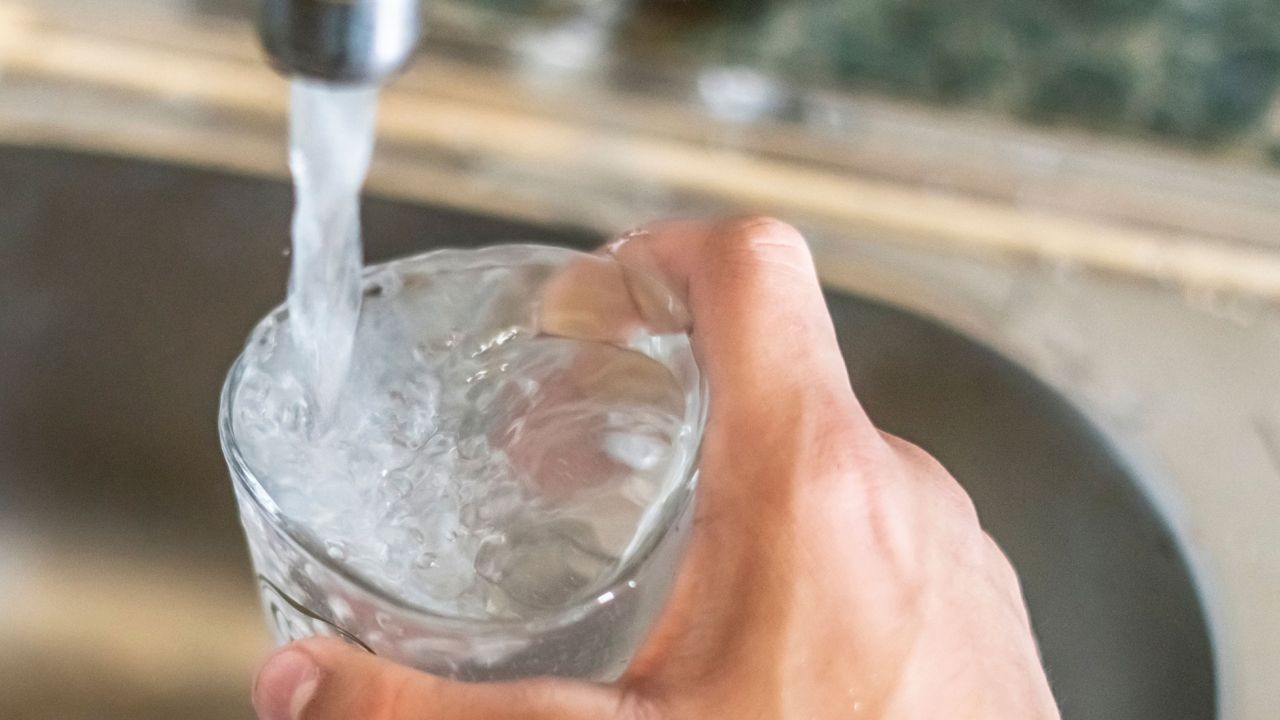 View and Download the report here: Consider The Source

Chlorinating tap water is a critical public health measure that saves thousands of lives each year by reducing the incidence of waterborne disease. But chlorination is no substitute for cleaning up America’s waters.

By failing to clean up rivers and reservoirs that provide drinking water for hundreds of millions of Americans, EPA and the Congress have forced water utilities to chlorinate water that is contaminated with animal waste, sewage, fertilizer, algae, and sediment, in order to provide water free of disease-causing microorganisms. Chlorine combined with the organic matter in this pollution produces harmful byproducts, collectively referred to as chlorination byproducts (CBPs). In spite of the diligent efforts of the water utilities to filter and clean the water before they chlorinate, CBP levels remain high in the water consumed by millions of people each day. Approximately 240 million Americans drink tap water contaminated with some level of CBPs.

A compelling body of scientific evidence - nearly 30 peer-reviewed epidemiologic studies - links chlorination byproducts to increased risks of cancer. At current levels in U.S. tap water, EPA estimates that CBPs cause up to 9,300 cases of bladder cancer each year. A growing body of science links CBPs to miscarriages and birth defects, including neural tube defects, low birth weight, and cleft palate. Other health problems from CBP exposure may include other cancers (rectal and colon), kidney and spleen disorders, immune system problems and neurotoxic effects (63 FR 69390- 69476).

Industrial water pollution is not a major contributor to CBPs in tap water. Instead the main causes are sediments, nutrients, and pollution from agricultural and urban runoff, and in some small systems, excess use of chlorine. Until Congress and the EPA act to limit pollution from farms and urban runoff so that water entering drinking water treatment plants is much cleaner than it is today, CBPs will remain at unacceptably high levels.

This first ever national analysis of chlorination byproducts in tap water from both large and small cities, conducted by the Environmental Working Group (EWG), shows that although most water suppliers are in compliance with current and future drinking water standards:

Despite significant population-wide exposures to CBPs, a survey of federal and state-level efforts to monitor and track consumers’ exposure to CBPs and related health effects shows that the U.S. fails to collect essential tracking data at a national level that could provide key insight on causes and other critical information on miscarriages and birth defects linked to CBPs.

EWG and U.S. Public Interest Research Group’s (U.S. PIRG’s) compilation of survey information finds that 10 states and Washington, DC either have no birth defects surveillance system at all, or cursory systems that miss an estimated 90 percent of the cases. Not a single state has an active, wellfunded system in place to track first-trimester miscarriages, which account for 90 percent of all miscarriages and which also have been linked to CBP exposures.

The need for a nationwide health tracking network

The effectiveness of health standards for CBPs and other environmental contaminants is limited by the lack of reliable data on environmentally caused disease. In spite of the growing body of evidence linking CBPs to miscarriages, birth defects, and cancers, EPA lacked solid data on incidence rates for most of these effects, as well as exposure data to CBPs in tap water, throughout the standard setting process. The United States lacks a nationwide health tracking network that could provide reliable data on disease rates, pregnancy outcomes, and levels of exposure to environmental contaminants potentially responsible for harm.

Because of these data limitations, EPA formally considered the risks of just one cancer, bladder cancer, when setting the new health limits for CBPs. The agency made no estimate of the risk or potential reduction in the rates of other cancers, birth defects or miscarriages during the entire process (63 FR 69390-69476). The result is most likely an underestimate of the actual risk, and new health standards that may not significantly reduce the incidence of adverse health effects from CBPs.

EPA’s ability to quantify just one of the many health effects linked to CBP exposures (bladder cancer), illustrates how our country’s patchwork of health tracking programs ultimately hamstrings public health officials, forcing decisions that more often than not are based on just a fraction of the public health impacts from environmental contaminants. Tracking disease is a cornerstone of public health protection, and has been used effectively to identify and stop infectious disease outbreaks for decades. Nationwide, the tools of tracking and monitoring have not been consistently applied to chronic disease; birth defects and other conditions ranging from Alzheimer’s Disease to asthma to miscarriage remain inadequately tracked in the U.S.

For more of this report download the report here: Consider The Source