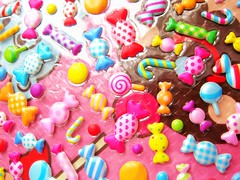 Now, a newly-proposed rule in the European Union would require manufacturers who continue to use some of those additives to print a warning on their labels:

The requirement for labelling, which would warn consumers that products "may have an adverse effect on activity and attention in children", emerged in negotiations between MEPs, the European commission and the council of ministers over a new structure for authorising additives, flavourings and enzymes in food. It has to be approved by ministers later in the year and firms will be given time to comply, probably until mid-2010.

By the time the rule goes into effect (that is, if it gets approved), most major food manufacturers* will already have gotten rid of the additives in question -- in part to comply with the UK's voluntary ban, but also because of consumer demand. The EU warning requirement would apply to imported foods as well, creating incentive for international food manufacturers to get rid of the additives altogether, and meaning that the US might see some residual benefit from the EU's move.

*Does anyone else think the phrase "food manufacturers" is altogether a little bit creepy?