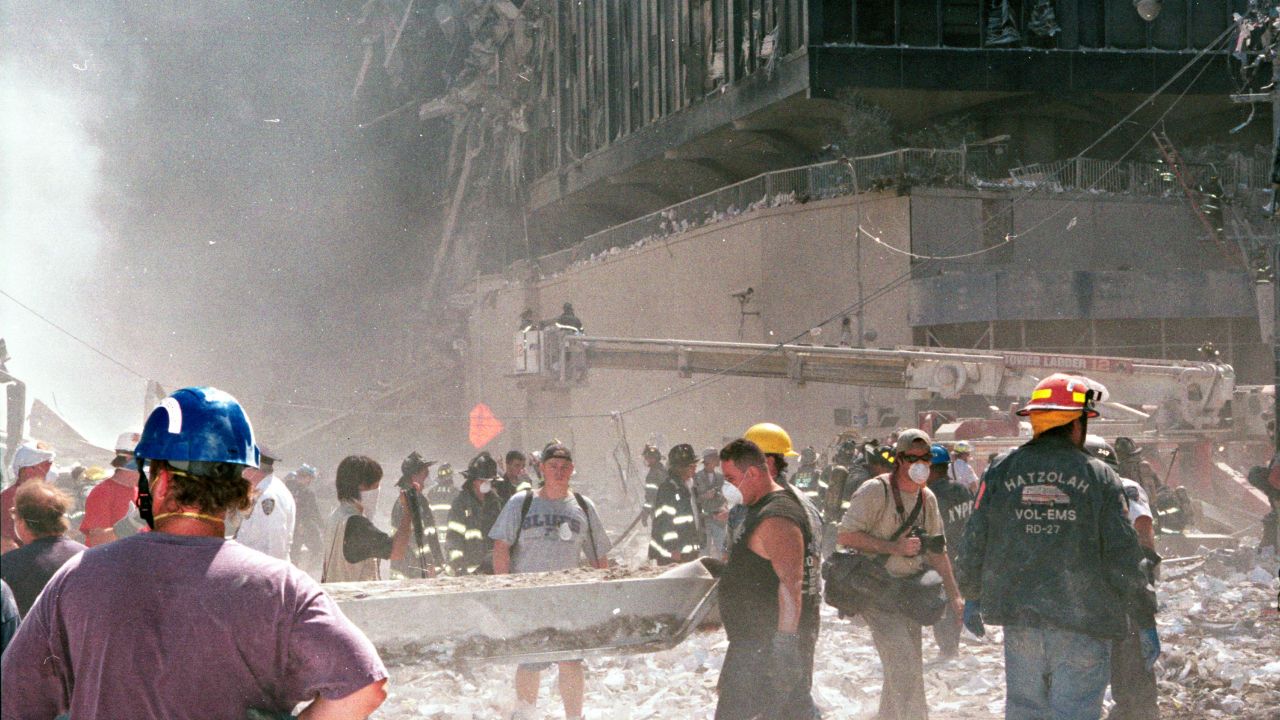 On the morning of September 11, 2001, 92 passengers boarded American Airlines Flight 11 from Boston to Los Angeles.

Around the world, we watched the unthinkable terrorist attacks on our nation as that hijacked plane and then three others crashed into the World Trade Center, the Pentagon and an empty field in Shanksville, Pennsylvania.

From Los Angeles, we watched on television as the search and rescue mission unfolded and the ominous clouds of heavy white dust blanketed the rubble, enveloping buildings and innocent people.

We saw the plumes of toxic dust from the collapse of the towers cover lower Manhattan, fill the morning sky and drift down the coastline. Fearlessly, our heroes – firefighters, police officers, paramedics, construction workers and volunteers – worked in the Ground Zero rubble, evacuating and triaging the injured.

That dust was laced with toxic substances, including asbestos, ground glass, lead, gypsum and calcite. According to The Guardian, “Amid the pollutants within the giant pile of 1.8m tons of debris and the surrounding air were 90,000 liters of jet fuel from the two stricken planes, about 1,000 tons of asbestos that was used in the construction of the Twin Towers.”  The pulverized debris scattered over lower Manhattan.

For more than a century, asbestos has been known to cause disabilities and death. A known carcinogen, it was widely used in the construction of the World Trade Center. Exposure can cause mesothelioma, lung, gastrointestinal, laryngeal and ovarian cancers, and non-malignant lung and respiratory diseases. Each day, an estimated 40 Americans die from preventable asbestos-caused disease.

While lower Manhattan smoldered and thousands inhaled and swallowed hazardous debris, former EPA administrator Christine Todd Whitman reassured residents that their air “is safe to breathe and their water is safe to drink.”

Later, however, investigations found that the EPA had no basis for its pronouncements about air quality. A 2006 study by New York’s Mount Sinai Hospital found that “seven out of ten World Trade Center rescue and wreckage workers had new or worsened lung problems after the attacks.” The chemicals and toxic dust from the towers had a long-term health effect on rescue workers, and for many survivors of 9/11, the results were deadly. Thousands of workers and residents suffered respiratory problems, diseases and deaths.

This hidden killer remains among us today

Since 2002, the Mount Sinai Selikoff Centers for Occupational Health, part of a national consortium of Clinical Centers of Excellence of the federal World Trade Center Program, has screened more than 39,000 of the 9/11 rescue and recovery workers and volunteers. The World Trade Center Health Data Center at the Icahn School of Medicine at Mount Sinai has confirmed 2,294 cancer cases from 2002 to the present day. Available data through 2010 showed there was approximately a 20 percent increase in cancer incidence in the 9/11 rescue and recovery workers compared to the general population, with a particular increase in thyroid and prostate cancer, myeloma and leukemia.

And the 9/11 heroes are not the only victims of asbestos. A recent National Institute for Occupational Safety and Health study in San Francisco, Chicago and Philadelphia found that “firefighters in the study had a rate of mesothelioma two times greater than the rate in the U.S. population as a whole.”

History is a great teacher to those who listen

On the anniversary of 9/11, however, Congress is instead about to vote on legislation that will put that day’s heroes at greater risk. The so-called FACT Act (H.R. 526) – authored by Rep. Blake Farenthold, R-Texas, and backed by big asbestos corporations and insurance companies – would delay and deny compensation to those who are or will become sick from asbestos-related diseases, likely as a result of their bravery on 9/11. (Read more about the Farenthold bill and its implications for fire fighters and first responders in this op-ed by Heather White, executive director of EWG and EWG’s sister organization EWG Action Fund.)

For those who fight the consequences of the deadly dust, Congress should also ensure that funding for the James Zadroga 9/11 Health and Compensation Act of 2010 continues into perpetuity.

As a mesothelioma widow, I know firsthand that each life lost to a preventable disease is heartbreaking. That there are still thousands of asbestos-related deaths is unconscionable.

Linda Reinstein is the co-founder and president of the Asbestos Disease Awareness Organization, a nonprofit focused on asbestos awareness and preventing related diseases through education, advocacy, and community efforts.