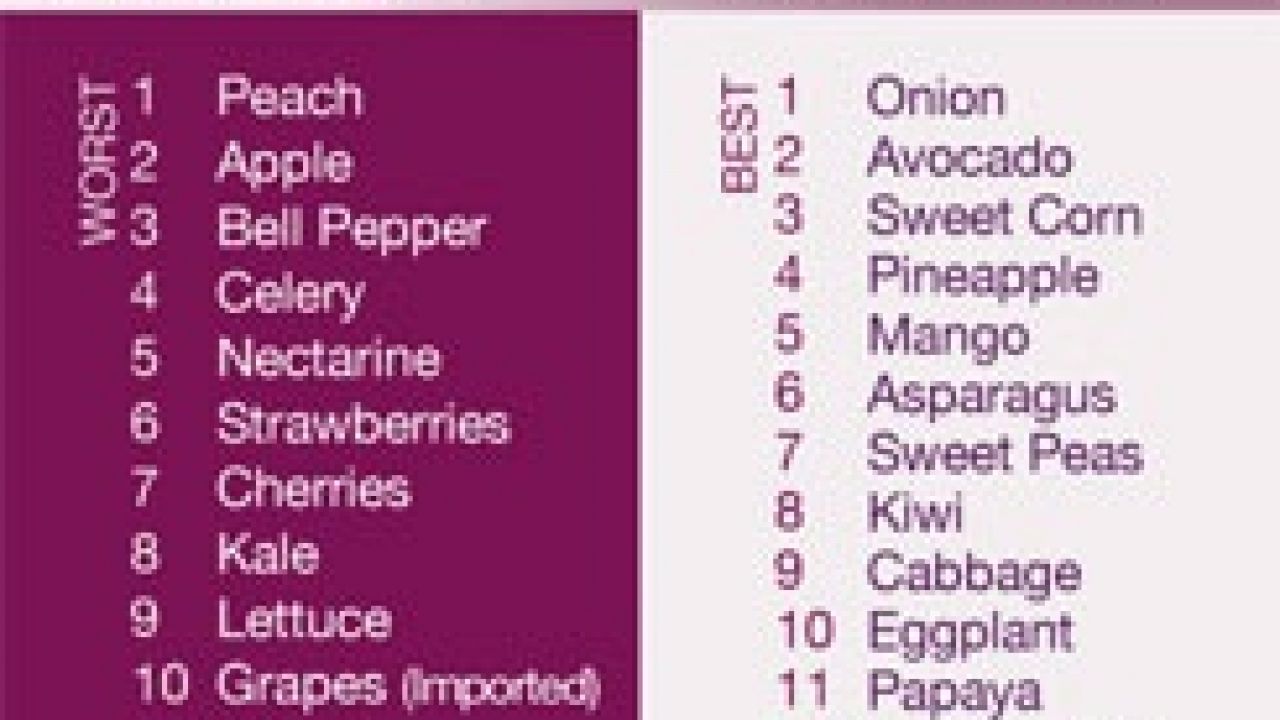 Well, as we do each year, EWG released (on June 19) the latest Shopper’s Guide to Pesticides in Produce and as we suspected, eaters around the country are still concerned about high levels of toxic pesticide residue on their fruits and veggies.

Based on the U.S. Department of Agriculture’s most recent round of pesticide residue tests of popular fruits and veggies, here are the new “Dirty Dozen” and “Clean Fifteen”:

New to the Shopper’s Guide:

The Dirty Dozen Plus

This year we have expanded the Dirty Dozen™ with a Plus category to highlight two crops -- green beans and leafy greens, meaning, kale and collard greens – that did not meet traditional Dirty Dozen™ criteria but were commonly contaminated with highly toxic organophosphate insecticides.  These insecticides are toxic to the nervous system and have been largely removed from agriculture over the past decade. But they are not banned and still show up on some food crops. For this reason, EWG lists these on the new Dirty Dozen Plus™ as foods to avoid or to buy organic.

For the first time since the inception of its pesticide testing program in 1991, USDA looked at pesticide residues on baby food. Department scientists analyzed about 190 samples each of prepared baby food consisting of green beans, pears and sweet potatoes.

Pears prepared as baby food showed significant and widespread contamination.  Fully 92 percent of the pear samples tested positive for at least one pesticide residue, with 26 percent of samples containing 5 or more pesticides and 15 different pesticides on all samples. Disturbingly, the pesticide iprodione, which EPA has categorized as a probable human carcinogen, was detected on three baby food pear samples.

There was a bit of good news: Sweet potatoes sold as baby food, a Clean Fifteen™ crop, had virtually no detectable pesticide residues.

The extent of pesticide contamination documented by USDA’s baby food tests highlight the need for the department to accelerate testing of baby foods and for EPA to reduce further the organophosphate pesticide exposures allowed for Americans, especially infants. EWG will ask USDA to include baby food going forward during its annual pesticide residue tests.