Roundup at Recess? How to Get Cancer-Causing Pesticides Off Your Local Playground 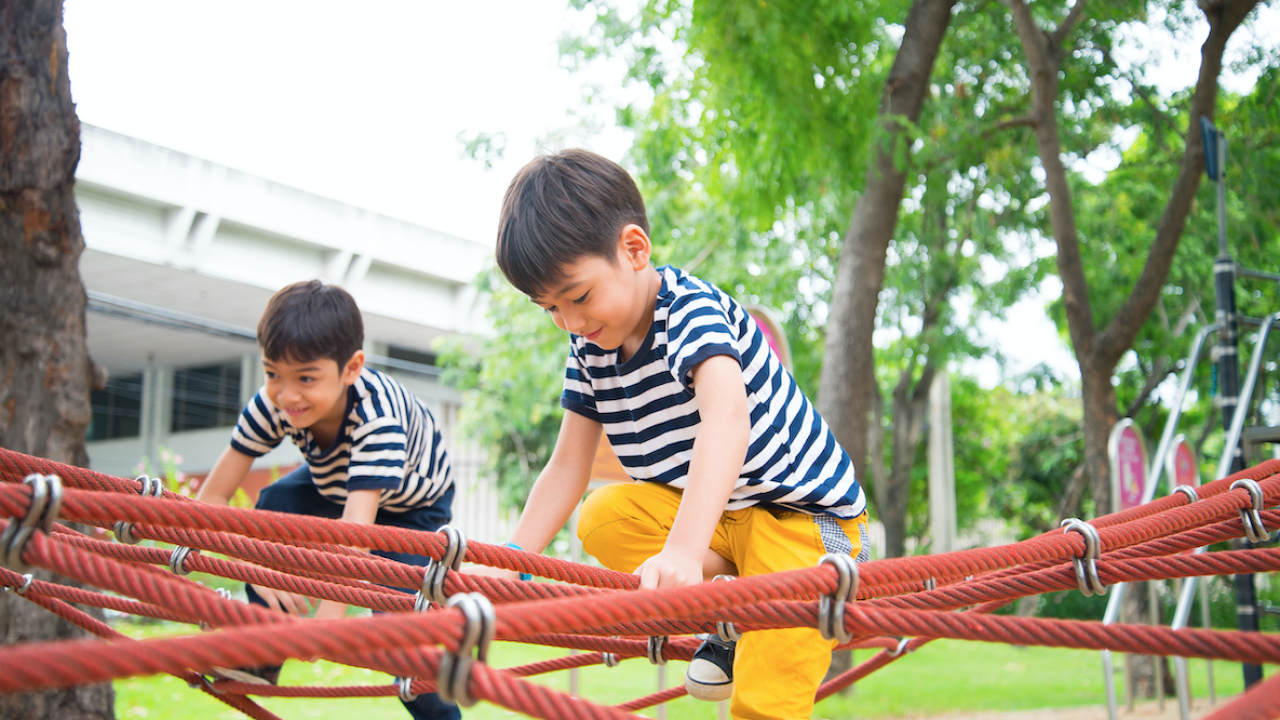 Ready for some good news about the environment? Two University of California, Berkeley alumnae recently succeeded in convincing the entire UC system to suspend its use of the cancer-causing pesticide glyphosate in its landscaping. If they can do that, maybe we all can accomplish something similar in our neighborhood schools, parks and playgrounds.

Glyphosate is the active ingredient in Bayer-Monsanto’s pesticide Roundup, in addition to many other commercial pesticides. Glyphosate is known to cause cancer in humans, with exposure a particular risk for children and the developing fetus. It’s the most commonly used pesticide in the world and has been found to contaminate air, water and soil across vast expanses of the U.S. It shows up in the food Americans eat every day.

Two years ago, the coach of the UC Berkeley beach volleyball team warned players to put their shoes on before retrieving balls that roll off the sand court onto the surrounding grass – because the grass had been sprayed with glyphosate. Two players decided to do what they could to address the problem of pesticide use on their campus. Earlier this year, the network founded by the women, Herbicide-Free UC, succeeded in getting glyphosate suspended from the entire system. Dewayne Lee Johnson, the school groundskeeper who recently made headlines after winning $78 million in his lawsuit against Monsanto, is one of the organization’s advisors.

Removing cancer-causing pesticides like glyphosate out of your kids’ green spaces is arguably even more important. In an influential 1993 report, “Pesticides in the Diets of Infants and Children,” the National Academy of Sciences said that about half of total lifetime exposure to pesticides comes during the first five years of life. Combined with children’s increased vulnerability to harmful pesticides, this means it’s critical to decrease children’s exposure to pesticides, especially in places where kids play and spend time every day.

In addition to avoiding pesticides’ health costs, there are other advantages to adopting less toxic pest management practice. Herbicide-Free UC founder Mackenzie Feldman acknowledges there are upfront costs, “but you save money and water by not having to use chemicals. With healthy soil, the ground is able to store much more water.”

To protect your children from exposure to harmful pesticides:

Target the low-hanging fruit. It makes sense to tackle the “easy” changes before launching an ambitious agenda. Start by reducing your kids’ exposure to glyphosate in their regular diet by switching to organic oats and other organic foods. EWG research shows that most conventional oats and oat products contain glyphosate residues at levels higher than what EWG scientist consider protective of children’s health with an adequate margin of safety.

Get informed. Find out what your community already does. Your municipality or school may already have a policy on the books that just isn’t being followed. Approach municipal or school representatives armed with info about the dangers of glyphosate, especially for young children and the developing fetus. These talking points and guides like this and this will help get you started.

Propose options. The group teamed up with university administration and groundskeepers to develop alternate pest control and then recruited other students to help implement the changes. One key to Feldman’s success was focusing initial efforts on highly trafficked spaces.

Avoid “regrettable substitution.” Don’t make the mistake of getting glyphosate removed from regular use just to find your kids’ playground doused in something even worse. Some pesticides are being touted as less-toxic alternatives to glyphosate, but their lower toxicity isn’t a given.

Training and accountability for groundskeepers and volunteers are critical. Otherwise, says Feldman, they might wind up swapping out glyphosate out for another toxic pesticide.

Consider upfront costs. There are a limited number of alternatives to toxic pesticides. But a systematic approach will bear fruit. That way, Feldman says, instead of “swapping out one chemical for another, you make the soil healthy by applying compost tea, which increases the microbial life in the soil and prevents unwanted weeds from popping up.”

Stay vigilant. Even after you succeed in getting pesticides out of your kid’s school, you’ll likely want to caution him or her to stay off the grass. Depending on the amount and strength of the pesticide that’s used, it can remain in the area for hours, days or even months.

Although it may not happen overnight, these changes are feasible, and without the burden of extraordinary time or cost. Above all, look at grounds management as a community activity. Following the suspension of glyphosate use at UC Berkeley, when weeding was needed, the university recruited students to help – after all, it’s a tried-and-true way to accrue service hour credits.