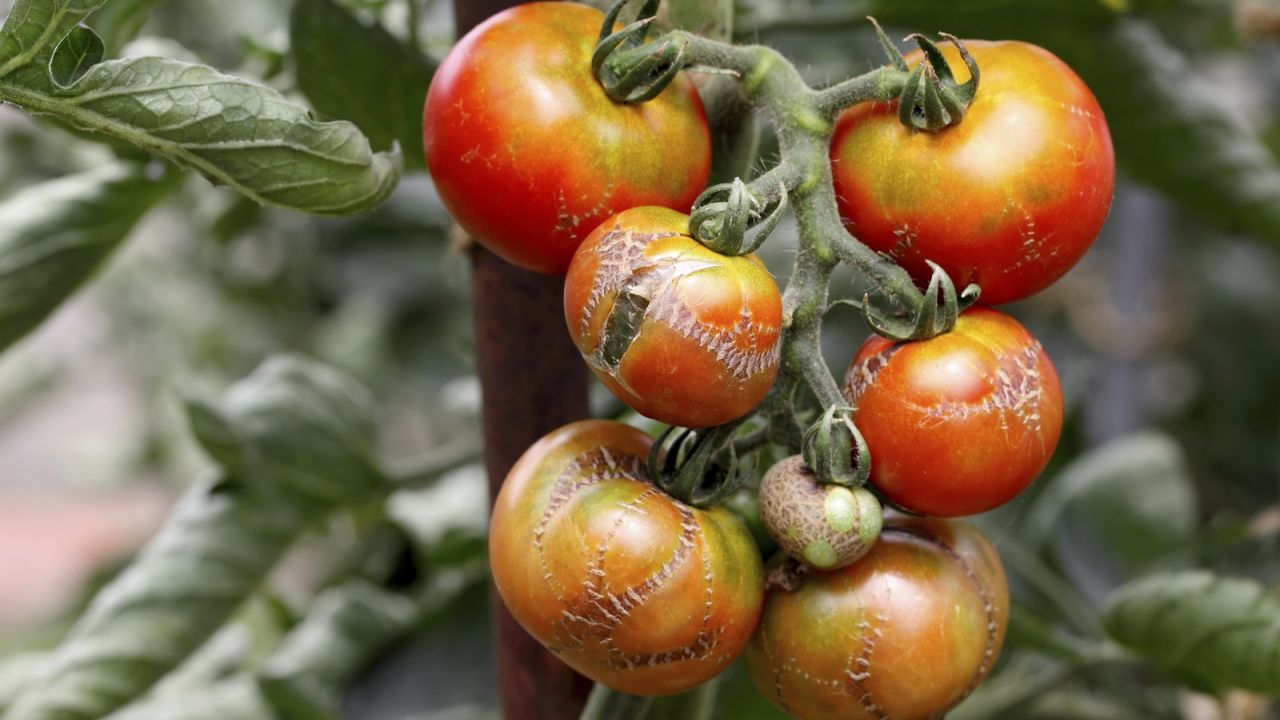 More than 440,000 acres of food crops – including potatoes, peas, grapes and tomatoes – could soon be in the toxic spray zones of a weed-killing chemical linked to Parkinson’s disease and reproductive and immune system problems, now that the Obama administration has approved a new herbicide for widespread use, an EWG analysis shows.

Dow AgroScience’s new weed killer combination of 2,4-D and glyphosate, marketed as “Enlist Duo,” may do more than wreak havoc on human health and the environment and put school children at risk. The herbicide also poses a danger to nearby food crops susceptible to damage caused by 2,4-D.

Fruit and veggie farmers already know that 2,4-D doesn’t always stay where it’s sprayed. Those who learned the hard way have lost crops or even their organic certification to the chemical trespassing known as “drift.” Because 2,4-D kills broadleaf plants – and doesn’t distinguish between weeds and crops with broad leaves – many fruit and vegetable varieties grown near fields sprayed with 2,4-D are vulnerable to drift damage.

Click on the interactive map below to see where fruit and vegetable crops may be too close for comfort to fields that could soon be blanketed with 2,4-D. 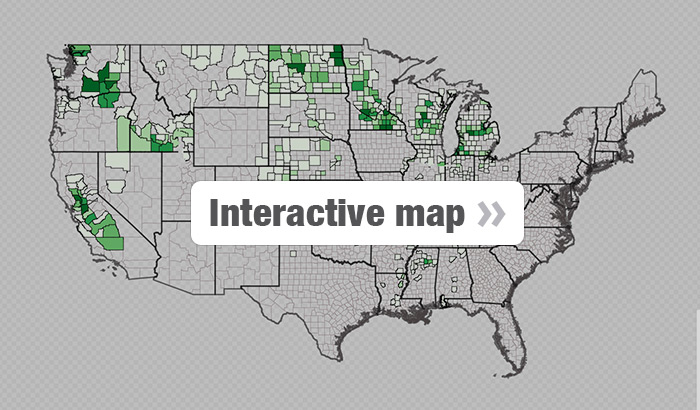 Moreover, soybean farmers who choose not to plant Dow’s new genetically engineered 2,4-D-tolerant soybeans would also be at increased risk of drift damage from Enlist Duo sprayed by their neighbors.

The Environmental Protection Agency’s approval of Enlist Duo is expected to increase 2,4-D usage nationwide by 200-to-600 percent by 2020, according to USDA. Not since approving Monsanto’s Roundup herbicide for use on Roundup Ready crops in 1996 has the agency OK’d a toxic weed killer for such widespread use.

Now that the Obama administration has sped up the chemical treadmill, the fight to label foods that contain genetically engineered ingredients is more important than ever. With more than 90 percent of Americans in favor of labeling GE food, it’s clear that consumers want to know more about how their food is produced – including methods that lead to a huge increase in spraying a harmful defoliant next to food crops.

EWG identified corn and soybeans fields defined by the USDA’s 2013 Cropland Data Layer as a proxy for areas subject to potential 2,4-D spraying in the contiguous United States. The standing corn and soybean footprint was then filtered to include only contiguous areas greater than 10 acres. Zones of 200 ft. and 1,000 ft. were mapped around the filtered corn and soybean areas. The cropland data layer was then used to locate food crops – specifically blueberries, carrots, cucumbers, grapes, lentils, peas, potatoes, sweet potatoes, tomatoes and watermelons. The pixels of food crops that intersected with the 200- and 1,000 ft. zones were then filtered to show only contiguous areas greater than five acres. The universe of food crops that fell within those zones was then summarized by county.

EWG recognizes that spatial analyses of this kind may include some level of error based on misclassification of crop fields, but the USDA maintains a high level of accuracy in classifying agricultural land cover.