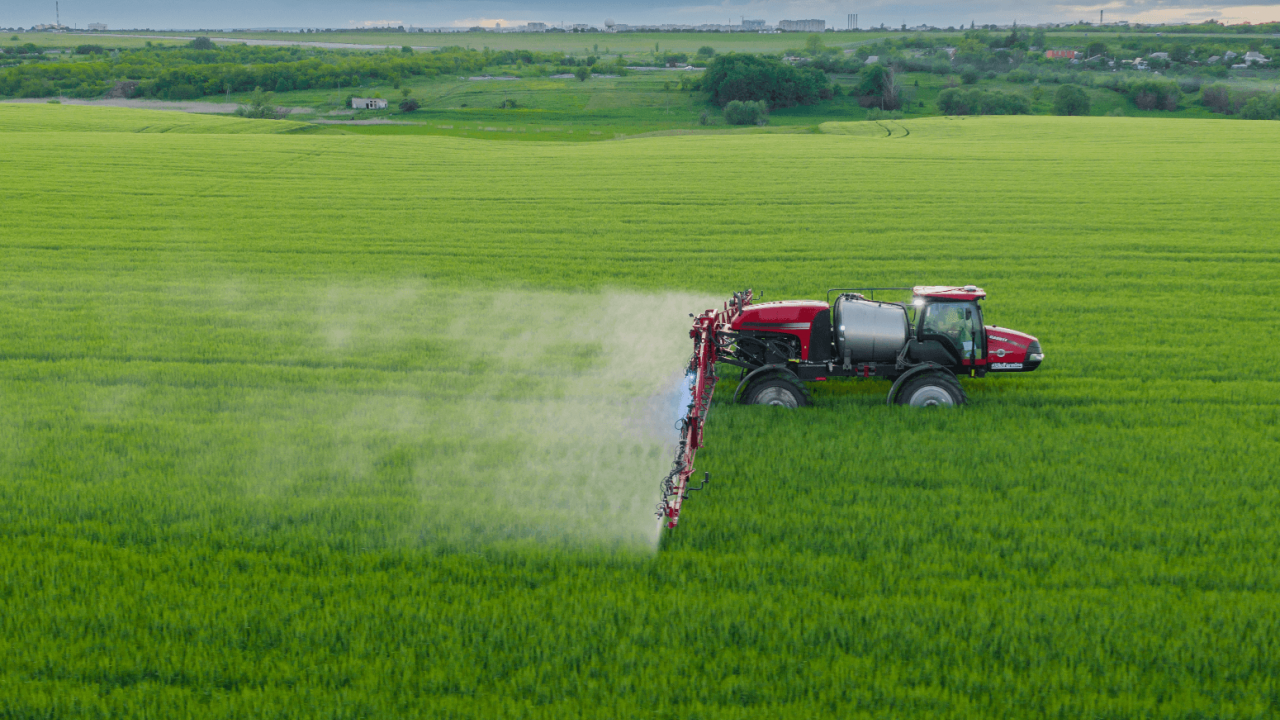 Mike Tauber, a plumber by trade, grew up and now lives on the outskirts of Hackensack, a town of 300 located within 10 miles of 127 lakes in north central Minnesota’s Cass County.

Hackensack is also on the eastern boundary of the Pineland Sands region, where for 30 years the RD Offutt company has been clear-cutting the area’s namesake trees – jack pines – to expand its massive, industrial-scale potato-growing empire. RDO is the nation’s largest potato grower and a McDonald’s supplier, farming 190,000 acres across several states. It also has annual profits projected at $2.5 billion.

Its impact can be felt closer to home, too. When the Taubers moved from east to west Hackensack, they saw firsthand how RDO’s chemically intensive potato-growing operation poisons drinking water.

“We watched our neighbors lose their well water to chemical contamination,” Tauber said. “Their nitrate levels are really high and have been for a while – one is now at 29 and another at 34” milligrams per liter, or mg/L. “We’re in the middle of this giant chemical experiment.”

The nitrates in the Tauber’s community’s water come from chemical fertilizer applied to crops like potatoes and corn. When nitrate fertilizer runs off farm fields or seeps into groundwater, it contaminates lakes, rivers, streams and drinking water wells. The tap water of 500,000 Minnesotans is now contaminated with elevated nitrates, and the state has long recognized that agriculture is by far the biggest source of this pollution.

Under the federal Clean Water Act, the legal limit for nitrate in drinking water is 10 mg/L, far below the sky-high contamination levels in the wells of Tauber’s neighbors. And newer research indicates that drinking water with 5 mg/L or even lower is associated with higher risks of colorectal cancer and adverse birth outcomes, such as neural tube birth defects.

It’s not just nitrate fertilizer pollution in water that threatens the environment and health of the Taubers and their neighbors. Helicopters regularly spray chemicals over RDO potato fields to kill weeds and insects – sometimes in midflight inadvertently dousing families out for walks. After application, chemicals sprayed aerially or through irrigation equipment also drift onto surrounding properties and potentially into the open windows of homes and cars. “You check to see which way the wind is blowing before stepping outside. You can smell it,” Tauber said. “I’ve called the RDO farm manager about the spraying before and told him, ‘You’re going to have casualties.’”

Brenda Davis lives 15 miles to the west of the Taubers, in Hubbard County, and has lived on Mow Lake since moving from Fargo 30 years ago. She works for the county.

“It’s a small lake. If you see five boats at a time, that’s a miracle. [It’s] always been a combination of country and farm living. And it has been amazing … until …,” she said, her voice trailing off. She’s referring to 2016, when Davis took out the trash and noticed something strange about her neighbor’s cows. “They were just swaying in the wind and then they fell over dead.”

“They had extra spray,” Davis continued, “and RDO had decided to spray it onto the pasture and then the rancher turned his cattle out sooner than expected.”

The same year Davis walked out of her front door and into a mass cow casualty incident, she and her husband decided to split their property to build a new house. “We had to get a water test done, and I was shocked when it came back with 22 mg/L nitrate contamination,” she said. She alerted her neighbors, and each of the 12 other homes on her road came back with similarly high results – levels that coincided with the recent conversion of neighbors’ property to irrigated potatoes. As a result, Davis says, “We’ve all had to put in reverse osmosis systems or buy bottled water.”

In a state like Minnesota, where people take great pride in pristine lakes and streams, it is shocking that RDO has been able to clear-cut the forest and pollute the water with reckless abandon and no meaningful environmental review. The company has accomplished its expansion goals by playing a shell game of land swapping with small farmers.

Using small famers as a shield is not RDO’s only tactic, according to Tauber. He suspects RDO also has several longtime allies ensconced in state regulatory agencies. “This is the seventh petition for environmental review that we’ve worked on,” he said. “As you go back and read previous petitions, you start seeing the same names, maybe in different roles, at the Pollution Control Agency, Department of Natural Resources and Department of Agriculture. You start to realize there has to be some level of complicity here. You can’t go 30 years at DNR or other agencies and come from these regions and not know what’s going on.”

RDO also uses intimidation tactics to silence concerned community members. Tauber explained: “I’ve heard people to the west say that if they called and complained about helicopter spraying, they would come earlier, at 5 a.m. On a Saturday.”

Fifteen miles to the west, Brenda Davis says she isn’t against farming. “But the agriculture they do here doesn’t belong on these sandy soils,” she said. “I feel sorry for the farmers up in this neck of the woods. They want to make a living, too, but I know as soon as they lease to RDO, there’s going to be another irrigation well drilled, more land cleared.” When asked what she thinks is the most critical message to pass along to policy makers who could make a difference in the Pineland Sands, Davis sighed and said, “This morning before I got out of bed, all I could hear was the sound of RDO’s irrigation system running. You get used to it after a while, just like the helicopters that fly overhead to spray. The state needs to quit issuing irrigation well permits. We know what they’re going to be doing is going to contaminate drinking water, especially up in the sand country.”