Money Where Our Mouths Are 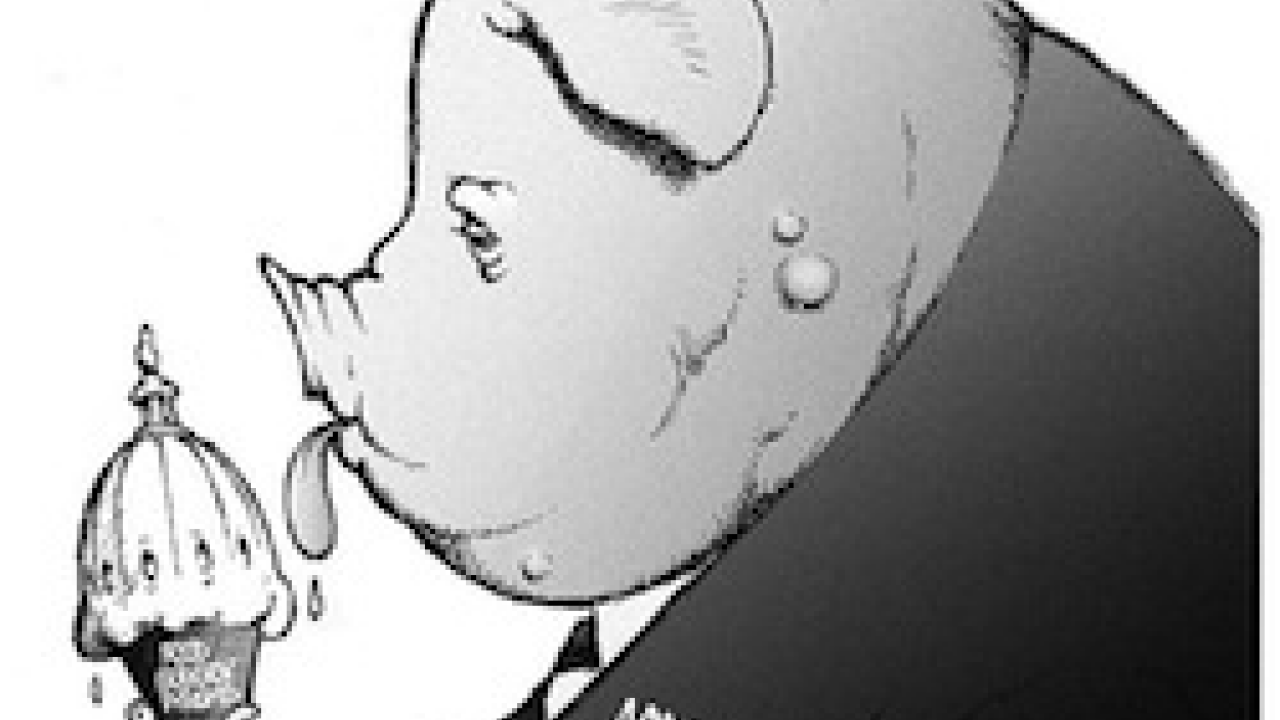 Food and agriculture policy always comes down to money: how federal dollars will be prioritized and spent. If anyone needed reminders of this dynamic, 2010 provided at least two. The lesson to be drawn from both is very simple. If “civilians” (as in taxpayers) don’t stand up in politically significant numbers to demand different priorities, the farm subsidy lobby and other vested interests will maintain their iron grip on spending for programs that those in the good food movement don’t like. At the same time, the entrenched lobbies will slash or block the investments in healthy eating and conservation that sustainable farming advocates embrace.

President Obama proposed adding an average of a billion dollars a year ($10 billion total) to the school lunch program as part of the Child Nutrition Act reauthorization. He had to settle for less than half of that. But under the “pay-as-you-go-rules” of the last Congress, any increase had to be offset by either dedicated tax revenues or spending cuts in other programs. The president proposed no specific offset, and Congress eventually opted to cut spending. At one point, the school lunch increase was going to be funded through cuts to food stamps as well as conservation programs that protect clean water sources.

What about cutting the millions in federal payments to the largest growers of corn and soy who are enjoying a white-hot agriculture economy? That wasn’t even mentioned.

In the end, the law Obama signed on Dec. 13 funded the modest boost in school lunch spending by cutting the food stamp program (now called the Supplemental Nutrition Assistance Program, or SNAP). Those SNAP funds had been added as an emergency measure via the stimulus package in February 2010. Many advocacy groups opposed the SNAP cut, and many Democrats accepted the trade-off reluctantly or voted against the bill. The President vowed to find a way to restore the funding.

Just after he returned from his holiday break in Hawaii, Obama signed the Food Safety Modernization Act into law. It’s the first serious modernization of FDA’s food safety authority since the 1930s. An estimated $1.4 billion in new spending will be required to pay for badly needed food inspections, among other important functions. But before the presidential ink had dried, Republicans were vowing to essentially kill the most important elements of the new law by blocking the spending to implement it – and maybe slashing the FDA budget even further.

Beyond those fresh examples of how food policy comes down to money – and the power of the well-heeled corporate interests that crave more of it – contemplate the implications of some important post-election procedural changes that Congress is making.

Under rules announced by the new Republican House majority, it will no longer be possible to offset new spending by raising tax revenues – the approach that lubricated passage of the 2008 Farm Bill. That’s because House Republicans have replaced “pay-as-you-go” with “cut-as-you-go.”  Only spending cuts, not “revenue raisers,” can be used to make up for new programs or spending. (Defense, homeland security, veterans programs and tax cuts are exempt. The Center on Budget and Policy Priorities has a rundown on the new rules.)

That doesn’t mean that the House rules will dictate the outcome. Democrats still control the Senate and White House, so we can expect plenty of horse-trading. But clearly the new Congress is going to force the kind of politically tough choices that many food and agriculture system reformers would prefer to dodge.

Those of us in the advocacy world can meet, tweet or blog ad nauseam with one another, dreaming up policy ideas in support of local or organic food, more fruit and veggies in schools, wildlife habitat or clean water, but what we need to do is to build the lobbying and grassroots muscle to turn ideas into funded realities. That means taking on the subsidy lobby; for instance, taking a bite out of the $5.2 billion per year in direct payment crop subsidies going out to the wealthiest landlords and farmers in a period of record earnings for those crops.

Nothing wrong with blogging, but to paraphrase Truman Capote, that’s not advocacy. That’s typing.

Unless we’re willing to settle for budget crumbs or cuts in programs we favor, reformers are going to have to step up with offset ideas and build a winning case for them.

At EWG, we’re not willing to settle for crumbs or cuts in programs that have either been perennially underfunded or are new and needed but just happen to fall outside the perquisites of the subsidy lobby. We plan to inform, organize and fight hard for a fairer, healthier, environmentally saner food and agriculture system.

We need phones to ring. We need warm bodies to show up—with attitude. You know, like the Tea Party.

Think of it this way: after all the hype in recent years about our broken food system, reformers couldn’t prevail on Congress to adopt President Obama’s decidedly measly spending increase to improve school lunch for America’s kids without cutting food assistance for poor people. That increase that could have been paid for with a modest cut in wasteful direct payments to the most prosperous agribusiness operators. In fact, EWG proposed exactly that alternative to the Senate’s original proposal to cut both the food stamps program and conservation.

That tells us something about the hard work ahead in the much tougher budget and political environment of 2011-2012. But as I’ll describe in later posts, the advocacy community has risen to this farm bill challenge before and won. We can do it again.