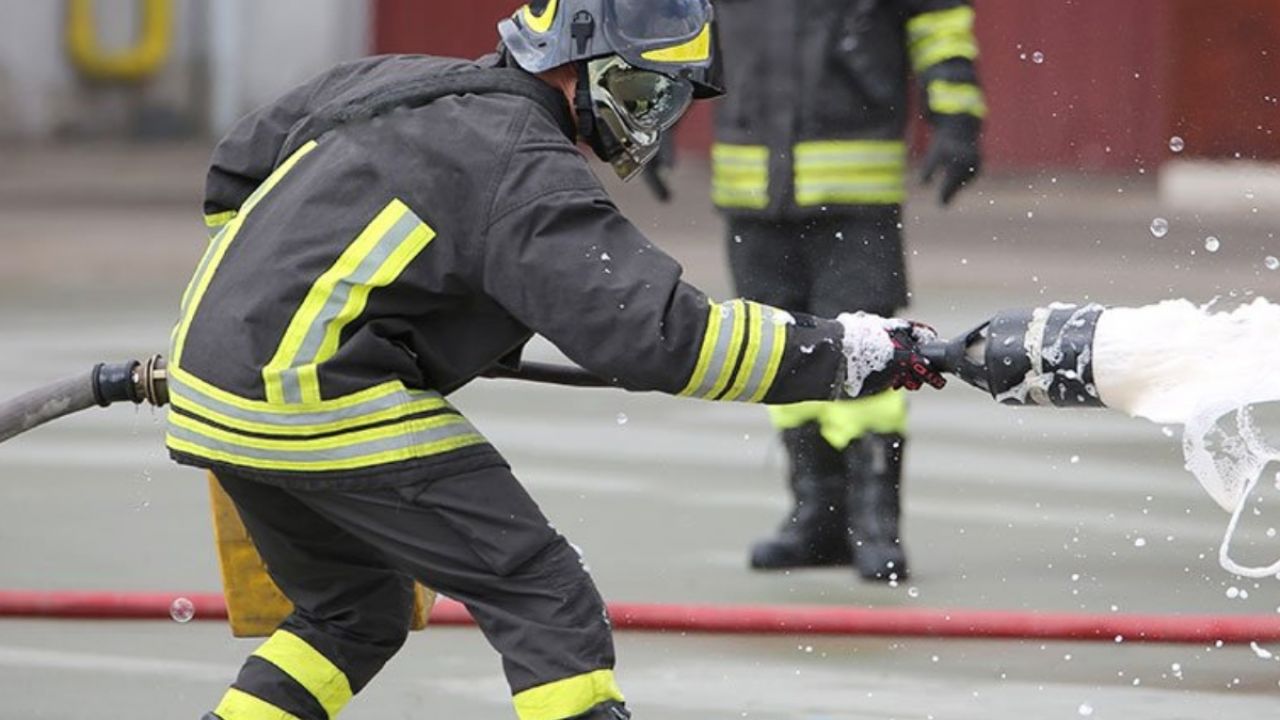 Firefighting foam is one of the most significant sources of water contamination from the toxic fluorinated chemicals known as PFAS. PFAS-based firefighting foams have been widely used by the military, fire training centers and airports for five decades, even though the Pentagon has known since the 1970s that PFAS is toxic.

PFAS is the key ingredient in a special kind of firefighting foam – aqueous film-forming foam, or AFFF, typically used on high-heat fuel fires. For decades, AFFF discharged during fire emergencies and routine training exercises has resulted in large releases of PFAS into nearby drinking water sources. In some kinds of training exercises, entire hangars are filled with PFAS-laden AFFF and then released into the environment.

PFAS are known as “forever chemicals,” because once released into the environment, they never break down. They also build up in our bodies, where they can stay for decades. PFAS chemicals are associated with cancer, reproductive and developmental harms, and harm to the immune system.

We shouldn’t wait that long.

Viable alternatives to AFFF are already on the market, already meet the international aviation standards used by airports all over the world and should be adopted by the military and airports immediately. As of April 2019, there were more than 100 fluorine-free foams available from 24 manufacturers.

Firefighters in particular should not have to wait. Studies show that firefighters have higher levels of PFAS in their blood serum than the average American.

Although PFAS-based and PFAS-free foams do not perform identically, firefighters can adjust their tactics to ensure the effectiveness of PFAS-free foams. Unfortunately, as Randy Krause, fire chief at Seattle-Tacoma International Airport, explained in testimony before the Washington State Senate, tests often do not account for firefighting tactics and techniques that enhance the performance of fluorine-free foams, making them appear less effective than they are in practice.

PFAS-free foams are already being used successfully by airports, militaries, and oil and chemical companies across the globe.

Because effective alternatives are already widely available, neither the military nor the Federal Aviation Administration should wait to change their regulations to allow for fluorine-free foams. But there is reason to worry that government tests will be manipulated to maintain the status quo.

The FAA insists on conducting its own tests and has built a new facility where it has conducted extensive tests of fluorine-free foams. Instead of delaying action by conducting duplicative tests, the FAA should quickly move forward to allow airports to use fluorine-free foams that meet international aviation standards.

Last year, 31 environmental groups urged FAA acting Administrator Daniel Elwell to move right away: “Outside of the United States,” the groups wrote, “major airports have adopted PFAS-free foams that meet the ICAO B standard. There is nothing to prevent FAA from immediately making this change to allow US airports to meet this standard.”

Likewise, military specifications for firefighting foam still require the use of PFAS. The Department of Defense should move quickly to change its regulations and should make the switch to fluorine-free foam before 2024.

There is huge momentum toward ending the use of PFAS-based foams. States and countries are banning it, foam manufacturers are making PFAS-free foams, and there is a new green certification to ensure they are safer. We are headed toward a PFAS-free future. It’s time for the FAA and the Pentagon to catch up and step up to protect drinking water, firefighter health and all of us from these dangerous chemicals.