How To Avoid Brain-Damaging Chlorpyrifos in Milk and Produce 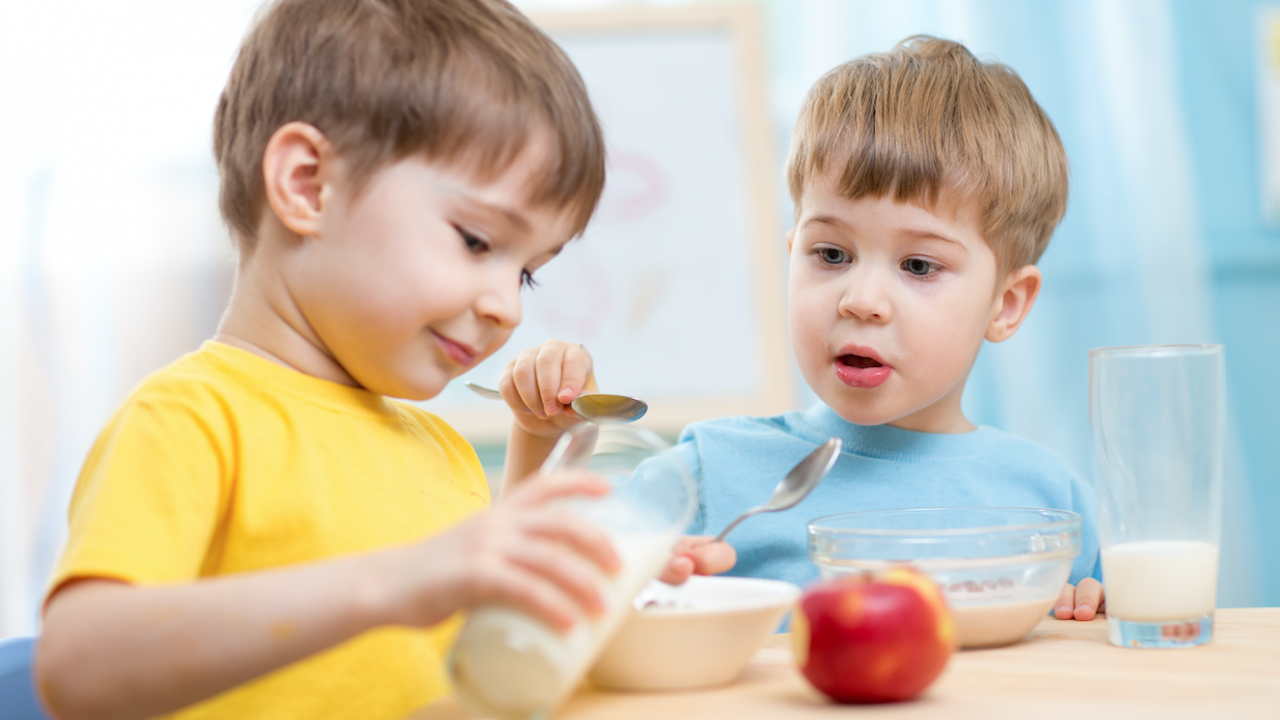 You may know that many conventional oat cereals contain troubling amounts of the carcinogenic pesticide glyphosate. But another toxic pesticide may be contaminating your kids’ breakfast. A new study by the Organic Center shows that almost 60 percent of the non-organic milk sampled contains residues of chlorpyrifos, a pesticide scientists say is unsafe at any concentration.

But by making a few changes to your grocery list, you can avoid the foods most likely to be contaminated with chlorpyrifos. Here’s what you need to know about this chemical.

Chlorpyrifos is a neurotoxin – it affects the nervous system and brain, and even small amounts of exposure can cause permanent health damage to babies and children. These health effects can include impairment of children’s IQ and harm to the parts of the brain that control language, memory, behavior and emotion. A new study from the University of Southern Denmark also links chlorpyrifos exposure in pregnant women to ADHD in their children.

Because millions of pounds of chlorpyrifos are sprayed on crops every year, most Americans are exposed to it through milk, fruit and other produce. Research by the Environmental Protection Agency found that babies and developing fetuses are exposed to about five times more chlorpyrifos than what the EPA’s standard deems safe, and children consume chlorpyrifos at 11 to 15 times the EPA standard.

Despite this, in 2017 the Trump EPA decided to ignore science in favor of the pesticide industry and cancelled a proposed ban on chlorpyrifos. Now the EPA won’t act to keep it out of milk and produce for at least another five years. While the EPA waits to evaluate chlorpyrifos again, roughly 30 million pounds of this chemical will be sprayed on crops, risking the health of children across the U.S.

The EPA’s failure to ban chlorpyrifos has even more harmful consequences for farm workers and their families. According to The Guardian newspaper, parents in California’s Central Valley, which has some of the heaviest use of chlorpyrifos in the country, fear that drifting clouds of pesticides are causing their children’s chronic health problems, including learning problems and attention deficit disorders. They’re just not sure about possible solutions.

“We know this is dangerous for the kids,” said one mother of five, “but what are we supposed to do?”

EWG supports a complete ban on chlorpyrifos, such as a bill currently under consideration in the Senate. EWG is also urging grocery stores to stop supplying foods that could have residues of chlorpyrifos.

In the meantime, switching to organic milk and organic versions of the most potentially contaminated produce is a great way to cut this pesticide out of your diet. Chlorpyrifos residues are most often detected on some imported produce, so skip buying peaches and nectarines imported from Chile, bell peppers and hot peppers imported from Mexico, and domestic and imported cilantro.

Grace Francese is an EWG communications intern through the Stanback Internship Program at Duke University.