Headed to a Lake This Summer? This Is How to Protect Your Kids from Toxic Algal Blooms. 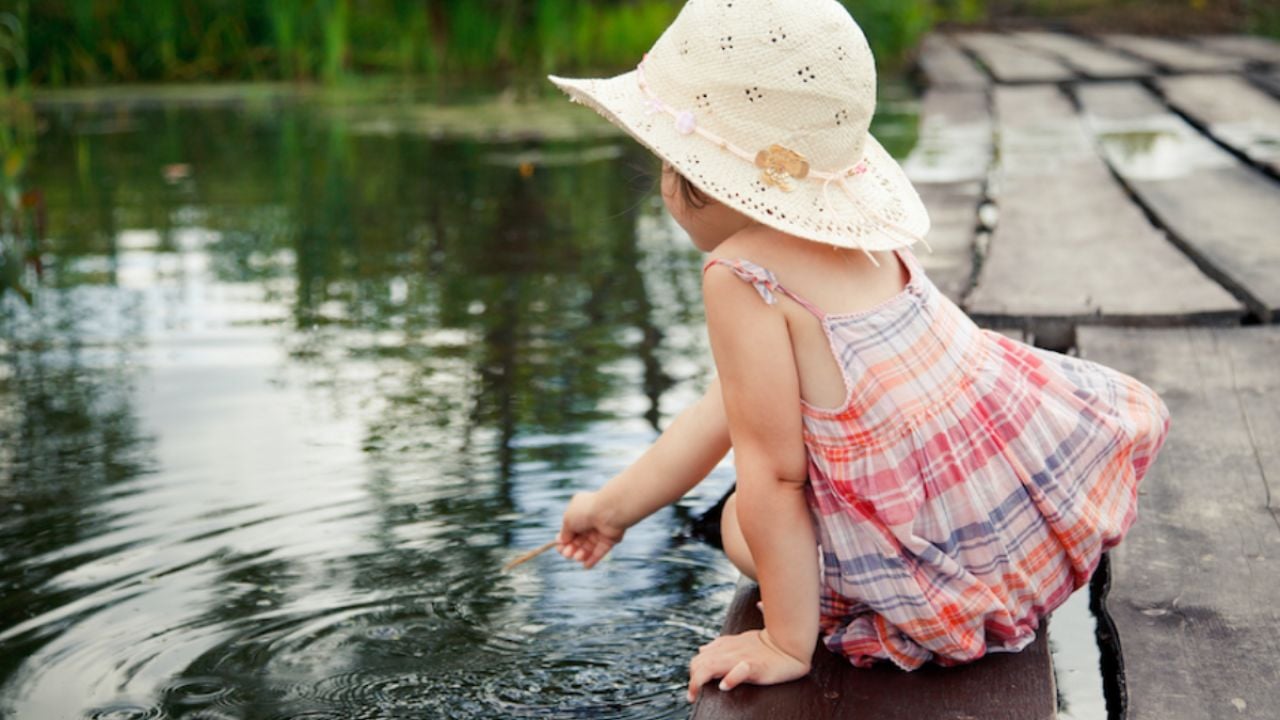 Across the U.S., there is a growing epidemic of harmful algal blooms – also known as blue-green algae – polluting lakes, rivers and swimming holes, EWG reported this month.

It is unlikely you would let your kids or pets swim in smelly, slime-covered water. But even playing along the shoreline is ill-advised when there is a bloom. Here are the facts you need to know before your family’s lake or beach vacation.

How can I identify a harmful algal bloom?

It can be hard to tell by looking if a pond is full of toxic algae or innocuous plant material. Scientists and public health officials use specialized tests to identify harmful algal blooms, and to determine when the risk of algal toxins has passed.

But when pond or lake water looks a green soup, it is likely full of tiny blue-green algae. These organisms are an ancient type of bacteria, called cyanobacteria. They grow wherever there is water.

Unlike other types of bacteria, which can make children and adults sick by infection, cyanobacteria can make people sick through the toxic substances they produce. These cyanotoxins can cause rashes, itching, vomiting, diarrhea and headaches. In rare cases, water laced with cyanobacteria and their toxins can cause seizures, paralysis and liver failure, which can kill a human or a pet.

For families with children and pets, it is best to avoid all bodies of water that look green and overgrown. They may contain toxin-producing cyanobacteria.

Tip: Read and follow any posted warnings. If the lake or pond looks green or another strong color such as blue, yellow or brown, it’s best to avoid it. The water may or may not contain harmful cyanotoxins, but it’s better to err on the side of caution.

Can my children play near a lake or pond with an algal bloom?

When a lake has a harmful algal bloom, cyanotoxins can be found in the water and in algal scum on the shore. Activities like boating and waterskiing, or waves crashing on the beach, can release cyanotoxins into the air above and around contaminated lakes.

Swimming is the most worrisome activity, because children and youth might swallow a few gulps of contaminated water. In 2002, a teenage boy died in Wisconsin after swimming in a golf course pond covered with blue-green algae. Such severe poisonings are rare, but children across the United States are at risk from accidental exposures.

Even when they don’t swim in contaminated water, children are especially vulnerable to cyanotoxins. Children might inhale cyanotoxins when playing along the shoreline, boating or splashing in the water. Small children often put their hands in their mouths – this can be dangerous if they’ve touched algal scum on the shoreline or in the water.

Tip: Just touching the water or playing in sand next to an algae-filled lake could cause coughing, rashes and itching in children.

Tip: Warn teens about algal blooms if they are visiting a lake or pond without adult supervision.

What happens if you have accidental contact with toxic algae?

Watch out for symptoms that may seem like the flu or a GI infection. This includes vomiting, diarrhea, coughing, weakness, cramping and headaches. Symptoms can develop within a few hours of exposure. Seek immediate medical attention if you suspect you or your child has been exposed to a harmful algal bloom. Physicians can report algal poisoning events to state agencies that test water and post warning signs.

Tip: If you think your child has come in contact with an algal bloom, rinse their body with water and make sure they drink plenty of water as soon as possible.

Tip: Pay close attention if your child has unusual symptoms after playing in or on the water. Contact your physician or local Poison Control Center for advice.

Can my family go fishing?

If you are going fishing, it’s best to head to a flowing body of water like a river. Otherwise, choose a lake or pond that isn’t covered in scum, and read local fish advisories.

When cyanotoxin levels are high, you may see dead fish floating in the water. Fish can absorb these poisonous substances, so eating a fish caught in algae-laden water could be like swallowing a spoonful of lake water itself. Cooking fish does not destroy cyanotoxins.

Can my family go camping?

Water purification during camping is key! Boiling water kills cyanobacteria, but does not destroy their harmful toxins. Avoid using such water for cooking or drinking, even if it’s been boiled. Public health agencies recommend avoiding all lake and pond water when it looks cloudy. This includes using it to rinse dishes or bathe.

How widespread is the problem?

Cyanotoxin poisonings are likely underreported for two reasons: They’re difficult to diagnose and there is no national reporting system. EWG’s analysis found that, since 2010, nearly 300 blooms have been recorded in lakes, rivers and bays in 48 states, which are displayed in our interactive map.

Some states have their own monitoring programs. In 2015, a New York state pilot program reported 32 cases of algal bloom-associated illnesses for individuals of all ages. The youngest person affected was 2 years old. People affected by cyanotoxins in the New York study experienced rashes, coughing, abdominal pains, nausea and vomiting. No people required hospitalization, but two dogs died.

In recent years, harmful algal blooms have erupted in every state. In 2017 alone, California authorities posted 141 advisory signs near different bodies of water to warn people to avoid them. In 2016, Florida declared a state of emergency in four counties affected by a huge algal bloom.

And harmful algal blooms aren’t just a problem in freshwater – they can also be found in salt water and brackish water.

Why do toxic algal blooms form?

Toxic algal blooms occur when chemical pollution from farms and other sources runs off into neighboring bodies of water. While algal blooms can happen naturally, the recent spike is indisputably linked to farm pollution. When fertilizer and animal manure run off into lakes, streams and bays, fertilizer chemicals like nitrogen and phosphorus can spur the unchecked growth of cyanobacteria.

Algal bloom and children’s health expert Todd Miller, an associate professor at the University of Wisconsin–Milwaukee, called algal blooms “a symptom of a larger problem we have with inadequate protections for water resources and improper land management,” in an interview with the Milwaukee Journal Sentinel.

Billions of pounds of fertilizers and manure are applied to farm fields every year. The fields must be carefully managed and protected to keep these chemicals from washing off fields into ponds, lakes and rivers. Right now, we rely on farmers to voluntarily take steps to stem pollution, but far too many aren’t doing what’s needed. The long-term solution to the toxic algal bloom problem is ensuring that all farming operations meet basic standards of care for water, and stop fertilizer from running off fields.

For more information, visit the Center for Disease Control and Prevention’s resources.