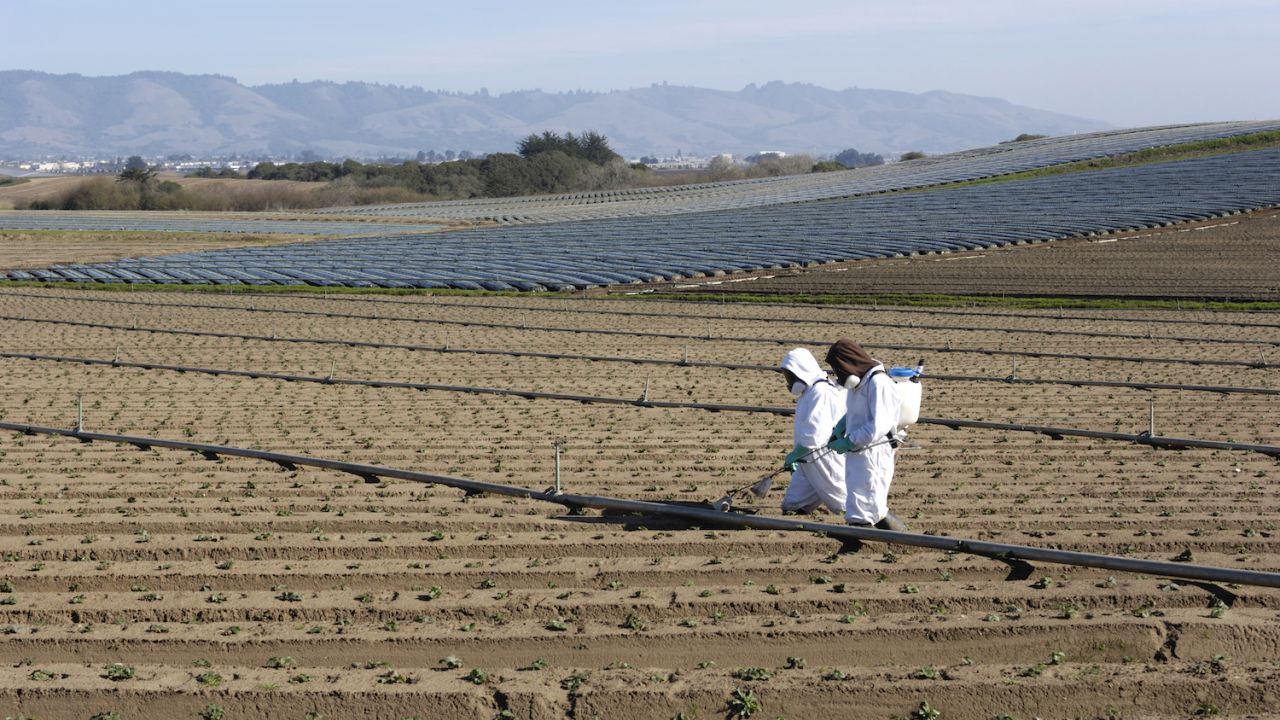 A new study led by scientists from the Arctic University of Norway has detected “extreme levels” of Roundup, the agricultural herbicide manufactured by Monsanto, in genetically engineered soy.

The study, coming out in June’s issue of Food Chemistry and available online, looked at 31 different soybean plants on Iowa farms and compared the accumulation of pesticides and herbicides on plants in three categories 1) genetically engineered “Roundup Ready” soy, 2) conventionally produced (not GE) soy, and 3) soy cultivated using organic practices.   They found high levels of Roundup on 70 percent of genetically engineered soy plants.

Crop scientists have genetically engineered soy to survive blasts of Roundup so farmers can spray this chemical near crops to get rid of weeds. But some so-called “super weeds” resistant to Roundup have developed.  In turn, some farmers use yet more Roundup to try to kill those hardy weeds. This leads to more Roundup chemicals being found on soybeans and ultimately in the food supply.

Who says when Roundup contamination can be considered “extreme?”  Monsanto itself.   In 1999, the chemical giant defined an “extreme level” of the herbicide as 5.6 milligrams per kilogram of plant weight.

Astonishingly, the Norwegian scientists found a whopping 9 milligrams of Roundup per kilogram, on average. What it boils down to is this: every time we eat GE soy we are taking a dose of Roundup with it. This is alarming, because Roundup has been found to be hazardous to human health and sometimes kills human cells. The authors conclude:

This study demonstrated that Roundup Ready [GE]-soy may have high residue levels of glyphosate … and also that different agricultural practices may result in a markedly different nutritional composition of soybeans …. Lack of data on pesticide residues in major crop plants is a serious gap of knowledge with potential consequences for human and animal health.

Other research has detected Roundup residues in animals and people.

A study led by German researchers found high concentrations of glyphosate, the active ingredient in Roundup, in the urine of dairy cows and humans.  This study, published last January in the journal Environmental & Analytical Toxicology, concluded that “the presence of glyphosate residues in both humans and animals could haul the entire population towards numerous health hazards.”

Big Ag wants us to believe that there is no difference between GE and conventional crops, but mounting research tells us that just isn’t true.