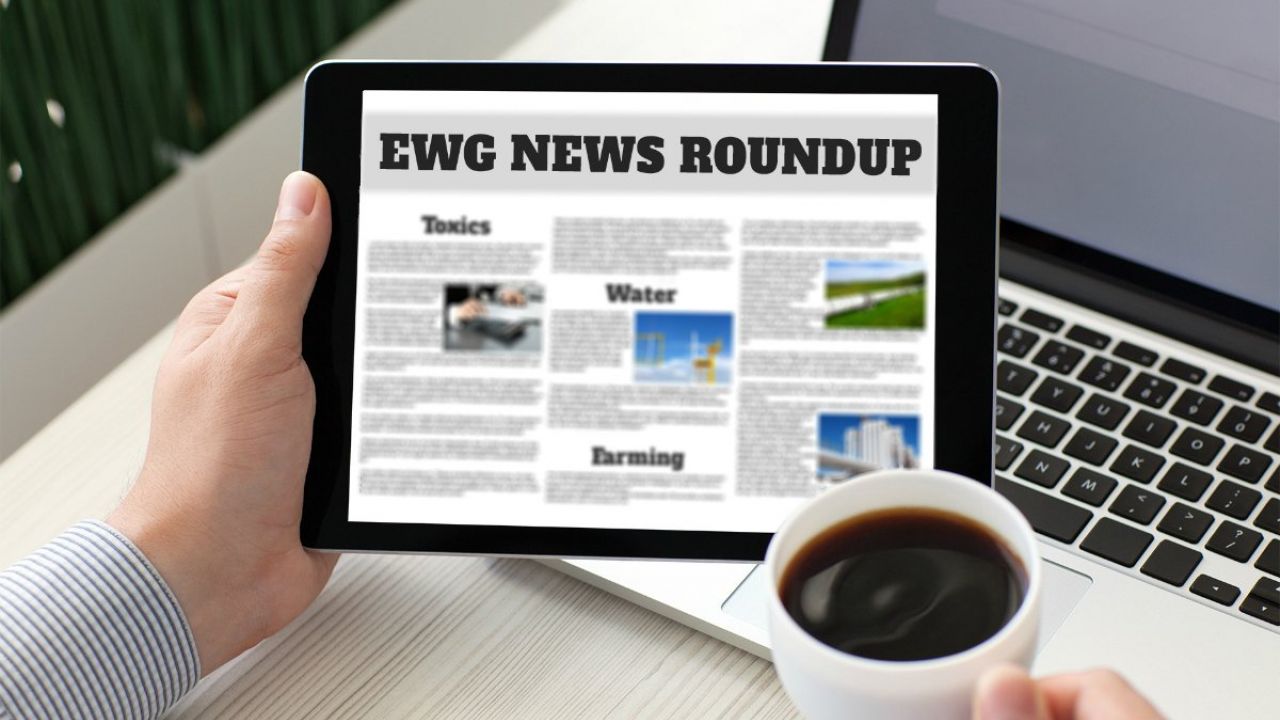 As President-elect Biden’s transition gets into gear, EWG broke down seven ways the new administration could make great strides for children’s health.

On Thursday, Sens. Cory Booker (D-N.J.), Elizabeth Warren (D-Mass.) and Kristen Gillibrand (D-N.Y.) introduced the landmark Justice for Black Farmers Act, which seeks to reverse decades of institutional racism by the U.S. Department of Agriculture by transferring up to 32 million acres of farm land, or 160 acres per farmer, free of charge through land grants from the USDA. John Boyd, founder and president of the National Black Farmers Association, and Scott Faber, EWG’s senior vice president for government affairs, applauded the proposal in a joint statement:

The Justice for Black Farmers Act is the most ambitious legislative proposal ever developed to address historic and ongoing discrimination against Black farmers. Black farmers have been systemically denied access to land, subsidies, loans and other critical tools through government and private discrimination, and the institutional racism that has driven Black land loss is being reinforced through the USDA’s broken policies.

Over the past eight months of the quarantine, we’ve gotten very well acquainted with screens – especially cell phone screens. EWG counted down five tips for safer cell phone use to reduce our exposure to harmful radiation.

And finally, Thanksgiving is right around the corner, and EWG has provided a few tips on recipes, picking out a turkey and healthy ways to serve sweet potatoes.

“Lead is considered the number one environmental threat to children’s health by the federal government” and, even “at very low levels, is linked to subtle developmental delays and reduced IQ in children,” the Working Group report said, echoing the current guidance from the U.S. Environmental Protection Agency that any level of lead in the blood of children is unsafe.

Dingell, who voiced optimism during a Nov. 10 interview with Inside EPA on PFAS legislation, expanded on her plans during an Environmental Working Group (EWG)-sponsored Facebook live event Nov. 17. She said lawmakers backing the comprehensive package of PFAS legislation that passed in January plan to reintroduce it this coming January, noting it will be a “top priority” in the upcoming Congress.

Inside EPA: Environmentalists Back Biden’s PFAS Plan But Seek to Speed Strict Limits

Scott Faber, senior vice president for government affairs for the Environmental Working Group, which has long advocated for PFAS measures, also touted the Biden plan’s PFAS promises in a Nov. 9 blog post, noting the “huge impact on public health” that would result from setting a federal SDWA standard for PFAS. Such a measure would “dramatically reduce our overall exposure to PFAS,” he said, while a Superfund hazardous substance designation for PFAS would “kick-start the cleanup process” and also compel polluters to pay their share of cleanup costs.

The bill would require the Environmental Protection Agency to set cleanup standards and enforceable drinking water limits for at least some PFAS, she said during a forum hosted by the Environmental Working Group.

“We think this can be a very fast environmental win. We need a strong national protective standard for drinking water,” said U.S. Rep. Debbie Dingell, a Michigan Democrat who sponsored the bill. She spoke Tuesday during a Facebook Live event staged by Environmental Working Group (EWG), a nonprofit that urges the federal government to set national health standards for the chemicals in drinking water.

Before the Biden administration can sell carbon credits, says Craig Cox, the senior vice president for agriculture and natural resources for the Environmental Working Group, environmental benefits must be better confirmed by science, and a massive amount of new soil carbon data must be collected.

Dingell and others, including the Environmental Working Group, a nonprofit that focuses on chemical contamination and other environmental issues, hope President-elect Joe Biden will take the threat of PFAS more seriously.

“We think this can be a very fast environmental win,” Michigan Rep. Debbie Dingell said during an online discussion sponsored by the Environmental Working Group, which advocates on PFAS and other pollution issues.

Michigan Radio (Mich.): Will the Biden administration clean up PFAS?

Melanie Benesh is with the Environmental Working Group. She says if chemicals in the PFAS family are designated as hazardous, the EPA can go to work to crack down on the sources of PFAS contamination.

Olga Naidenko, vice president of science investigations at the Environmental Working Group, said her organization believes vaccination "remains essential" for public health. But she noted epidemiological studies have shown PFAS can decrease the production of antibodies in response to vaccines.

The Fern: ‘Justice’ bill would transfer up to 32 million acres to Black farmers

“The Justice for Black Farmers Act is the most ambitious legislative proposal ever developed to address historic and ongoing discrimination against Black farmers,” said John Boyd, president of the National Black Farmers Association, and Scott Faber of the Environmental Working Group, two of the six dozen local and national groups that endorsed the bill.

While the leadership implications are important, crucial issues won’t change, said Craig Cox, senior vice president for agriculture and natural resources at the Environmental Working Group. Topping the list, he said, is “the urgent need to really take a hard look at crop subsidies and crop insurance,” and what those programs cost taxpayers. Other priorities should include addressing unjust treatment for Black farmers, the contamination of ground and surface water from fertilizer and manure, and agriculture’s role in the climate crisis.

The New Republic: Can Biden Keep His Promise To Make Farms Climate Friendly?

“We could be spending billions of dollars paying farmers to do pretty much what they’re doing now, and the carbon sequestration benefits of that will be pretty minimal,” said Ken Cook, co-founder and president of the Environmental Working Group.

HuffPost: Should You Be Using Clean Mascara? Experts Weigh In.

“So any product with a smaller ingredient list, especially if it’s been cleared by the Environmental Working Group, the gold standard for clean beauty, they’re better.” Lamb said there is potential for eczema or an allergic reaction from non-natural mascaras.

The Cut: How This Beauty Boutique Owner Gets Her Skin So Good

Just stay informed — she looks to the EWG Skin Deep Database and “lots of Googling” — and approach everything with nuance.

Hello Glow: How to Make Your Own Citrus Sunshine Perfume

The Environmental Working Group (EWG) reports that many perfumes on the market today are filled with chemicals—even the ones that claim to contain “natural essences” actually don’t.

“Having the FSA check that people are in compliance is super important, but their regulation is vague,” says Anne Schechinger, senior economic analyst for the Environmental Working Group.

Global Research: Crisis, What Crisis? Hypocrisy and Public Health in the UK

Research by US-based EWG found glyphosate residues on popular oat cereals, oatmeal, granola and snack bars. Almost 75% of the 45 samples tested had glyphosate levels higher than what EWG scientists consider protective of children’s health with an adequate margin of safety.

Particularly pay attention to the EWG's "Dirty Dozen" - the produce with the most pesticide residue.

For Women First: How to Clean Potatoes in 10 Minutes Without Having to Do Any ScrubbingWell, according to the EWG, these tubers are among the “dirty dozen” produce products that frequently have lingering pesticides. This dishwasher method can rinse all of those away, though.

MSN: 40 Supermarket Buys That Are A Waste of Money

Unless you live in an area where tap water is not safe (you can look these details up on EWG’s Tap Water Database), buying bottled water is nothing but a waste of money and plastic.

Medium: Groundwater is Liquid Gold. Our Protections Should Say That.

The Environmental Working Group estimated 12,600 cases of cancer per year may be linked to nitrate pollution in the US drinking water.

Disqus Comments
By
Robert Coleman (EWG)
November 20, 2020
Back to Top