Eating lower - and better - on the food chain 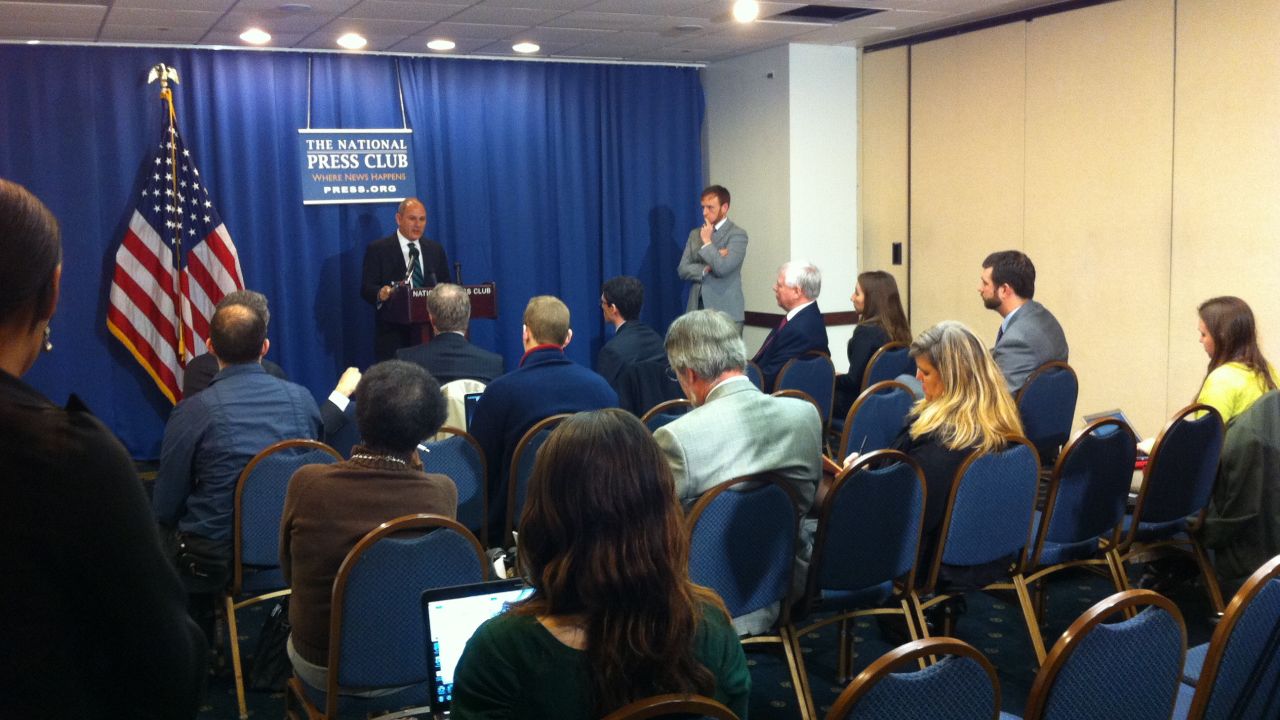 Cutting back on the amount of meat in the American diet is one of the best ways people can shrink their carbon footprint – and at the same time slim their waistlines and improve overall health. That was the consensus of a panel discussion last week (Oct. 21) at San Francisco’s Commonwealth Club that focused on the connection between food choices and the environment -- especially climate change.

Whendee Silver, Professor of Ecology at the University of California, Berkeley, one of the three panelists, said meat-eating accounts for the largest portion of the nearly nine tons of carbon that the average American household produces annually. By comparison, she said, eating locally produced foods has a “relatively small” impact on cutting a family’s overall carbon footprint.

Also participating in the session, titled The New, New Math: Calories & Carbon, were Ken Cook, founder and president of Environmental Working Group (EWG), and Helene York, director of the Bon Appétit Management Company Foundation. The discussion was moderated by Gregory Dalton, vice president of the Commonwealth Club and founder of its ongoing “Climate One” dialogue that brings together leaders from business, government, academia and advocacy groups to advance the discussion of a clean energy future.

Cook said beef is one of the worst dietary choices both because of the high level of carbon associated with beef production and because Americans eat so much of it. Eating “lower down the food chain” is better for individual health and the planet, he added. Overall, Cook said, red meats such as beef and lamb, along with cheese, have the highest carbon footprint. In terms of carbon emissions and health, chicken, pork and turkey are somewhat better choices, and fruits, grains and vegetables are best. He suggested that one step that people can take to reduce their personal carbon footprint is to go meatless on Mondays — and eat meat at least one day less often each week.

EWG is currently researching the issue and plans to release a new report, A Meat Eaters Guide to Climate Change and Health, in the coming months.

The discussion revealed that short of cutting back on meat altogether, there is considerable uncertainly about the effectiveness of other efforts to limit its impact on climate. Studies comparing the carbon footprint of grass-fed pasture beef versus corn-fed, feedlot-finished beef have yielded conflicting results. Silver, who said life cycle analyses that consider soil’s emissions and absorption of greenhouse gases indicate that well managed grass-fed systems can produce less carbon than feedlot systems. But the panelists agreed that current life cycle methodologies contain significant uncertainty and that absolutely every system could be improved to reduce its environmental impact.

York said pasture-raised beef is generally better for the environment and more healthful but typically costs more. The panelists speculated that by making meat less expensive, feedlot production actually encourages Americans to eat more meat. York pointed out that only 1 percent of the meat on the market is grass-fed.

Cook pointed out that the fat in meat contains carcinogenic dioxins and that, in general, eating less meat is better for people’s health.

He noted that the current system of agricultural subsidies encourages maximum production of corn and soy, the two primary animal feed crops. Both contribute heavily to polluting waterways, Cook said, adding that “if you get subsidies, you should play by serious environmental rules” to lower the carbon footprint and protect the environment.  He also called for shifting money out of the subsidy system and investing instead in healthier food options, including more support for sustainable livestock production.

When the discussion turned to seafood, Silver, said its carbon footprint is difficult to analyze and there are few good life cycle analyses. Preliminary data indicates that local, in-season, wild-caught fish has a smaller footprint. She said seafood that is frozen at sea is generally transported by ship rather than flown and is a relatively good choice, but seafood that is “flown in fresh” comes with a heavy carbon load.