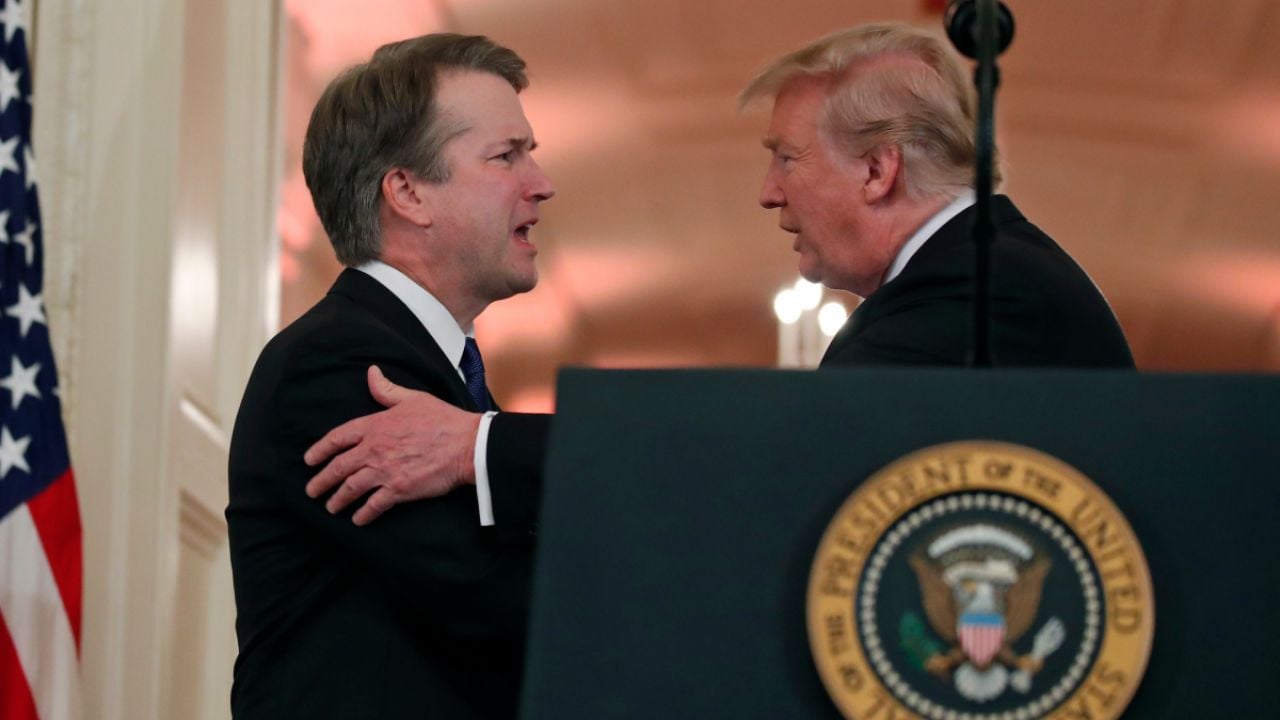 One reason to think twice before confirming Brett Kavanaugh to the critical open swing seat on the Supreme Court is his long record of adopting extreme views to defend polluters.

A close review of Kavanaugh’s record as a judge on the U.S. Court of Appeals for the District of Columbia reveals that he repeatedly ruled to limit the Environmental Protection Agency’s ability to reduce pollution in air and water. The nonprofit law firm Earthjustice found that of 18 EPA-related cases decided on substantive, rather than procedural, grounds, Kavanaugh ruled in favor of more pollution in 16 cases.

To support these rulings, Kavanaugh either argued that the EPA should ignore the public health benefits of reducing pollution, that the EPA underestimated or ignored the cost of regulation to polluters, that judges should read statues in ways that limit the EPA’s ability to protect public health, or some combination of all three arguments.

In particular, Kavanaugh concluded in this case that the EPA lacks the authority under the federal Clean Air Act to regulate the greenhouse gases contributing to climate change. While Kavanaugh apparently believes that climate change is real and deserves our attention, he clearly does not believe that the EPA has the legal authority to do anything about it.

That’s despite the fact that the federal Clean Air Act gave EPA the authority to regulate any air pollutant, not just those listed by name in the law. Indeed, in this case, the Supreme Court ruled that greenhouse gases fit with the act’s “capacious” definition of an air pollutant.

When the Trump administration sought to delay rules designed to reduce emissions of methane, a powerful greenhouse gas, Kavanaugh sided with polluters. When the EPA sought to replace fluorinated chemicals known as HFCs to reduce greenhouse gas emissions, Kavanaugh complained that the proposed rule pulled the rug out from under polluters – even though replacement chemicals are readily available. Kavanaugh also supported giving large plants and factories more time to comply with greenhouse gas rules.

Even when Kavanaugh, citing precedent, concurred in a decision to uphold a greenhouse gas regulation, he doubled down on his view that the EPA lacks the authority to regulate greenhouse gases like carbon dioxide.

In this case, Kavanaugh argued that the EPA could not apportion sulfur dioxide and nitrous oxide pollution reductions among upwind states – even though EPA’s proposed rule would have prevented up to 34,000 premature deaths. The fact that the Supreme Court, including some of the Court’s conservative justices, found this view too extreme suggests just how willing Kavanaugh is to legislate from the bench to protect polluters.

Of equally great concern should be Kavanaugh’s record of using flawed cost-benefit analysis to tip the scales in favor of polluters and against public health. Kavanaugh’s views on costs and benefits could not only block efforts to reduce air and water pollution but could also imperil efforts to regulate toxic substances like asbestos.

In one case, Kavanaugh sought to underestimate the public health benefits of reducing mercury pollution by discounting other benefits, like reducing particulate matter.

In some cases, Kavanaugh has adopted the view that the EPA must always weigh the costs to polluters against the benefits to public health – regardless of Congressional direction not to do so. When the EPA was proposing to regulate mercury emissions, Kavanaugh argued that the EPA was obligated to consider the costs of regulatory compliance to polluters. Likewise, when the EPA proposed to apportion cross-state pollution, Kavanaugh sided with industry by advocating for the regulation that is least costly to industry, not most protective of public health. In another case, Kavanaugh argued that the EPA had failed to consider the costs to a coal company dumping mine waste into streams, even though the agency had no obligation to consider cost.

Kavanaugh has also argued against giving deference to the EPA’s interpretation of the law, especially in cases related to air pollution. It’s very likely that Kavanaugh will be fifth vote to strike down the EPA’s view that certain kinds of small streams are protected by the federal Clean Water Act.

Before a polluter discharges pollution into a body of water subject to the Clean Water Act, the polluter must obtain a permit to ensure that the waterway does not become so polluted that it can no longer serve as a source of drinking water or support recreational uses like fishing. But if some small streams are excluded from the protections of the Clean Water Act, polluters discharging into those streams may avoid meeting water quality standards.

The last time the Supreme Court considered which bodies of water are covered by the Clean Water Act, the justices now on the court were evenly split. Justice Anthony Kennedy cast the deciding vote and wrote an opinion that concluded bodies of water were subject to the Clean Water Act when they had a “significant nexus” to bigger rivers. For Kennedy, that meant that smaller rivers upstream would significantly impact the physical, chemical or biological make-up of rivers downstream.

But Kavanaugh is widely expected to share the view of the court’s other conservative justices. Those justices concluded the waters protected by federal law did not include small streams that may not flow year-round. Using data from the EPA and the U.S. Geological Survey, EWG found more than 100 million American receive their drinking water supplies from these small streams.

The Supreme Court’s open seat is the critical vote on once-in-a-generation decisions related to air, water, and toxic chemicals. Judge Kavanaugh is no ordinary judge: He is a partisan warrior who has adopted extreme views to favor polluters at the expense of public health.