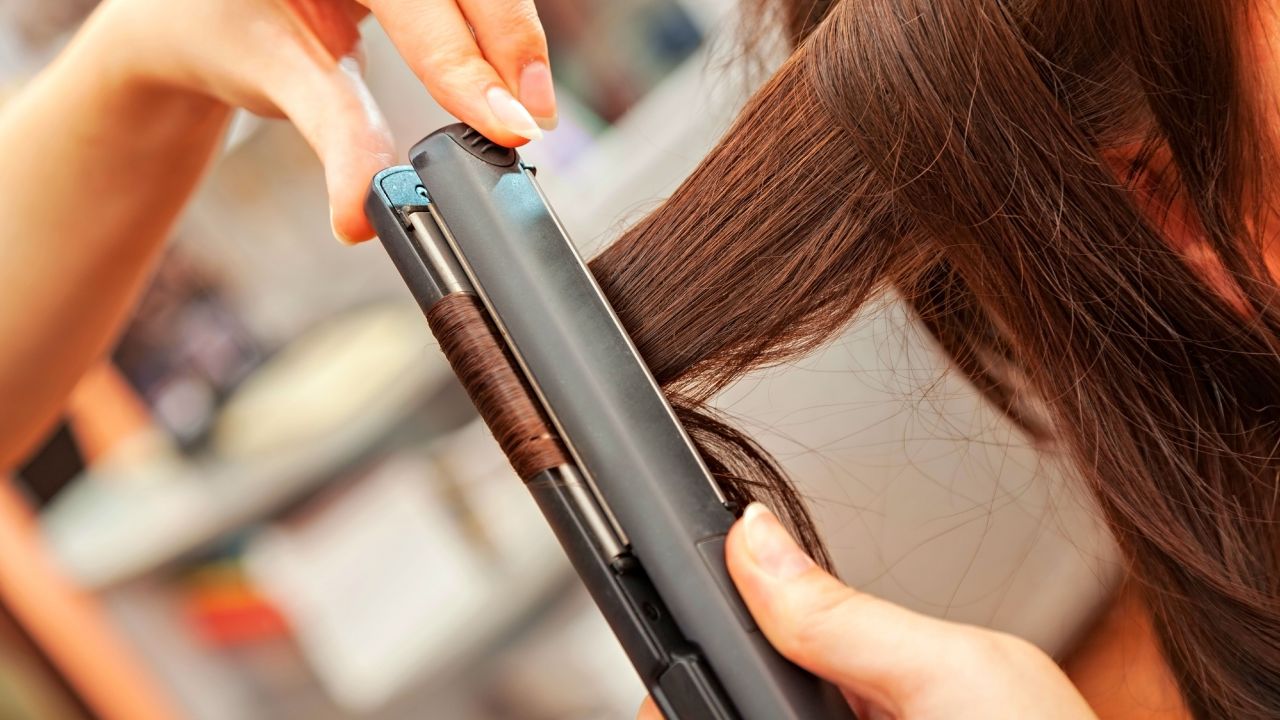 Hair straightening sessions are injuring clients and making stylists sick, so why are they still offered in salons across the country?

Many salons straighten and smooth hair with what they call “keratin smoothing formulations.” These lotions are often called “Brazilian Blowouts,” based on a popular brand’s name.

The truth is, they contain as much as seven percent formaldehyde, a toxic chemical, which the U.S. government in 2011 designated a known human carcinogen. Formaldehyde also triggers allergic reactions.

Formaldehyde-based hair straighteners are banned in many other countries and expressly denounced by the personal care product industry’s own trade association. But they are still being sold to professionals for use in salons in the U.S. Despite their known dangers and countless resulting injuries, Brazilian Blowout has actually declared August 21st “National Brazilian Blowout Day”!

In 2011, the Environmental Working Group exposed these dangerous practices in a groundbreaking report entitled Flat-Out Risky.  EWG petitioned the federal Food and Drug Administration to crack down on hair straighteners containing formaldehyde. EWG demanded that the FDA investigate misleading marketing portraying the products as formaldehyde-free, require warning labels and consider a ban on formaldehyde-laced products.  The agency has yet to respond.

It is no surprise that formaldehyde-laced hair straighteners harm people. Besides the long-term risk of cancer, formaldehyde irritates the skin, eyes, nose and throat. It is a potent sensitizer, meaning a chemical that, after repeated exposure, causes allergic reactions such as hives, blisters and asthma. Once sensitized, a person is likely to suffer an allergic reaction to formaldehyde again and again, including when she encounters formaldehyde fumes from other sources, such as wrinkle-proof fabrics, personal care products, plastics and plywood.

Using the Freedom of Information Act, EWG obtained FDA documents showing that salon personnel and clients have filed numerous “adverse event” reports after hair straightening sessions, including massive hair loss, neck and face rashes, blistered scalps, nosebleeds, bleeding gums and loss of taste and smell. Because adverse event reporting is voluntary and many people don’t know about it, these complaints probably represent a small fraction of actual injuries associated with these services.

How can companies keep selling such dangerous products?  It’s not as if the FDA has been unaware of them. As far back as 2007, Allure Magazine was writing about the hazards of formaldehyde hair straighteners. When it shared its conclusions with Linda Katz, director of the Office of Cosmetics and Colors in the FDA’s Center for Food Safety and Applied Nutrition, Katz responded that "if the FDA determines that a health hazard exists, the agency will advise the industry and the public, and will consider its options under the authority of the Federal Food, Drug, and Cosmetic Act in protecting the health and welfare of consumers."

Since then, several state and federal agencies, including the FDA, have concluded that formaldehyde in hair smoothing chemical mixtures is hazardous to public health. But no agency has actually stopped sales of the stuff to unwary people.

On August 22, 2011, the FDA issued a warning letter to GIB, LLC, the company that makes Brazilian Blowout. The letter asserted that the product was adulterated, i.e., too dangerous to sell in interstate commerce, and misbranded, due to its false claims that the product was formaldehyde-free.  Five weeks later, the Cosmetic Ingredient Review Expert Panel, a scientific advisory board assembled by the trade association that represents the major personal care companies, asserted that formaldehyde in hair straightening products was “unsafe under present conditions of use.”  With these damning words, the mainstream cosmetics industry essentially disavowed the small businesses that sell formaldehyde hair straighteners.

But the FDA has taken no further discernible action to get these products off the market. It has posted a web page warning of the products’ dangers and suggesting that consumers protect themselves by reading ingredient labels, but as the agency and the Cosmetic Ingredient Review panel pointed out, sometimes the labels do not disclose the presence of formaldehyde.

In the absence of meaningful FDA action, state agencies have taken the lead. In November 2010, California Attorney General Jerry Brown, now the state’s governor, sued GIB LLC for deceptive advertising. In January 2012, the company agreed to a settlement that required GIB to pay $300,000 in civil penalties and $300,000 in attorneys’ fees, to disclose the product’s formaldehyde content in its advertising and to comply with state air quality standards.

Michael Brady, GIB LLC’s chief executive officer, didn’t seem chastened. Following the settlement, he bragged to the New York Times that insurance would cover the company’s expenses and that GIB would “get to sell the product forever without reformulation.” GIB failed to fully comply with the settlement until Kamala Harris, Brown’s successor as state Attorney General, obtained a court order against the company in November 2012. Only then did GIB change its product formula – and not by much. The new formula contains between three and seven percent liquid formaldehyde, down from 11.8 percent in the original formula.

The federal Occupational Safety and Heath Administration has made a more concerted effort to protect workers. In early 2011, it issued a hazard alert to salons. That year and the next, it cited 49 workplaces, including manufacturers, distributors, beauty schools and salons, for violations including failing to protect their workers from formaldehyde and failing to communicate the dangers of these products to hair stylists and customers.

Enforcement punishes offenses that have already happened.  It does not prevent salons from using products with dangerous levels of formaldehyde. Nor does it protect consumers who purchase such products on the Internet.

Although Congress has frequently updated the federal Food, Drug, and Cosmetic Act of 1938 to modernize the FDA’s powers to keep food and drugs safe, it has largely ignored the cosmetics provisions. The FDA cannot order a mandatory recall of bottles of Brazilian Blowout already in salons or private homes.  To seize dangerous cosmetics, the FDA must persuade the Department of Justice to file a federal lawsuit against a company, an exercise Justice is unlikely to undertake in a non-emergency. The constraints on the FDA’s authority and competing demands on its resources and personnel present obstacles to the agency’s regulation of formaldehyde in hair products, and that’s not likely to change until Congress changes the law itself.

The Personal Care Products Safety Act, introduced by Sens. Diane Feinstein (D-Calif.) and Susan Collins (R-Maine), would strengthen and modernize federal regulation of personal care products under the 1938 law. The Feinstein-Collins bill would require companies to ensure that their formulations were safe before marketing them.  It would give the FDA more tools to protect the public, including authority to order a mandatory recall.  It would require the FDA to review five risky chemicals per year, starting with formaldehyde, and empower the FDA to restrict the use of any cosmetic ingredients found to be harmful.

Executives in the personal care products industry often boast that they police themselves. Obviously, they don’t. The long-running Brazilian Blowout saga presents a frightening example of how profits trump public safety. Injuries are piling up. Many stylists have quit their jobs because exposure to formaldehyde has made them too sick to work.

This situation needs to change. Congress should enact the Personal Care Products Safety Act to ensure that the FDA has the power to take these poisonous products off of the market once and for all.