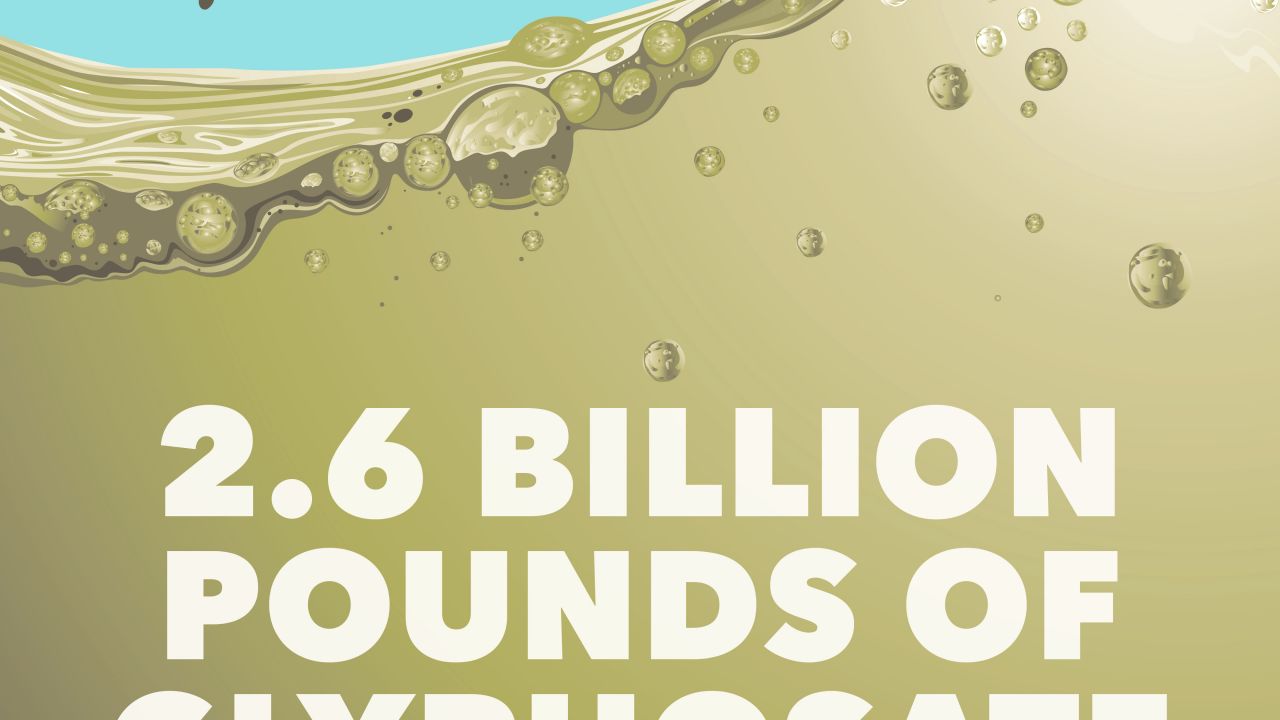 Farmers sprayed 2.6 billion pounds of Monsanto’s glyphosate herbicide on U.S. agricultural land between 1992 and 2012, according to the U.S. Geological Survey. Glyphosate has been the go-to weed killer for use on genetically engineered, or GMO, crops since the mid-1990s, when Monsanto introduced its “Roundup Ready” corn and soybeans.

Click here to watch a time-lapse video of the spread of glyphosate across America over the 20-year period. Recent research has found that exposure to glyphosate doubles the risk of developing cancer. Since the use of the herbicide on GMO crops has exploded in recent years, it’s no wonder people overwhelmingly want GMO-containing food products to be labeled.

Here are the states that spray the most glyphosate year by year: Glyphosate primarily blankets fields of GMO corn and GMO soybeans – the two most widely planted crops in the U.S. This table shows how many acres of these herbicide-tolerant GMOs were grown in 2014 in the states that produced the most. But no matter where you live, you should have the right to know if the food your family is eating was produced with GMOs. While people in 64 other countries have that right already, Americans do not.

Tell Washington that it’s time to stand with the 90 percent of Americans who want mandatory GMO labeling.