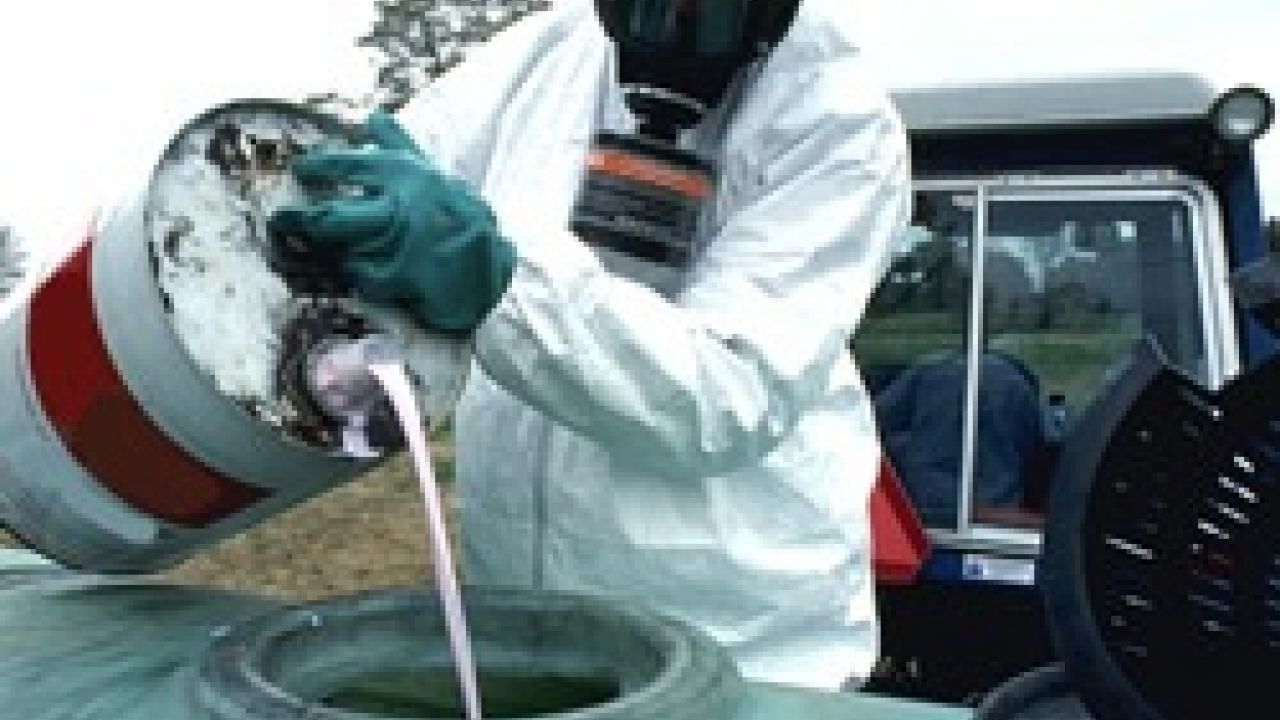 In nearly two decades of research and advocacy on pesticides and human health, Environmental Working Group has never before seen the produce industry take a high-profile role in debates over pesticide policy and safety, as it has this year. Invariably, it was the trade association for the pesticide industry that took the lead.

That group, which began life as The Agricultural Insecticide and Fungicide Association and evolved into the National Agricultural Chemicals Association, most recently rebranded itself “CropLife America” after it became evident that even the mention of “pesticides” or “agricultural chemicals” evoked a negative public response, Similarly, most agribusinesses have adopted the pesticide industry’s defensive code words, “crop protection chemicals” or “tools.”

In the past year, however, EWG observed a striking change: an unprecedented, highly public lobbying and PR campaign by fresh produce organizations aimed at downplaying consumer concerns about pesticides.

A recent editorial in The Packer, the trade publication of record for the industry, stated:

“The industry can’t win, but it should still fight. The worst response would be no response. The truth may be unpleasant, and counterintuitive, but eating fresh produce, with trace levels of pesticides, is indeed healthy. Consumers should fill half their plate with it. That message is worth spreading.”

It became even more obvious to us that the produce industry wants to keep information about the harmful effects of pesticides out of the hands of the public after we read U.S. Department of Agriculture spokesman Michael Jarvis’ response in the Chicago Tribune newspaper to the unusual delay of the release of this year’s pesticide data report.

USDA spokesman Michael T. Jarvis said the report was delayed by an unusually large number of official comments on the report from activists and the produce industry. “Some wanted it sooner and some later,” Jarvis said.

“Some wanted more detail and some less detail, and so we put more time into how we presented it. We wanted it to be more understandable to the consumer.”

Who wants less detail? It’s certainly not the public. USDA didn’t say, but the answer is obvious.

In October of last year, a contingent of leading produce organizations met with top officials of the USDA, EPA and FDA to discuss the impending annual release of pesticide test data by the agriculture department. As one participant explained to The Packer:

“The objective in the initial organizational meeting was that we want to see if we can figure out that whatever data is out there be less likely to be misconstrued and misinterpreted,” said Ray Gilmer, vice president of communications for the Washington, D.C.-based United Fresh Produce. “We’re trying to make sure that anyone who reads that PDP (Pesticide Data Program) report sees — as do all the people in the room (Oct. 19) — that there is no risk associated with the consumption of fresh produce due to pesticide residues.”

The produce industry claims that public health concerns prompted it to become the public face of a campaign to defend pesticides on produce, primarily to counter Environmental Working Group’s popular annual Shopper’s Guide to Pesticides.

EWG is skeptical. Spearheading that opposition to the Shopper’s Guide was the national produce trade group, the United Fresh Produce Association. If public health were its core mission, then why would it boast on its website that it has “monitored and helped block over 100 legislative proposals on food safety in Congress” in the past two years?

EWG believes Big Produce’s motivation is profits, and threat posed by the rapid growth in the organic industry’s market share, which jumped from 3 percent in 2000 to 11.4 percent in 2009 (even higher for some particular fruits and vegetables).

Part of the effort to defend pesticides was actually funded by taxpayers through a highly controversial $180,000 grant to the Alliance for Food and Farming from the state of California – a pass-through of federal funds provided under the 2008 farm bill.

EWG wonders why the produce industry might mount such a risky campaign, other than from a desire to blunt market pressure from consumers eager to reduce their pesticide exposure, or to slow the directly related, and dramatic, expansion of organic produce. To find out, EWG has sent a FOIA request to USDA asking for all communications between the agency and produce and pesticide representatives to determine whether the AFF grant was improperly used to support the lobbying activities of its member organizations, including United Fresh Produce, Western Growers, the California Strawberry Commission, and the Produce Marketing Association. These AFF members have lobbied Agriculture Secretary Tom Vilsack to overhaul the USDA pesticide data program.

Since it launched its campaign against EWG last year, the AFF has insisted that its mission is to promote consumption of fresh produce and to serve as a voice for farmers. In its 2010 IRS Form 990 tax return, its stated mission is to:

“Promote food safety and the benefits of consuming fresh fruits and vegetables; provide a voice for farmers to communicate their commitment to produce safe food and care for the land.”

But in the previous two years (2008 and 2009), AFF described its goals in strikingly different terms in its IRS Form. Then it said its purpose was to:

The AFF reportedly has 50 members; while the full list of members is not public, EWG understands that the California Association of Pest Control Advisers and other pesticide interests are among them.

Another AFF member is United Fresh, which also counts pesticide companies in its leadership ranks. Like the AFF, United Fresh presents itself as a defender of public health and promoter of healthier diets rich in fresh produce. But United Fresh has been at the forefront of the recent lobbying campaign against EWG’s Shopper’s Guide. EWG has found that large, multinational pesticides companies, including Dow, Monsanto, BASF, Syngenta and Bayer, all play a leadership role in United Fresh as members of its Chairman’s Roundtable.

Chairman’s Roundtable is an opportunity for United Fresh member companies to contribute above and beyond their basic dues. Roundtable members are industry leaders who set the pace in building United Fresh’s strength in government relations, food safety, nutrition policy and other areas critical to industry success.”

Not surprisingly, pesticides made by members of United Fresh show up prominently in USDA’s tests of pesticide residues on fresh produce. EWG’s preliminary analysis of USDA data found that 11 of the 20 pesticides most frequently found in the government tests were products of companies on the United Fresh Chairman’s Roundtable.

They include pesticides made by BASF, Syngenta, Dow and Bayer. Monsanto was the only pesticide company on the Chairman’s Roundtable whose products were not found.

The Roundtable’s membership underscores the tight linkage between conventional agriculture and the pesticide industry, underscoring EWG’s position that there is not a dime’s width of difference between the two sectors. It is clear that when top officials of produce front groups and trade associations lobby government officials and speak to the media about EWG’s annual Shopper’s Guide and USDA’s pesticide program, they’re going to bat for the pesticide industry.