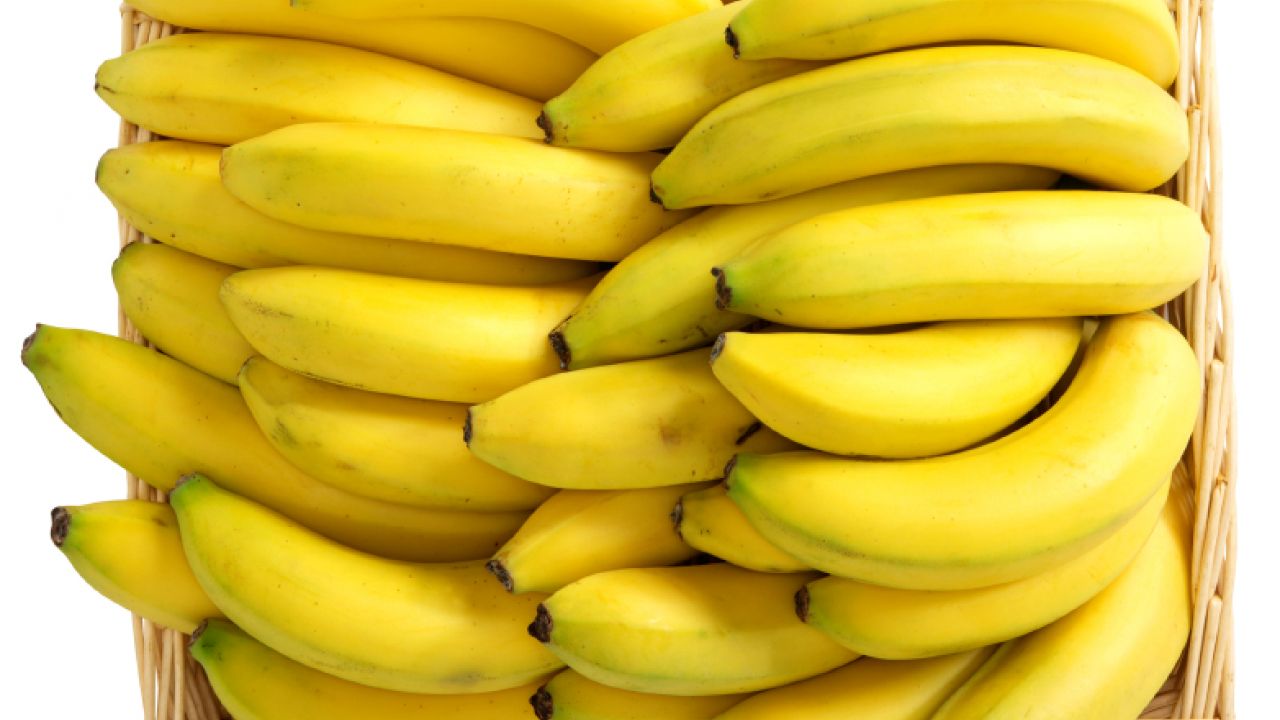 Bananas are Americans' favorite fruit. The average American eats 10 pounds of the sweet yellow fruit yearly, according to the U.S. Department of Agriculture (USDA 2012a). In 2012, the U.S. imported 9,589 million pounds of bananas, more than 95 percent of them grown in five tropical Latin American nations (USDA 2013).

Peeled bananas are generally tainted with very few pesticide residues, according to USDA analyses, probably because those tested are peeled first. In 2012 USDA scientists found just four fungicides on bananas they analyzed, compared to 10 on plums (USDA 2012b).

However, industrial banana farming is pesticide-intensive because bananas are grown in massive monocultures, without crop rotation. These ill-advised methods render the plants vulnerable to insect pests and fungal diseases. Some experts estimate that banana cultivators use 35 pounds of pesticide per acre (van Wendel de Joode 2012, citing Wesseling 2001 and Ramírez 2009), dramatically more than for other produce crops.

To prevent pest damage, each bunch of bananas on a tree is enclosed in a large plastic bag into which pesticides are inserted. Few of these applications reach the edible tissue of the fruit, but they still pose a risk to workers and the surrounding environment.

One toxic insecticide widely used in banana production is chlorpyrifos, a potent neurotoxicant member of the organophosphate insecticide family. Chlorpyrifos can harm workers, communities and the environment but is not generally detected on peeled bananas. Children are especially sensitive to chlorpyrifos toxicity. The chemical can disrupt brain development and impair cognitive functions, measured by intelligence tests, when the child is exposed during pregnancy and early childhood (Rauh 2011). Costa Rican researchers found that children living near banana fields where pesticides were used had much higher concentrations of chlorpyrifos in their bodies than children living where only 12 percent of farmers reported using pesticides. (van Wendel del Joode 2012). Farm workers who apply pesticides directly or work in fields where they are used would almost certainly test positive for even higher levels of chemicals.

One recent study found that spectacled caimans, fish-eating crocodiles native to Costa Rica, had higher concentrations of pesticides in their blood if they lived near banana fields than caimans in wilderness (Grant 2013).

For these reasons, bananas bearing either an organic and Fair Trade certification are preferable to fruit grown with socially- and environmentally-destructive processes.

The vendors of bananas bearing the Fair Trade certification have agreed to some restrictions on toxic pesticides, greater protection for workers and reasonable minimum pricing for producers (Fair Trade 2014).

But the days of organic bananas – and perhaps all exported bananas – may be numbered, according to recent reports. A highly virulent and incurable strain of a fungus known as Panama disease, which afflicts the Cavendish banana – the major type of banana that is imported into the U.S. -- is spreading across plantations around the world (Butler 2013). The Cavendish banana is especially susceptible to the fungus because every one of these bananas is a cloned, genetic replica of all the others. The Cavendish has not developed variants that may be resistant to Panama disease.

The Cavendish isn't the only type of banana in the world. . In fact, there are hundreds of others that are said to be even more delicious. The issue is, the Cavendish is uniquely suited to export. Because scientists believe the Panama disease fungus will spread to all Cavidish plantations around the world, the future of bananas on the American table is in doubt.

The Gros Michel banana, the first type imported into the U.S., succumbed to a different strain of Panama disease. The Cavendish banana, which was immune to that particular strain of fungus, saved the export banana industry. Whether history will repeat itself in the case of the Cavendish is far from certain (Koppel 2008).