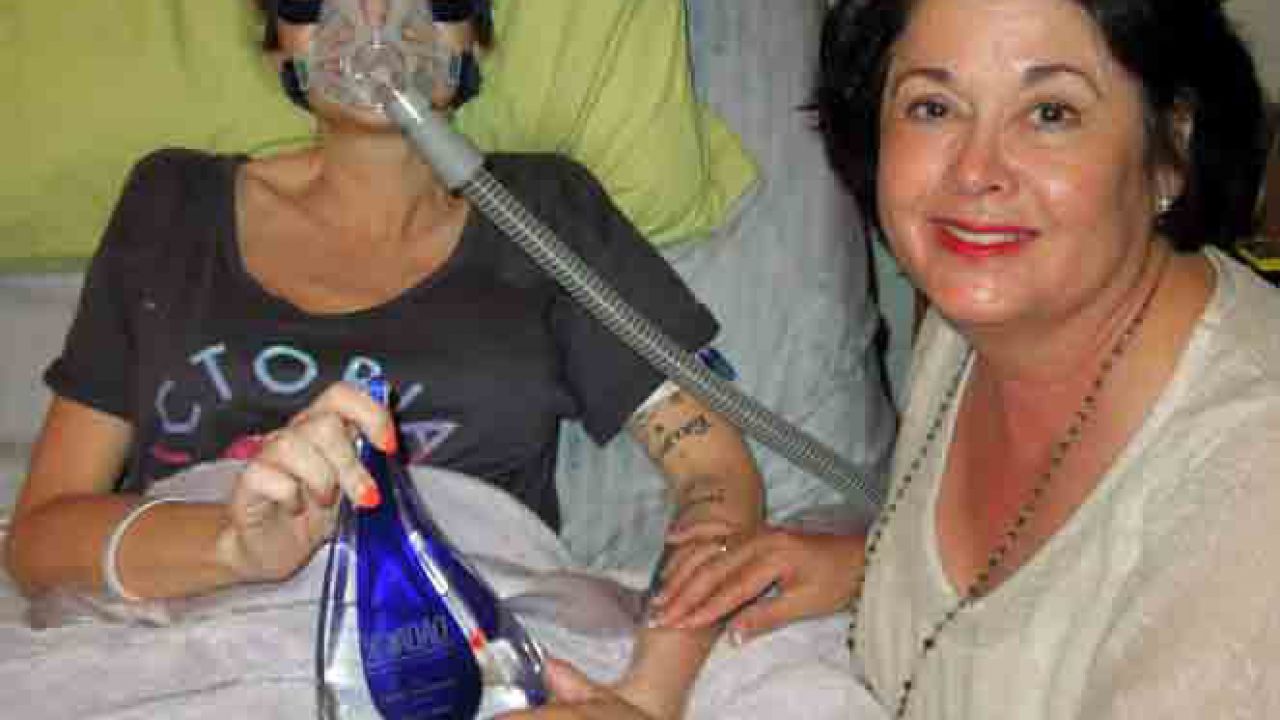 Michael Bradley of Tunnel Hill, Georgia has spent the past 17 months in and out of surgery  fighting peritoneal mesothelioma, a rare and usually fatal abdominal cancer caused by exposure to asbestos fibers.  He has lost 150 pounds and must wear a colostomy bag.  Chemotherapy has failed. He has no health insurance. He is now undergoing experimental treatment and hoping for a miracle.

Janelle Bedel of Rushville, Indiana, was only 31 when she was diagnosed with mesothelioma.  Despite multiple surgeries and 30 rounds of radiation, she developed metastatic cancer and died last June at the age of 37, leaving her husband and 11-year-old son.  Shortly before she died, I visited her and presented her with the Alan Reinstein Award, in recognition of her courage and work to educate the public about asbestos disease.

Many people think that people who contract asbestos diseases are elderly retired workers who mined the stuff or handled insulation made with it.

Not so.  Many asbestos sufferers are like Michael and Janelle -- diagnosed in the prime of their lives, never employed in the asbestos or construction industries. My late husband Alan, an avid runner who took great care of himself, showed the first symptoms of mesothelioma in 2003 at the age of 63 and died three years later.

We will remember them all today -- Mesothelioma Awareness Day.  And we will try to dispel the myths – that asbestos-generated disease is a thing of the past -- with our infographic, Irrefutable Facts about Asbestos. Please share this life-saving information with your social networks. Prevention is the only cure.

The U.S. government’s failure to ban asbestos is the ultimate example of the limitations of the federal chemicals safety law, the Toxic Substances Control Act of 1976.

In 1989, according to the Government Accountability Office, the U.S. Environmental Protection Agency proposed a rule to prohibit manufacture, importation, processing and distribution of asbestos in nearly all products. Some manufacturers of asbestos products sued and won in the Fifth Circuit Court of Appeals in 1991. The court found that EPA failed to prove that its ban met the federal law’s conditions:  that it was the least burdensome reasonable regulation necessary to protect human health or the environment.

Asbestos continues to contaminate our communities today.  Asbestos has not been mined in the U.S. since 2002, but the U.S, Geological Survey estimates that the U.S. consumed about 1060 metric tons of asbestos last year alone, mostly imported from Canada. Of that, 57 percent was used in the chloralkali industry, which makes chemical building blocks for a wide variety of materials.  Another 41 percent went into roofing.

Some uses are even more insidious.  In 2007, the Asbestos Disease Awareness Organization identified 5 consumer products, including a child’s toy, that were contaminated with asbestos.

And people are being harmed by asbestos insulation and building materials that are decades old. According to news reports,  2,600 tons of asbestos were collected after the 2011 Joplin, Mo., tornado. Tons of toxic debris littered the coastline after last year’s Hurricane Sandy.

It is because of my husband, Alan, Janelle, Michael and thousands more asbestos cancer warriors that I fight every day to protect American families from asbestos disease. Meaningful chemicals safety reform addressing these three issues can save lives:

The only true measurement of strong chemicals reform is the legislation’s ability to empower the EPA to ban asbestos. Please sign our “Ban Asbestos, Save Lives” petition and join more than 2,700 people who support an asbestos ban.

That one life is lost to a preventable asbestos-caused disease is tragic.  That hundreds of thousands of lives are being lost is unconscionable.