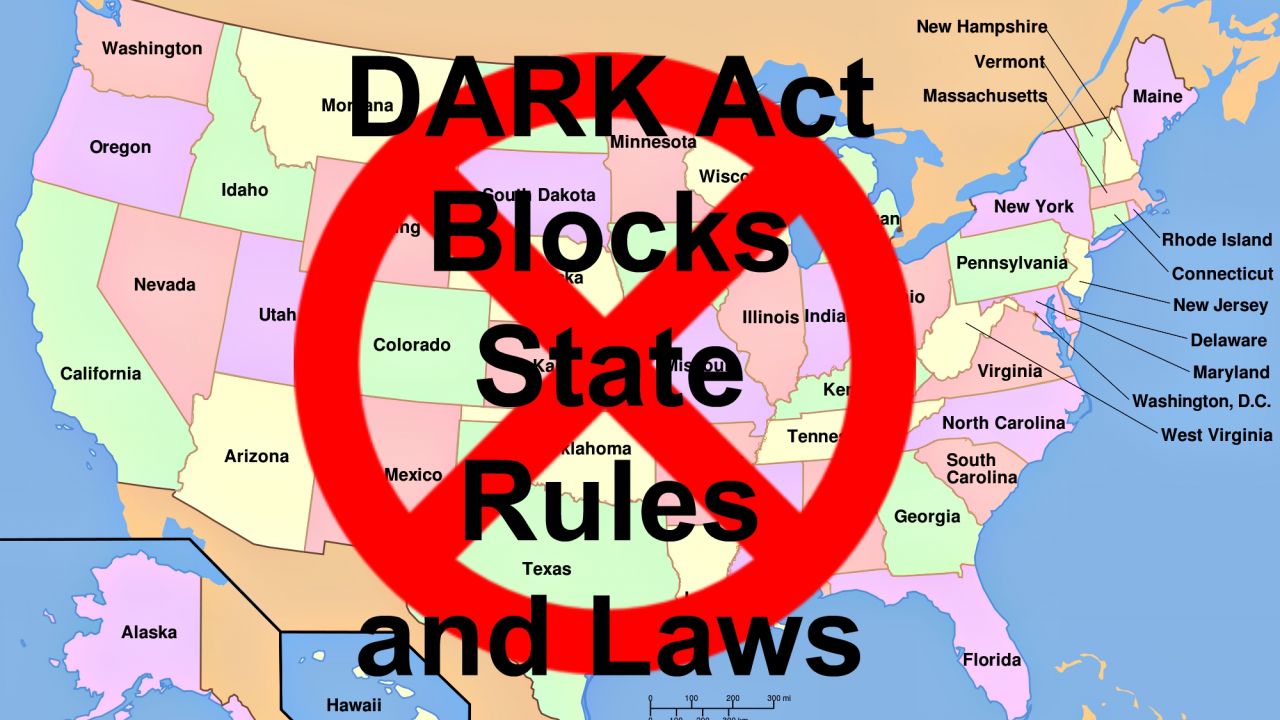 As EWG pointed out last week, the version of the DARK Act passed by the House Committee on Agriculture could block or “preempt” many state and local regulations related to GMOs.

Now committee leaders are denying that characterization of the bill.

Committee chairman Mike Conaway (R-Tex.) and ranking Democrat Collin Peterson (D-Minn.) argued last week in a joint statement that the DARK Act “provides preemption solely for food use and labeling. The preemption provision does not delve into areas beyond this —such as cultivation of crops.”

Conway and Peterson were likely referring changes made to the bill by a manager’s amendment offered Monday. by Rep. Mike Pompeo (R-Kan.), the author of the DARK Act.

Even as amended, Conaway and Peterson understate the potential extent to which state and local laws—even laws related to the cultivation of crops—could be disrupted by the DARK Act.

The third -- and most egregious -- section limiting state action is Section 113.

Is this new version really much better for states that want to take action on GMO crops? Probably not.

This amended version is merely a more subtle way of obstructing state actions. The DARK Act does not define “sale or offer for sale” or give any kind of indication as to what kind of laws might “indirectly” affect sales of GMO crops.

It is not hard to imagine a situation in which a local regulation on GMO crop cultivation, such as a rule restricting the use or movement of GMO seeds to prevent cross-contamination, might indirectly affect sales of GMO plants in that community. If so, that local government would risk having that regulation overturned. At the very least, local officials would have to worry about possible legal challenges to their rule and whether they would have to invest scarce time and energy defending it in court.

Don’t be fooled by claims from DARK Act supporters that preemption is largely limited to state GMO labeling laws. If that were true, there would be no need for Sec. 113, because GMO labeling is addressed in a different section of the bill.

Why include Sec. 113 at all? Perhaps the DARK Act’s real goal is to interfere with the rights of state and local governments to regulate GMOs.