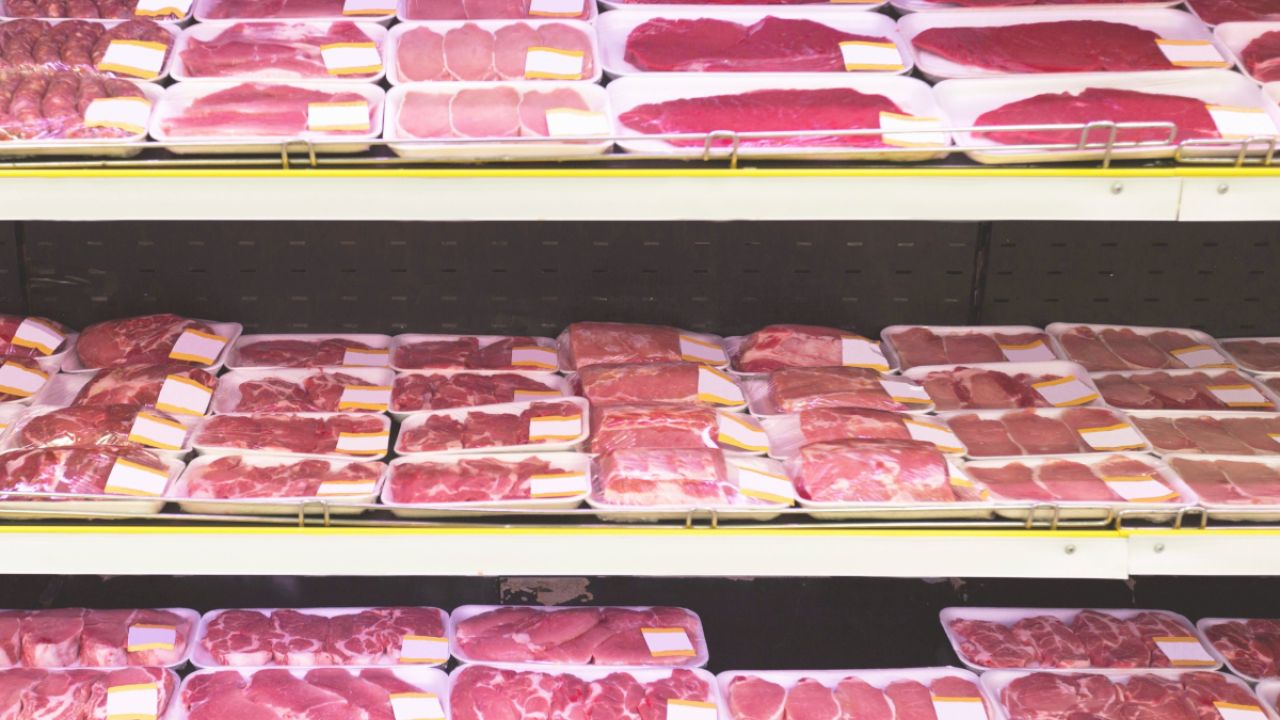 The U.S. leads the world in beef production – only Brazil and China even come close. But what does this mean for the climate crisis?

When it comes to greenhouse gas emissions per kilogram of beef produced, we only rank as the 24th most climate-efficient out of the top 75 beef-producing countries. Even if the U.S. produced all the world’s beef, we would still not avoid a climate catastrophe.

So why do advocates for the U.S. beef industry – including at the Department of Agriculture – say the solution to beef’s growing carbon footprint is to produce more beef in the U.S.?

One reason is that Big Beef is perpetuating its own Big Lie, testifying to House lawmakers earlier this year that the U.S. cattle industry “boasts the lowest emissions intensity per pound of beef of any beef producing company in the world.”

This is simply false. Denmark takes the top spot. The U.S. ranks 24th.

And American agriculture accounts for at least 10 percent of our greenhouse gas emissions – or more than Australia’s total emissions. When we consider emissions from fertilizer production for growing animal feed, agriculture’s share of emissions is even higher. Meat and dairy are among the biggest contributors, and their emissions are increasing.

There’s broad agreement from experts that a climate catastrophe is unavoidable without significant cuts to greenhouse gas emissions from all sectors. Even if we stopped burning fossil fuels tomorrow, scientists have calculated that global emissions from agriculture alone – mostly meat and dairy – would cause us to blow past our climate goals.

Get Your Copy: EWG's Quick Tips for Reducing Your Diet's Climate Footprint

According to its own metrics, the U.S. beef industry already produces more greenhouse gas emissions than Czechia or Belgium, and more than twice as much as Romania.

And global protein demand is expected to double by 2050. If we meet that demand mostly with animal protein like beef, then no matter what our production practices are, we won’t be able to avoid the worst impacts of the climate emergency.

But, beef advocates ask, aren’t we getting more efficient at producing beef?

U.S. beef emissions are about 22 kilograms of carbon dioxide equivalent per kilogram, according to the beef industry – better than Brazil’s beef emissions. What if America were to take on more production to meet the world’s demands for beef?

Experts warn that production efficiencies have reached their limit, and these gains are more than offset by the amount of beef being produced. So raising more beef in the U.S. and less in Brazil won’t make much difference in total emissions if consumption rises, as expected.

Farmers and ranchers can take important steps to lower emissions and help soil temporarily absorb more carbon. But even ranches with the best practices produce more emissions than plant-based foods, despite misleading claims from the animal agriculture industry.

It’s not a big enough USDA priority to help farmers and ranchers reduce greenhouse gases, according to a recent EWG analysis. Instead, the USDA has funneled almost $50 billion in taxpayer subsidies to livestock operators and the farmers who grow animal feed. By contrast, the USDA has spent just $30 million to support plant-based proteins and other alternatives that are better for the climate.

Since 2000, emissions from U.S. agriculture have increased, unlike those from every other sector of the economy. Even more beef production will make the problem worse for our farmers – and our climate.