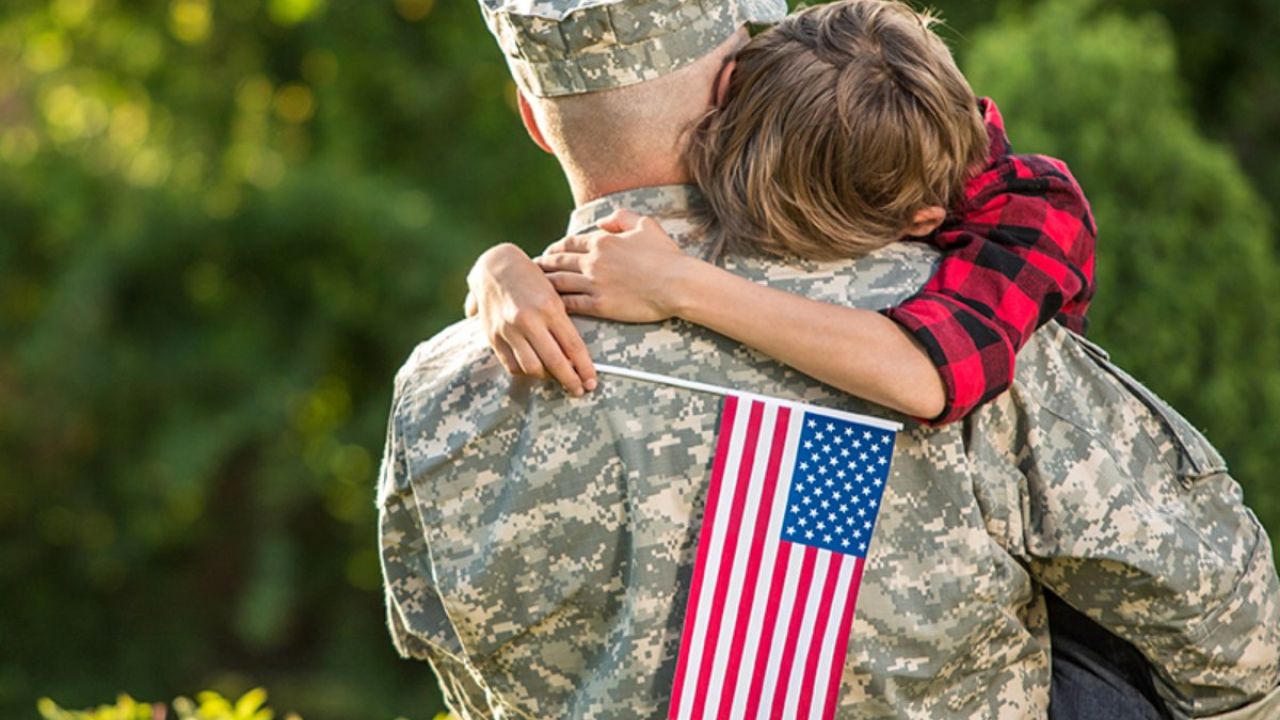 For years, states have led the way in addressing the toxic “forever chemicals” known as PFAS, with six setting strict drinking water limits for the chemicals and at least eight using their power under hazardous waste laws. But the Department of Defense is fighting these efforts.

The DOD has repeatedly failed to commit to meeting state standards when cleaning up PFAS pollution from military bases. What’s worse, having contaminated hundreds of communities with PFAS, the Pentagon is now battling states trying to protect their communities from the toxic chemicals.

Congress needs to hold the DOD accountable and force it to comply with state standards for addressing the contamination.

PFAS are a large family of fluorinated chemicals, some linked to cancer, reproductive harm, immune system damage and other serious health problems.

The Pentagon versus New Mexico

The DOD is pushing back on New Mexico’s efforts to address PFAS through hazardous waste permits.

Cannon Air Force Base is in the eastern part of the state, near the Texas border, surrounded by agricultural and grazing land. For decades, a PFAS-laden firefighting foam called aqueous film forming foam, or AFFF, was used on the base, contaminating nearby farmland and groundwater significantly. As a result, dairy farmers lost millions of dollars and in some cases had to euthanize cattle.

New Mexico’s government is trying to address this contamination through the state-issued hazardous waste permit that covers the base, but the DOD is aggressively fighting back.

The primary federal hazardous waste law, the Resource Conservation and Recovery Act, or RCRA, lets states set up their own hazardous waste management programs. The programs require waste generators, such as military bases, to obtain permits with restrictions on how waste is handled, transported, stored and disposed. Permits can also include a requirement for permit holders to clean up hazardous releases into the environment.

The Environmental Protection Agency does not regulate PFAS as hazardous waste under RCRA. But the law allows state hazardous waste laws to be more stringent than federal requirements. To act on PFAS, states don’t have to wait for the EPA.

New Mexico issued a RCRA permit to Cannon Air Force Base in December 2018. The permit defined hazardous waste to include PFOA and PFOS, two of the best studied PFAS. The permit required the DOD to address PFAS contamination of the air, soil, sediment, surface water and groundwater stemming from its actions on base.

In response, the DOD sued, in January 2019, challenging New Mexico’s permit definition of hazardous waste. It argued that because PFOA and PFOS are not yet regulated as hazard waste under the federal RCRA, New Mexico should not be able to include them in state hazardous waste permits.

The DOD is correct that PFOA and PFOS are not listed as hazardous waste under RCRA. But the EPA is preparing to regulate them. In October, in response to a petition filed by New Mexico’s governor, the EPA committed to adding PFOA and PFOS, along with two other PFAS – GenX and PFBS – to Appendix VIII of the RCRA list of hazardous constituents. This designation is an important first step toward listing PFAS as RCRA hazardous waste.

The EPA also announced it would write new rules clarifying that states can require polluters to  clean up emerging contaminants like PFAS through RCRA permits.

In response to the EPA announcement, New Mexico urged the DOD to drop its suit in November.

But the Pentagon won’t back down. In a January, it argued that the EPA’s commitments do not in any way affect “the scope of New Mexico’s cleanup authority regarding PFAS” and refused to drop the suit.

Most cleanup of PFAS-contaminated sites is governed by the Comprehensive Environmental Response, Compensation, and Liability Act, or CERCLA, better known as the federal Superfund law. Under the law, there are long-term cleanup actions, called “remedial actions,” and short-term actions to address immediate health risks, called “removal actions.”

The DOD won’t commit to respecting state drinking water and groundwater limits in ongoing cleanups in the six states that have enacted those standards.

In long-term remedial actions, there’s a process to evaluate federal and state standards and determine which cleanup threshold applies. State standards that are more stringent than federal limits, as with several states’ drinking water standards, are usually used if they are “applicable or relevant and appropriate requirements,” or ARARs.

The Superfund law does not define ARARs, but EPA guidance clarified that state cleanup standards are ARARs if they are properly promulgated, legally enforceable, consistently applied, and identified in a timely manner, among other factors. State drinking water limits almost certainly meet these criteria.

Instead of saying that it will meet those standards, the DOD keeps kicking the can down the road, saying it will not choose cleanup standards for a given site until a cleanup plan is selected. Most DOD sites contaminated with PFAS are still in the very early stages of cleanup, and it could be years before cleanup plans are selected and states learn whether their standards will apply. The DOD estimates that it may take 30 years to clean up some contaminated bases.

In a September 2018 House Energy and Commerce Committee hearing, DOD’s then-Deputy Assistant Secretary of Defense for Environment Maureen Sullivan told Rep. Frank Pallone (D-N.J.) state standards would be “rolled in as a consideration” but didn’t say if they’d be selected.

Similarly, in December 2018, the Air Force told Michigan it would consider the state “statutes and regulations as potential ARARs when the AF is choosing remedial actions” and that Michigan would “have a chance” to advocate for those standards at that time.

In a meeting with community leaders in July 2021, the Deputy Assistant Secretary of Defense for Environment and Energy Resilience, Richard Kidd, reiterated that the Pentagon may follow state drinking water standards, but he would not commit to it. Instead, he said the DOD follows the Superfund process, and state standards “factor into that process.”

The DOD has also been evasive about whether it will meet state standards when taking short-term removal actions related to PFAS contamination, like providing bottled water to well owners with contaminated drinking water.

In New Hampshire, the DOD refused to provide bottled water to private well owners with levels of PFAS that exceed state levels. The Pentagon argued it would meet state standards only where DOD was the water purveyor, or if the levels exceeded the EPA’s lifetime health advisory of 70 parts per trillion, or ppt, for PFOA and PFOS, a level much higher than New Hampshire’s limits of 12 ppt and 15 ppt, respectively.

In a December 2021 memo, the DOD said though it does not need to go through the ARAR process for short-term actions, it plans to do so. But once it “identifies a properly promulgated, consistently implemented State PFAS drinking water standard as an ARAR for the specific removal action,” the DOD may use that standard when determining whether residents should get bottled or filtered water.

This is alarming, because short-term actions are designed to address immediate health risks. The DOD should not delay action with unnecessary additional bureaucratic steps. Instead, it should ensure that all residents affected by PFAS contamination from bases have access to water that meets state water limits.

The DOD also tried to weaken state standards, saying in 2017 it was “concerned about the scientific basis” for New Jersey’s first-in-the-nation limit for the PFAS chemical PFNA, finalized in 2018.

DOD may be violating state standards

In the six states with PFAS drinking water limits, the DOD must therefore meet those standards.

Vermont set a maximum contaminant limit of 20 ppt for five PFAS in March 2020. The state requires that drinking water system providers, including the DOD, regularly monitor for these PFAS. In December 2020, a sample of finished tap water at the Army’s Camp Ethan Allen Training Site, in Vermont, contained 40.8 ppt of PFOA and PFOS combined.

Under Vermont law, any detection above 20 ppt requires that the water provider collect a confirmation sample within 10 days of receiving the test result. Any detection over 40 ppt requires a “Do Not Drink” notice to be issued immediately.

It’s unclear, based on public information, whether the DOD ever took a confirmation sample or issued a Do Not Drink notice. But the Pentagon did downplay the risks in a PFAS Snapshot notice. The finished water “does not contain PFOA/PFOS above” the EPA health advisory of 70 ppt, even though the chemicals are present at levels double Vermont’s limit of 20 ppt. The snapshot also says “a water quality report is not required for this location.”

In 2019, Congress tried to address this issue by including a provision in the Fiscal Year 2020 National Defense Authorization Act, or NDAA, that would require the DOD to sign contracts with states addressing the cleanup of PFAS-contaminated military sites in those states.

The law also requires that state cleanup standards apply if the limits are more stringent than federal standards. Michigan Governor Gretchen Whitmer in March 2021 asked the Pentagon to enter into such an agreement for all PFAS cleanups in the state.

The DOD’s response ignores the clear NDAA language requiring that cleanups “meet or exceed the most stringent” of state or federal standards. Instead, the DOD delays and deflects by arguing again that it cannot commit to meeting state standards until it has gone through the lengthy Superfund process for determining which standards apply.

Congress should hold the Pentagon accountable for its failure to comply with state standards and keep pushing for legislation that will require the DOD to adhere to them.