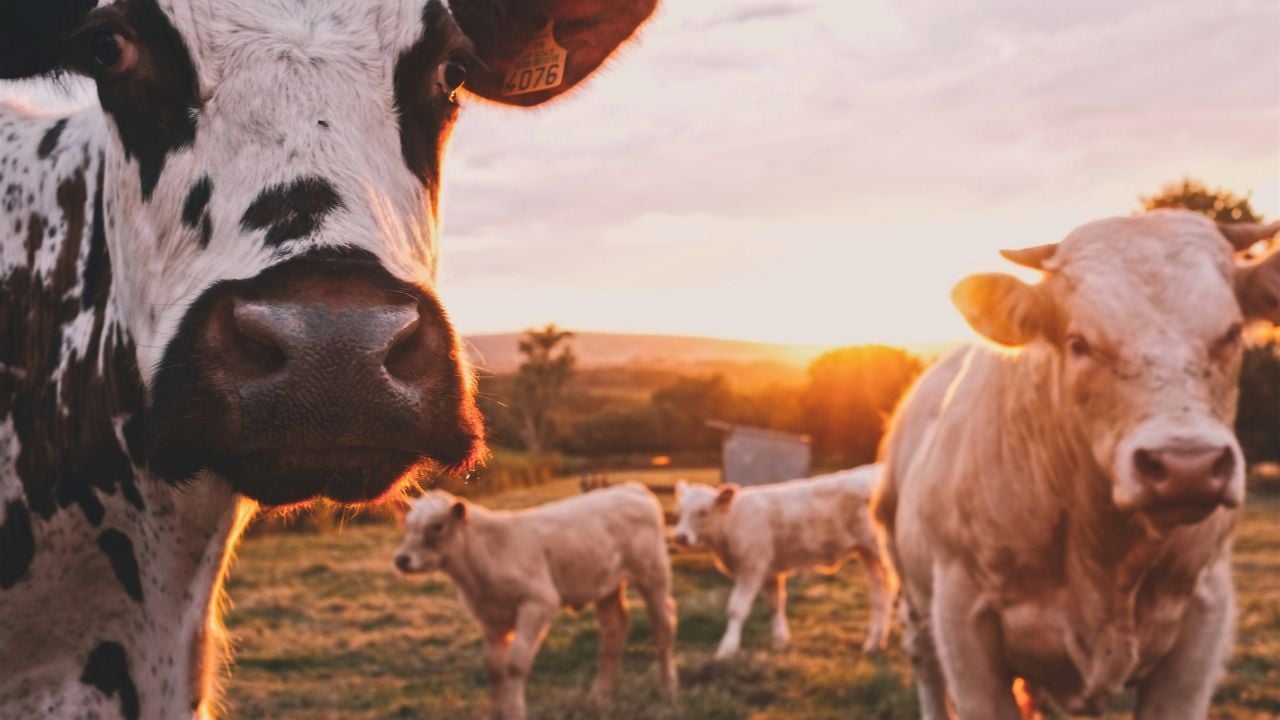 The meat industry contributes more to the climate crisis than it admits. Over the past 50 years, the sector has fed more people but used more land and fertilizer for animal feed at industrialized facilities – costs the industry often ignores in its claims.

Here’s the truth: The amount of land used to feed and raise animals, as well as the number of animals raised, have continued to increase over the past 20 years in the U.S. and globally. Today more than half the world’s land is used to feed or raise animals, including 48 percent of U.S. land.

In the U.S., agriculture creates 10 percent of our greenhouse gas emissions. Factor in emissions from fertilizer production and land conversion to grow animal feed, and that share rises. This has an outsize impact on the climate emergency.

If America’s meat and milk industry were a country, it would be the world’s 12th largest emitter of greenhouse gases. Since 2000, emissions from agriculture have gone up 12 percent. And meat production is responsible for much of that increase. By 2050, greenhouse gas emissions from animals and feed production could easily account for one-third of U.S. emissions.

Meat clearly has a math problem, and as with any problem, there’s an urgent need to find the right solution. Can incentives alone spur changes in feed and manure management?

If global protein demand doubles, as some predict, and most of that demand is met by animal proteins produced in the U.S. and abroad, incentives alone will likely have little impact.

Under the best-case scenario, better feed and manure management will reduce emissions from animals only by 18 percent. And these estimates ignore the growing impact of fertilizing animal feed with nitrogen-based fertilizers. Despite the claims of industry organizations, meat and milk production will never be “climate neutral,” because growing demand for animal proteins wipes out any emission gains from changes in how corn and cows are raised.

Even if the U.S. stopped burning fossil fuels today, greenhouse gases from food and farming could make a climate catastrophe unavoidable. That’s the conclusion of a team of experts in food, climate science, agriculture and sustainability from the University of Oxford, Stanford University and the University of Minnesota.

The team concluded that expected increases in agricultural greenhouse gases make it unlikely we will be able to keep global warming below 2 degrees Celsius. That’s the threshold scientists say would help humanity avoid the worst effects of climate change. These emissions increases are caused especially by clearing and fertilizing land to grow crops and by farm animals and their manure.

The good news is that demand for alternative proteins, which can be made with fewer emissions than animal meat production, is growing, especially among consumers who are not vegetarians and vegans. More meat-eaters are occasionally choosing fish and plant proteins. They’re not rejecting meat altogether, but if enough consumers change their diets to reduce beef and chicken, meat’s bad climate math looks much better.