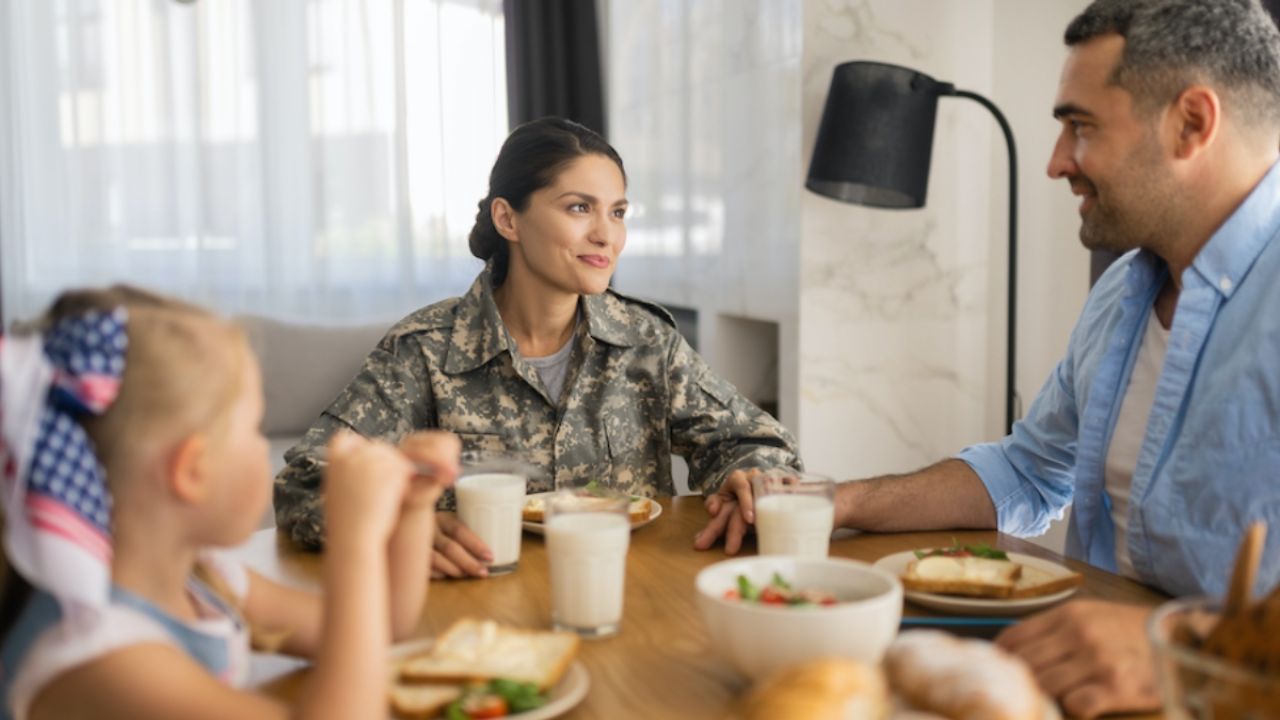 Decades after polluting their well water, the Defense Department is still providing water filters and bottled water to at least 47 communities it contaminated with the “forever chemicals” known as PFAS, highlighting the need for Congress to swiftly fund PFAS cleanup at DOD bases.

The well water of these communities contains dangerous levels of harmful PFAS that can be traced to pollution from DOD bases. These findings are based on EWG’s analysis of records from DOD, the independent federal Government Accountability Office watchdog, and state agencies. The communities range in size from a few households to thousands of residents.

Homes in at least 33 of these communities still rely on DOD-supplied bottled water in lieu of safe tap water. Households in at least nine communities that relied on private well water had to be connected to municipal water sources. Because of the contamination, their wells could no longer be used.

Other communities also had to be provided with household water filters, or their municipal water supplier had to install new filter technology to protect the community.

DOD is providing bottled water and water filters only in communities where the drinking water exceeds the Environmental Protection Agency’s lifetime health advisory of 70 parts per trillion, or ppt.

In the absence of a federal PFAS drinking water standard, states have started to set their own legal limits for certain types of the chemicals. New Jersey was the first to set to a maximum contaminant limit for the compound PFNA, at 13 ppt, and has proposed standards of 13 ppt for PFOS and 14 ppt for PFOA.

But, so far, DOD is refusing to provide clean water to nearby residents when PFAS levels are above state standards but below 70 ppt.

Consider New Hampshire: In 2019, New Hampshire became one of the first states to set its own drinking water standards for PFAS, which were well below the EPA’s lifetime health advisory.

New Hampshire state officials wanted the Air Force to provide clean water to people living near the Pease Air Guard base who rely upon drinking water wells contaminated by the military’s use of firefighting foam made with PFAS.

But the Air Force refused to meet the state’s science-based standards, saying it would comply with those standards only when the Defense Department acts as the water utility. Unless the well water was above the EPA advisory levels of 70 ppt, the well owners were on their own.

Now at least five other states are fighting to get the department to meet their drinking water standards.

PFAS are among the most persistent toxic compounds in existence, contaminating everything from drinking water to food, food packaging and personal care products. PFAS are found in the blood of virtually everyone, including newborn babies. They are known as forever chemicals because they never break down in the environment and last for years in our bodies.

Very low doses of PFAS chemicals in drinking water have been linked to suppression of the immune system and are associated with an elevated risk of cancer, increased cholesterol, and reproductive and developmental harms, reduced vaccine efficacy and other health concerns.

Many scientists and health experts agree that a safe level of PFAS exposure is just 1 ppt, and recent EPA studies suggest the safe level of exposure in drinking water could be orders of magnitude lower.

For homes forced to rely on bottled water, it is unclear how long they’ll continue to lack a safe source of tap water. Without swift and broad action to clean up PFAS contamination, it would be reasonable for these communities to think there’s no end in sight to the problem.

There’s also no federal standard for monitoring private well water for PFAS. It’s likely many other homes near DOD bases may be drinking PFAS-contaminated water at unsafe levels.

PFAS pollution affects communities across the country, especially those near the fence lines of DOD facilities. More work is urgently needed to identify areas where residents might face greater health risks from contaminated water.

Almost 400 DOD installations have confirmed PFAS contamination, and nearly 300 more are suspected to have contamination. That is in addition to the nearly 3,000 other communities that have PFAS in their drinking water in the U.S.

PFAS concentrations measured at DOD installations are among the highest in the country, with some bases having concentrations in the millions of parts per trillion. PFAS are highly mobile when they enter groundwater, and as time goes on, the toxic plumes coming from bases will continue to grow, potentially contaminating more communities and homes.

The DOD has been slow to address issues of PFAS contamination, both on base and in neighboring communities, while service members and residents in nearby communities have dealt with the health impacts of exposure to these toxic chemicals.

The primary source of PFAS coming from DOD bases is the use of firefighting foams known as aqueous film-forming foam. The DOD, which helped create the foam, has known about the risks PFAS since the 1970s.

But the DOD didn’t alert service members about the risks until 2011 and waited another five years to act, in violation of DOD policies, according to a report by its inspector general. “As a result, people and the environment may have been exposed to preventable risks,” it said.

Congress poised to act on cleanups

Although the Pentagon may be sitting on its hands, Congress is not.

Among other things, the final defense spending bill will require DOD to test for PFAS within two years at hundreds of military installations where PFAS contamination is suspected and require greater transparency and notification surrounding the testing of drinking water supplies for PFAS on and around military installations.

Much more needs to be done by Congress and the Biden administration to address the PFAS contamination crisis that military communities are facing but passing the recently released NDAA will be an important down payment.