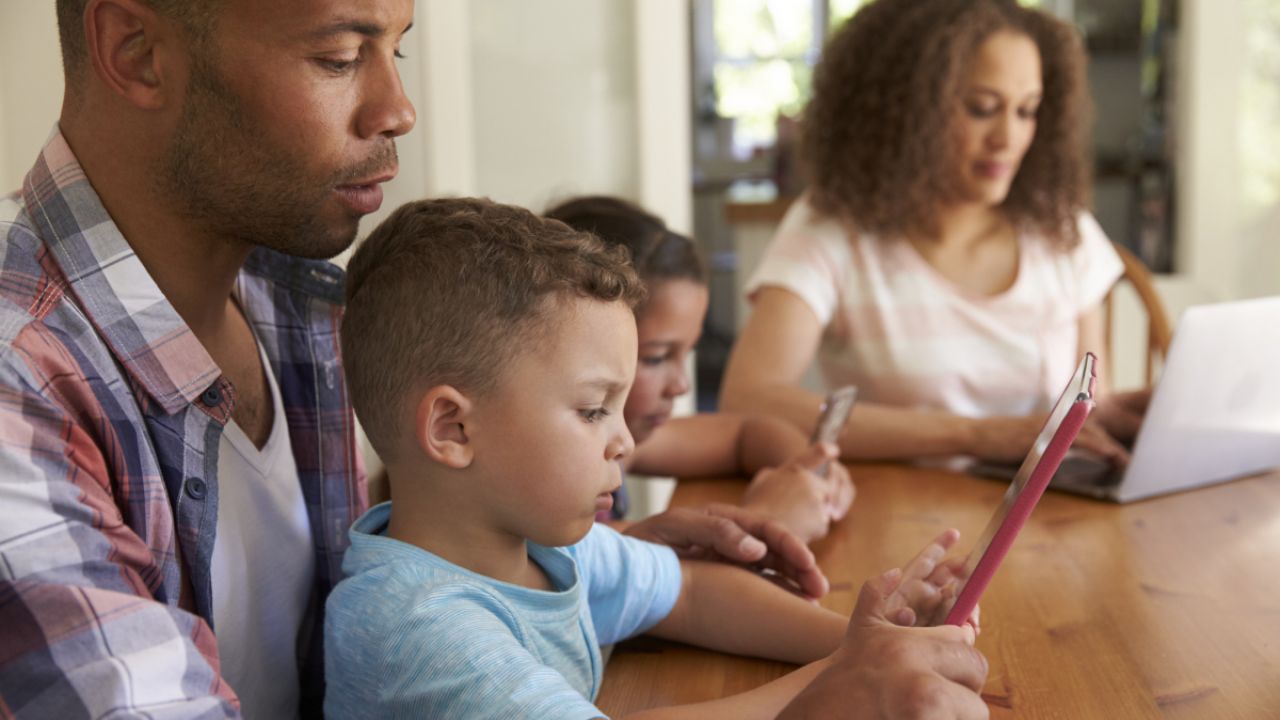 If you’re traveling with kids this holiday season, chances are they’ll use some type of wireless device for entertainment for at least part of the trip.

We get it. Traveling with kids requires backup.

But any device using a Wi-Fi or cell signal – including smart phones, watches, tablets, Kindles, laptops – emits radiation through radiofrequency energy, which has been linked to an increased risk of brain and heart cancer, and other developmental, neurological and cognitive harms.

The level of exposure to radiofrequency radiation depends on the device and the strength of the signal, with a weaker signal typically resulting in higher radiation output.

But the Federal Communications Commission hasn’t updated its radiofrequency limits since 1996, and even those were based on studies conducted in the 1970s and 1980s.

In 1996, kids were lucky if they had a pager. The internet was something you used at the library, and the most common way to kill time while traveling was to fight with your siblings. Today, even toddlers have smartphones, making radiation exposure a widespread concern.

Reduce your exposure to harmful wireless radiation with EWG's top tips for safer cell phone use.

Sign up today to get an electronic copy of EWG's Guide to Safer Cell Phone Use - delivered right to your inbox.

With current extensive research linking radiofrequency radiation to health harms, even at exposure levels below the FCC’s limit, EWG decided it was past time to review the science of health risks from modern wireless devices, including cellphones and tablets.

Our review took the Environmental Protection Agency’s scientific approach to assessing health risks from chemical exposures and applied it to radiofrequency radiation. EWG found that the radiofrequency exposure limits set by the FCC in 1996 are too weak – 200 to 400 times weaker than what’s needed to adequately protect children.

That’s why we recommend stronger health-based exposure standards for both children and adults. But until the FCC sets sufficient regulatory limits for consumer electronics, it’s up to parents and caregivers to protect children.

1. Put space between the device and your kid’s body.

Even a few inches make a big difference. Instead of resting a device in your kid’s lap, put it on a pillow, a portable lap desk or an airplane tray table. Portable lap desks are easy to find, even in foldable travel versions. They’re also great for eating and drawing in the car.

Teach your kids to carry their phone in a backpack or bag – somewhere other than in a pocket. This is especially important when kids are on a call, because phones emit higher radiation when they transmit a call or data.

It’s best to keep a smart phone in airplane mode whenever possible, but especially when the signal is weak or when you’re moving – such as in a car or train. The harder a device has to work to find a cell tower, the more radiation it releases, and the greater the exposure. Devices in airplane mode don’t send or search for a signal and don’t emit radiofrequency radiation.

Download apps and videos before leaving home, instead of streaming, then switch to airplane mode for the trip. Most streaming services, including Netflix, Disney+ and Amazon Prime, now allow subscribers to download TV episodes and movies to watch offline.

3. When making calls, use speaker mode or headphones with cords

Because of the additional exposure when the signal is weak or moving, kids should be particularly careful when they’re talking on the phone. Instead of holding it against their ear, kids should use headphones with cords or speaker mode or make video calls, and put the phone somewhere away from their bodies while they talk, such as on a table or arm rest, or in a cup holder.

Kids shouldn’t sleep next to their devices, and certainly shouldn’t place them under their pillow. Even when they’re not being used, cellphones emit a small amount of radiation, which can spell big trouble for children.

Most studies on the health impacts of radiofrequency radiation are conducted using cellular signals and cellphones, so scientists don’t fully understand the long-term effects of Wi-Fi exposure. But radiation sources are stronger the closer they are to your body, so it's best to locate home Wi-Fi routers as far away from children’s bedrooms as possible.