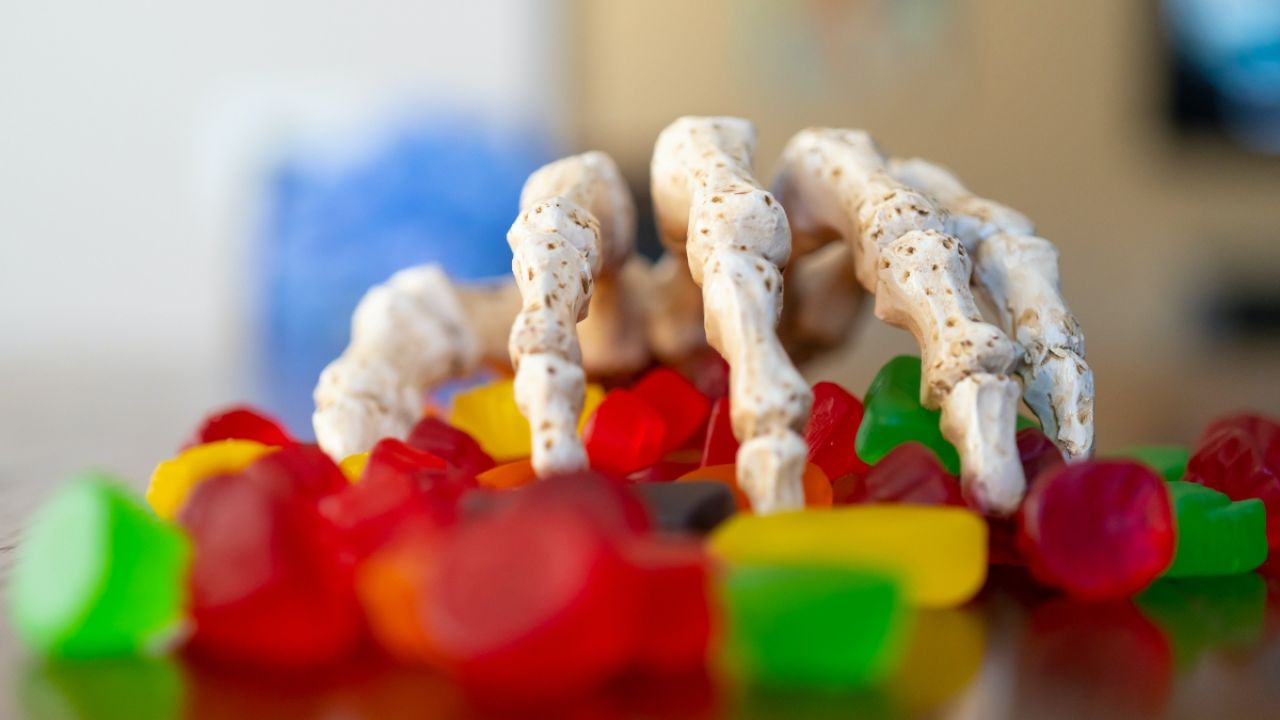 In the fall of 1950, a Halloween nightmare was unfolding. There was something in the candy and it was making kids sick. Across the country, dozens of children were suffering from severe diarrhea and abdominal cramps.

Poisoned Halloween candy is a persistent urban legend. But there was no neighborhood bogeyman that year tampering with kids’ treats. The culprit was a food dye derived from the byproducts of coal processing, called Orange No. 1, one of seven colors approved for use in food in 1907. To get a deep Halloween orange color, the tainted candy was made with large amounts of pure Orange No. 1 – in some cases as much as 1,500 parts per million. The dye was making kids sick because it was toxic.

The event was a wake-up call for the Food and Drug Administration and launched it on the path of more oversight of food chemicals. Now two critical bills are circulating in Congress that would bring the FDA’s authority of food chemicals into the 21st century.

In response to the public outcry over Orange No. 1, the FDA conducted its own tests of the food dye and two other dyes of concern, Orange No. 2 and Red No. 32.

The FDA’s findings for all three dyes were scary – they were not “harmless substances,” as had been assumed, “but on the contrary are definitely toxic.” Orange No. 1 tests revealed “definite damage to various vital organs of the test animals, significant changes in body weight, and premature death.” Volunteers experienced diarrhea after eating one to eight pieces of candy. All three dyes were banned in 1955.

Congress also took note. To investigate the use of chemicals in food and cosmetics in 1950, it formed a special committee, led by Rep. James Delaney (D-N.Y.).

The 1938 Food, Drug, and Cosmetic Act had given the FDA strong authority to protect the food supply from pathogens. But the agency’s power over the growing number of chemicals used as preservatives, thickeners, emulsifiers and sweeteners remained limited. Companies could use the new chemicals without the FDA’s approval, and without assessing their long-term risks, like cancer or reproductive and developmental harms.

The Delaney committee consulted experts and held public hearings. It found that the increased use of food chemicals “created a serious public health problem” and “no chemical should be permitted entry into the Nation’s food supply until its safety for use has been demonstrated beyond a reasonable doubt.”

The Delaney committee failed to address the FDA’s authority over cosmetics, which has not been meaningfully updated in 83 years. And although the panel’s effort led to stricter food laws, it’s now beyond time for another update.

The food chemical regulatory system we have today is a far cry what Congress envisioned in the 1950s and 1960s. Real mass poisoning events like the Halloween scare of 1950 are rare. But the system fails to address more insidious threats, like increased risk of cancer, nervous and immune system harms, hormone imbalances, and even premature death.

Few food chemicals undergo the FDA safety review and approval process created by the 1958 law. Instead, most food companies take advantage of a legal loophole that allows them to decide their chemical is generally recognized as safe, or GRAS – sometimes without ever telling the FDA.

When companies do share their findings with the FDA, they can withdraw from the voluntary process at any time, demand that the agency cease its review of the safety evidence, and use their chemical without further FDA scrutiny.

The GRAS loophole has allowed food chemicals of concern to enter the market. Examples include BHA and BHT, which have been linked to reproductive harms and increased risk of cancer, and propyl paraben, which can alter genes and reduce fertility.

As a former FDA deputy commissioner acknowledged in 2014, “We simply do not have the information to vouch for the safety of many of these chemicals.”

The GRAS loophole is not the only way our food chemical safety laws are broken. Many of the chemicals have been approved by the FDA even though safety assessments have not been meaningfully re-reviewed in decades.

Titanium dioxide, used in Skittles and Starburst, was approved as a color additive in 1966 but has not been meaningfully reviewed for safety since. By contrast, Europe’s top food safety agency recently said it no longer considers the additive to be safe.

Scientists also recently flagged the common preservative TBHQ, found in Pop-Tarts and other popular food, for potential immune system concerns. But the FDA has not meaningfully reviewed it for immunotoxicity since 1972.

The current situation is unacceptable. We should feel confident about the safety of  the food we eat and feed our children every day, whether at Halloween or any other time of year.

Two bills are pending in Congress that would narrow the GRAS loophole and require the FDA to systematically reassess chemicals approved long ago.

The Toxic Free Food Act, introduced by Rep. Rosa DeLauro (D.-Conn.), would eliminate secret GRAS determinations and require that companies seeking GRAS status for their chemicals provide robust scientific data to the FDA and the public. It would require that independent experts, not scientists on a company’s dime, determine whether the substance is safe.

It would also require that the food chemical be safe for everyone’s consumption – including vulnerable populations like children.

The Food Chemical Reassessment Act, introduced by Reps. Jan Schakowsky (D-Ill.) and DeLauro, would create a new office within the FDA dedicated to reassessing food chemicals on the market. It would require the agency to reassess the safety of at least 10 chemicals used in food or food packaging every three years.

Congress should act swiftly to pass these critically needed laws and protect us from the ongoing food chemical safety nightmare.