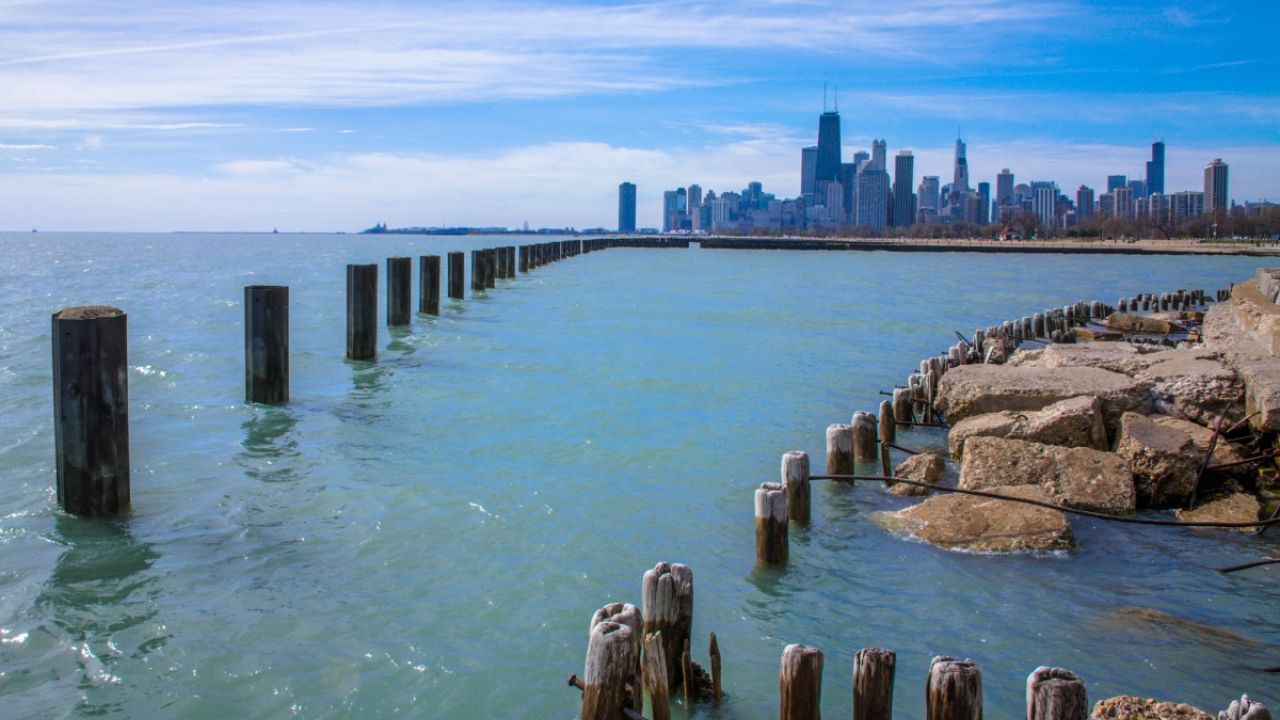 Groundwater from at least six Defense Department sites in the Great Lakes region is contaminated with high levels of the toxic “forever chemicals” known as PFAS, according to DOD records obtained by EWG.

The chemicals have seeped into the Great Lakes, adversely affecting wildlife, and potentially harming residents’ food supply and livelihoods if they consume fish contaminated with the chemicals. The contamination underscores the need for swift PFAS cleanup by DOD, which used these chemicals in firefighting foams for decades and knew of their harms.

DOD’s records reveal levels of PFAS, including the notorious chemicals PFOA and PFOS, ranging from 5,400 parts per trillion, or ppt, to 1.3 million ppt, in the groundwater at the six sites. There is no enforceable federal drinking water limit for PFAS, but Michigan’s groundwater cleanup criteria and drinking water standards are 8 ppt for PFOA and 16 ppt for PFOS.

The highly contaminated DOD sites include:

The records also show that PFAS may be present in the groundwater at several other bases near the Great lakes where DOD has not tested to confirm the presence of PFAS, including: 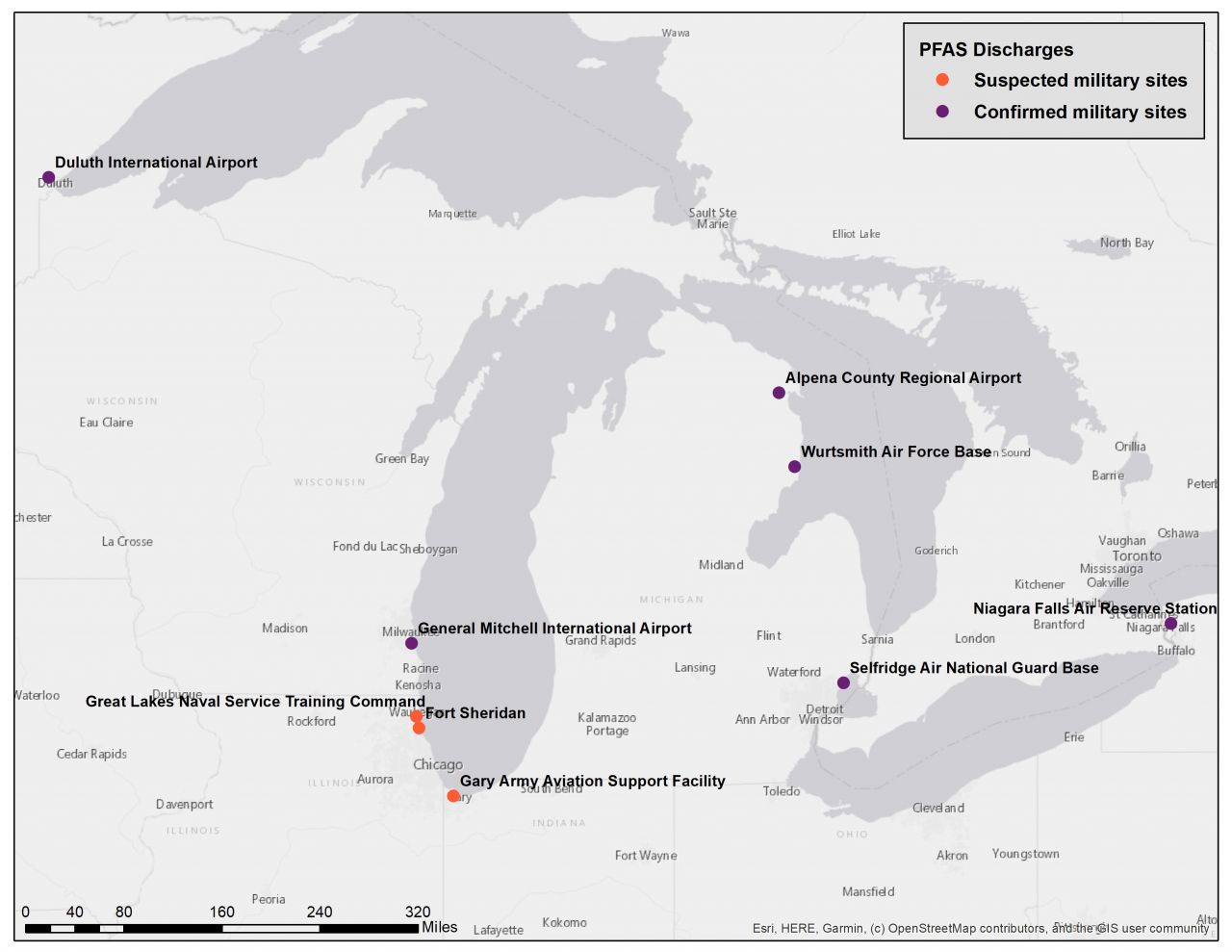 PFAS from these sites could be harming the Great Lakes’ wildlife, including lake trout, walleye and smelt, posing potential health risks to anyone who consumes the contaminated fish.

No national standard exists for testing fish for PFAS. But the Environmental Protection Agency, collaborating with the Navy, aims to finalize a test method this year.

In 2019, the Food and Drug Administration also created its own tests for the presence of 16 PFAS chemicals in foods across eight mid-Atlantic states, focusing on the most commonly consumed foods available in grocery stores, not locally caught or raised foods. The FDA detected PFOS in half of the seafood sampled. Fish from the Great Lakes was not included.

The European Food Safety Authority, or EFSA, set a consumption threshold of 4.4 ng/g per week. For a 160-pound person, a safe level of exposure to PFAS in food for an entire week would be 332 ng/g. One 8-ounce serving of lake trout, at 11 ng/g, would be more than seven times this weekly limit, and one trout from Lake Erie with 136 ng/g of PFAS would be almost 100 times more than this weekly limit.

EFSA lowered its level for PFAS in food because new research shows that exposure to PFAS reduces vaccine efficacy. In the midst of the coronavirus pandemic, EFSA scientists considered that to be the most critical human health effect.

Several states, including Michigan and Wisconsin, are now offering guidelines to limit consumption of fish contaminated with PFAS. Michigan has started to issue an annual guide for the fishing community that includes the location of contaminated fish populations and the amount of each type that is safe to consume. High PFAS levels in smelt in Lake Superior have led Wisconsin officials to issue a fish consumption advisory.

Although PFAS contamination of the Great Lakes is suspected from hundreds of industrial sites throughout the region, DOD sites are a major contamination source.

The potential threat to Great Lakes wildlife from PFAS contamination at DOD sites is a local example of a national problem. The chemicals have been detected at more than 300 military installations across the U.S., and they may be present at hundreds of other military sites.

Newer PFAS in replacement foams have been linked to many of the same health effects as those from PFOS, leading Congress to direct the department to phase out the use of fluorinated foams altogether by 2024.