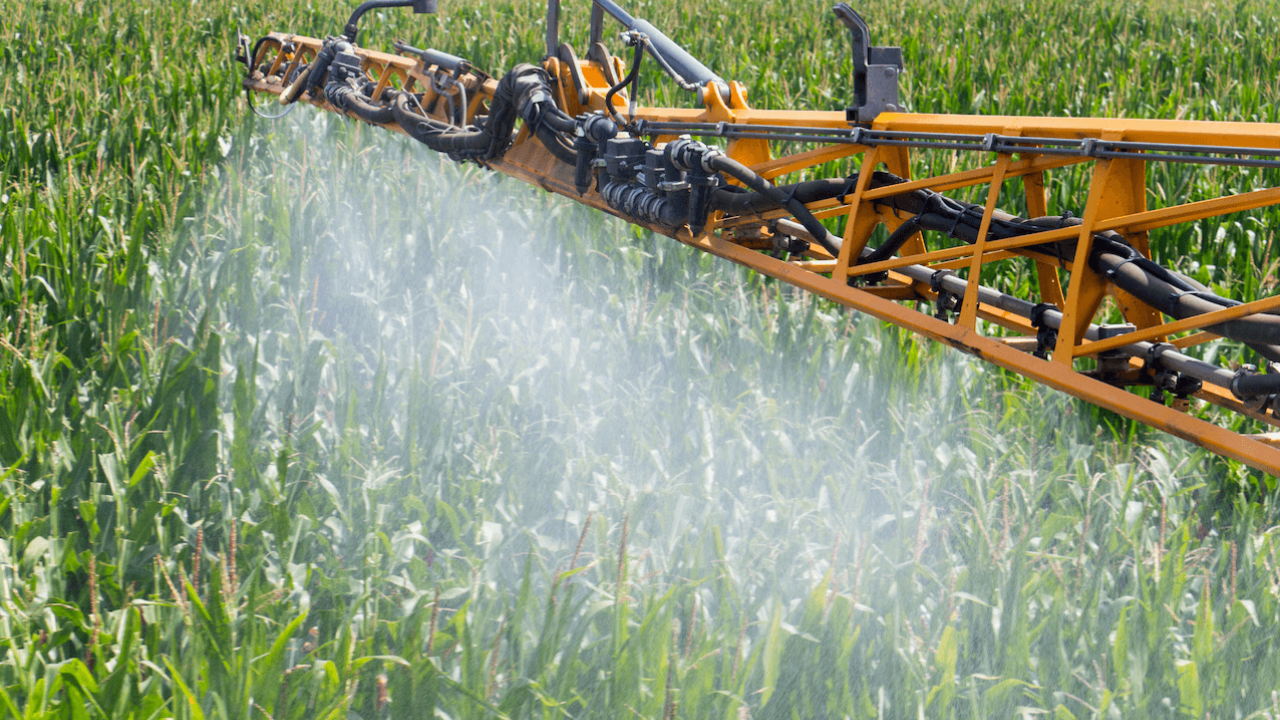 Update: The Environmental Protection Agency announced on August 18, 2021, that it would ban all uses of the harmful pesticide chlorpyrifos on food, after decades of allowing its use. EWG applauded the long-overdue move as a vital step toward protecting public health.

Chlorpyrifos is the most widely used organophosphate pesticide in the U.S., with millions of pounds sprayed every year. Scientists have definitively linked it to severe brain damage in children and fetuses, but a scheduled federal ban was scuttled by the Trump administration. Now some states are taking regulation into their own hands.

Here’s a timeline of chlorpyrifos regulation at the federal and state levels.

Dow Chemical Co. introduced chlorpyrifos. Its largest agricultural use has been on corn, although this use has declined in recent years. It is also sprayed on soybeans, fruit and nut trees, Brussels sprouts, cranberries and other row crops and has recently been found on frozen strawberries and in milk.

The National Academy of Science released “Pesticides in the Diets of Infants and Children,” a study chaired by Dr. Philip Landrigan, a pediatrician and epidemiologist who is now director of the Program in Global Public Health and the Common Good at Boston College.

The Landrigan report led to passage of the Food Quality Protection Act, or FQPA. It requires the Environmental Protection Agency, when it determines the legal limit for pesticides, to add a tenfold extra margin of safety to “ensure that there is a reasonable certainty that no harm will result to infants and children from aggregate exposure to the pesticide chemical residue.”

Numerous studies found overwhelming evidence showing that even small exposures of chlorpyrifos can cause irreparable damage to the parts of the brain that control language, memory, emotion and behavior, and that exposure during development leads to lower IQ levels. The EPA’s assessment of these studies concluded that current levels of chlorpyrifos found on food and in drinking water are unsafe. Based on this assessment and the FQPA standard, the Obama administration's EPA proposed a ban of chlorpyrifos on food crops.

Landrigan said of the rule, “Based on the strong consensus of the pediatric and the public health communities, the FQPA stated unequivocally that regulation of toxic pesticides must focus, first and foremost, on protecting infants and children.... When the EPA fails to apply this principle, children may be exposed to levels of chemical pesticides that can profoundly harm their health.”

Shortly after the 2016 election, Dow Chemical launched an aggressive campaign to prevent a ban.

Scott Pruitt, the first EPA chief in the Trump administration, ignored the evidence and overruled his own scientists, rescinding the ban just days before it would have taken effect.

In response, the American Academy for Pediatrics and EWG sent a letter to Pruitt and the EPA expressing deep alarm over the reversal, saying it will put developing fetuses, infants, children and pregnant women at risk.

The EPA and the National Institute of Environmental Health Sciences published a report warning that chlorpyrifos can severely harm children’s brains.

In response to a lawsuit brought by Earthjustice, the 9th Circuit Court of Appeals ordered the EPA to finalize its proposed ban of chlorpyrifos. Judge Jed Rakoff criticized the ban reversal, stating: “There was no justification for the EPA’s decision ... in the face of scientific evidence that [chloropyrifos] residue on food causes neurodevelopmental damage to children.”

The Justice Department filed a motion asking the Court of Appeals to throw out its decision ordering EPA to proceed with a ban.

The court ordered the EPA to decide by July 2019 whether to ban chlorpyrifos. The EPA ultimately decided against it.

The European Food Safety Authority determined that there is no safe level for chlorpyrifos, stating that it “does not meet the criteria” for approval for use in the European Union.

If Pruitt had stood by his own EPA scientists, a chlorpyrifos ban would have taken practical effect in 2019. Now any federal action on chlorpyrifos will be postponed until 2022, when the EPA will reevaluate its safety.

Roughly 30 million pounds of chlorpyrifos will have been sprayed on U.S. cropland between 2018 and 2022, according to a 2018 estimate by the U.S. Geological Survey.

In the absence of federal action, some states have taken steps to protect their citizens from chlorpyrifos. Three states have banned it from use, and two have proposed a ban.

Hawai'i became the first state to ban chlorpyrifos. The state senator who wrote the law said: “We have been guided by the belief that we must always put our keiki [children] first.”

California Gov. Gavin Newsom’s administration reached a deal with pesticide manufacturers to prohibit the sale of chlorpyrifos and gave farmers in the Golden State until the end of 2020 to use up their remaining stock.

New York Gov. Andrew Cuomo directed the state’s Department of Environmental Conservation to phase out aerial applications of chlorpyrifos by December 2020, and called for a ban on all uses by 2021.

Following the lead of these states, Maryland’s Department of Agriculture implemented regulations to phase out chlorpyrifos by prohibiting any use of the chemical after the end of last year, and eliminating any exceptions by the end of this year.

The Maine Legislature introduced a bill that would effectively ban the pesticide at the beginning of next year, with limited exemptions.

Minnesota lawmakers began consideration of a bill to ban chlorpyrifos.

The U.S. 9th Circuit Court of Appeals ordered the EPA to take immediate action to reduce the risk of exposing children to the pesticide, which will likely result in a ban or phaseout of chlorpyrifos from future use on fruits and vegetables.

Shortly after taking office in January, President Biden used an executive order to direct the EPA to review the decision to reverse the ban on chlorpyrifos.

The EPA under President Joe Biden announced a ban on all uses of chlorpyrifos on food. The move will make it illegal to have trace amounts of chlorpyrifos present on food – something that the agency had previously permitted.