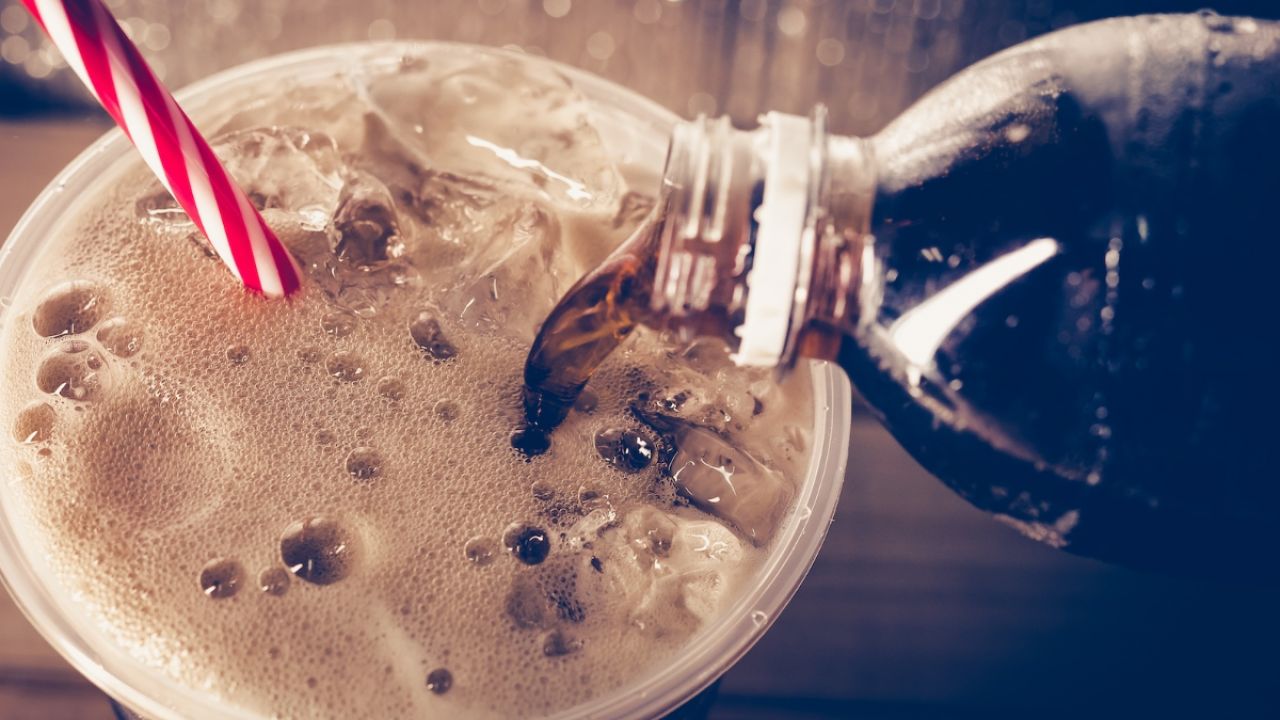 The soda industry has long been recognized as a major contributor to the obesity epidemic. In an attempt to change the narrative, Big Soda is pushing diet drinks, spending $296 million on marketing in 2018 alone. But artificial sweeteners might not be the health boon the industry is hoping for, according to a new study by Belgian researchers.

After following more than 100,000 people for 10 years, the researchers concluded that those who chose diet drinks faced disease risks similar to those who consumed sugary beverages. Those who drank neither had a 20 to 30 percent lower risk of heart disease.

The study, published in the Journal of the American College of Cardiology, emerged from the French NutriNet-Santé research, an ongoing long-term analysis of the connections between nutrition and health. Researchers found that heavy consumers of both sugary and diet drinks had a bigger risk of “first incident cardiovascular disease,” including stroke and heart attack, compared to participants who drank neither.

Overconsumption of added sugar is a well-documented risk factor for diabetes, heart disease and obesity. A 12-ounce soda can contain up to 11 teaspoons of added sugar – more than half the top daily recommended amount for children, which is six tablespoons. So drinking diet soda seems like a smart way to avoid all that sugar.

Yet these diet drinks may not be a healthy substitute for sugary drinks, according to the researchers. Their work builds on previous studies that have found a connection between artificially sweetened drinks and obesity, diabetes and other metabolic problems affecting a growing number of Americans. However, the researchers suggested more work would be needed to establish a cause-and-effect link between sugary and diet drinks and cardiovascular disease.

Doctors and scientists warn that routine consumption of artificially sweetened foods and drinks may skew a person’s taste for naturally sweetened products, causing fruits and vegetables to taste unpleasant in comparison. Since artificial sweeteners often have no or low calories, research suggests that consuming them may confuse the body’s metabolism, increasing the risk of fat gain.

The Food and Drug Administration has approved six artificial sweeteners, including aspartame and sucralose, for use in diet drinks. Aspartame is the sweetener in Nutrasweet, Equal, Sugar Twin and other brands. Sucralose is sold under the brand name Splenda. Based on laboratory studies, the Center for Science in the Public Interest considers both to pose a risk of cancer.

Aspartame has also been linked to insomnia and irritability, headaches, anxiety, depression, seizures, and behavioral and cognitive problems. Concerns about sucralose center on its potential to disrupt the healthy balance of bacteria in the intestine to cause gut inflammation, impacts on blood sugar control, risk of metabolic syndrome and toxicity in heated foods.

EWG has long recommended consuming smaller quantities of sugar and drinking filtered tap water instead of sugary or diet drinks. In addition, EWG continues its work bringing attention to the health risks of artificial sweeteners and other food additives.

Consult EWG’s Food Scores to learn how more than 80,000 products score on nutrition, processing, and concerns relating to ingredients. About 600 beverages in Food Scores contain sucralose or aspartame.