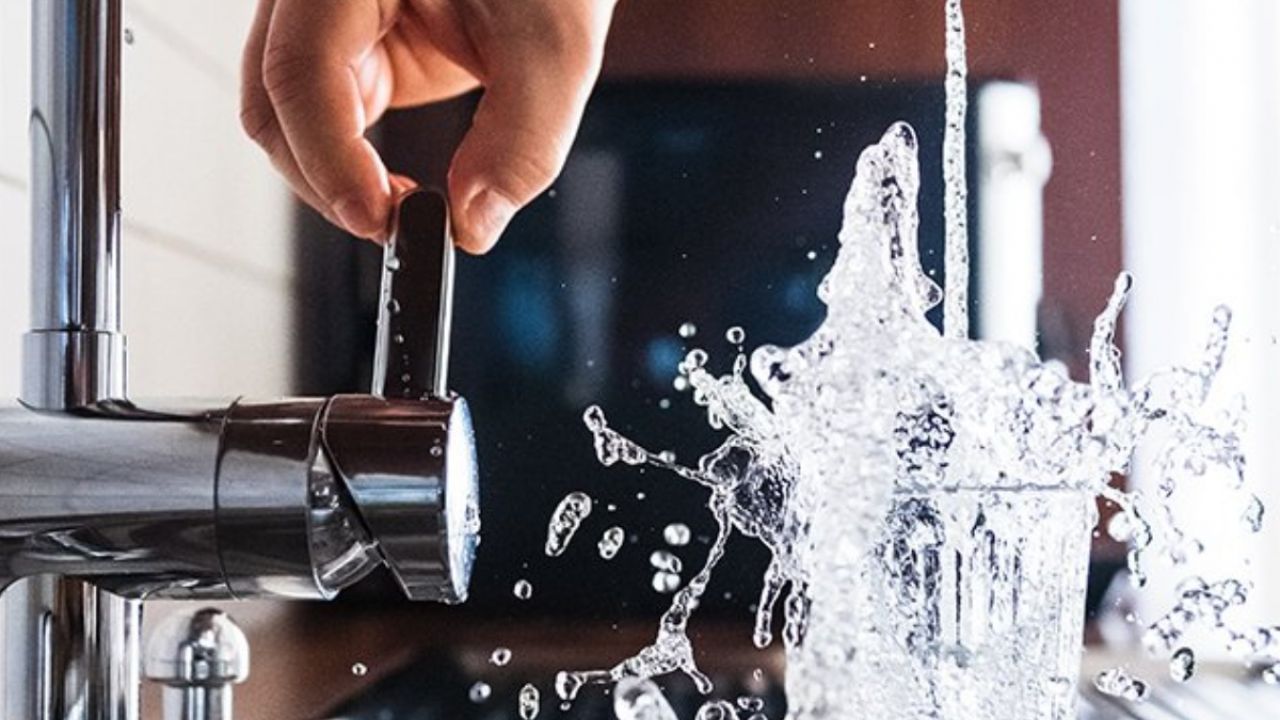 A sample of residential tap water in Louisville, Ky, contained 10 different compounds in the family of toxic fluorinated chemicals known as PFAS, according to laboratory tests commissioned by the Environmental Working Group.

The sample, taken in July from a home served by the Louisville Water Company, was tested by an accredited independent laboratory for 30 different PFAS chemicals. Of the 10 PFAS detected, eight were at levels higher than the level recommended by the best independent studies and endorsed by EWG.

The combined total for all PFAS tested in the Louisville sample was 45.2 ppt. Expert studies say that PFAS exposure in drinking water should be limited to just 1 part per trillion,  or ppt.

The highest level of any single PFAS detected in the EWG sample collected in Louisville was 22 ppt of a compound known as GenX. It is a replacement chemical for PFOA, which was used to make Teflon before U.S. manufacturers phased it out of production under pressure from the Environmental Protection Agency. The EPA’s research has found that GenX is nearly as toxic as the PFOA it replaced, and DuPont, its original manufacturer, has provided test results to the EPA showing that GenX caused cancer in lab animals.

Source: EWG, from tap water sample taken in July 2019 and analyzed by an accredited independent laboratory

A potential source of the GenX contamination in Louisville is the Chemours Washington Works plant in Parkersburg, W. Va. The plant was operated for decades by DuPont before that company spun off its PFAS business to Chemours in 2015. Parkersburg is upstream from several Kentucky communities, including Louisville, Paducah and Covington.

The new PFAS detections in Louisville’s drinking water come as Senate Majority Leader Mitch McConnell (R-Ky.) is negotiating with other Congressional leaders on the final form of the National Defense Authorization Act for FY 2020. The NDAA is a must-pass defense bill that includes a number of important PFAS-related provisions passed by the House and Senate.

Two provisions that are still under negotiation would designate PFAS as “hazardous substances” under the federal Superfund law and as toxic pollutants under the Clean Water Act. The inclusion of these provisions in the NDAA would kickstart the clean-up process of legacy PFAS contamination sites and limit industrial discharges of PFAS waste into drinking water supplies.

In 2014, researchers found that blood serum concentrations of PFOA in young girls in Northern Kentucky were above the 95th percentile—significantly higher than the national average, based on biomonitoring data from the federal Centers for Disease Control and Prevention.

A 2017 study by the University of Cincinnati and CDC researchers found that blood serum concentrations of PFOA rose in Northern Kentucky residents throughout the 1990s, even as it  fell in other places along the Ohio River. The researchers hypothesized that the blood serum concentrations were higher in Kentucky because it took more time for the state to adopt water treatment technologies that can filter out some kinds of PFAS.

PFAS testing mandated by the EPA under the Unregulated Contaminant Monitoring Program during 2013-2015 showed two detections of PFOS —a type of PFAS formerly used to make Scotchgard — in Kentucky’s Pendleton County Water District at 50 ppt and 58.5 ppt, and two detections of PFOA at 20 ppt in Louisville.