Ruling follows Florida’s rejection of aldicarb use on citrus

WASHINGTON – The federal Court of Appeals in the District of Columbia this week rejected the Environmental Protection Agency’s approval of the highly toxic pesticide aldicarb on Florida oranges and grapefruits.

The ruling came in response to a lawsuit filed in March by farmworker and conservation groups after the EPA approved expanded use of the pesticide without fully assessing harms to protected plants and animals, in violation of the Endangered Species Act.

Aldicarb is banned in 125 countries and one of the only pesticides classified as “extremely hazardous” by the World Health Organization. But in the final days of the Trump administration, the EPA approved its use on 100,000 acres of Florida citrus – a decision that was subsequently defended by the Biden administration.

“We’re thrilled the court has rejected use of one of the most dangerous pesticides in history on Florida oranges and grapefruit,” said Nathan Donley, environmental health science director at the Center for Biological Diversity. “This important decision is a sharp rebuke of the EPA’s pesticide office, which even under the Biden administration chose to dismiss science and the law to protect profits at the expense of farmworkers, children and endangered species.”

In April the state of Florida also rejected the Trump administration’s decision to approve aldicarb’s use on Florida citrus, because the EPA had failed to fully assess the neurotoxin’s harms to endangered species.

Florida agricultural officials also pointed to the grave threat aldicarb poses to public health and the environment. In denying approval of aldicarb use on Florida citrus, state agriculture commissioner Nikki Fried said that “aldicarb poses an unacceptable risk to human, animal and environmental health in Florida.”

“We applaud this decision by the court whose ruling confirms what we already knew – that there is no place for a toxic pesticide like aldicarb to be used on crops in Florida where our workers and our water would be at grave risk,” said Jeannie Economos, coordinator of the Pesticide Safety and Environmental Health Project at Farmworker Association of Florida. “Farmworkers can breathe a bit easier knowing that this neurotoxin will not be used on the citrus crops they harvest. We are grateful to Florida commissioner of agriculture Nikki Fried for refusing to allow this toxin to poison our communities, our food and our environment. This decision sends a message to EPA – protecting people and the environment must be their top priority.”

The EPA had approved use of up to 2.5 million pounds of aldicarb on Florida oranges and grapefruit.

“We hope that the EPA now follows the science and not the demands of the pesticide industry, and permanently bans the use of aldicarb on Florida’s citrus crops,” said Alexis Temkin, Ph.D., a toxicologist at the Environmental Working Group. “Aldicarb is a potent neurotoxic pesticide that is a dangerous threat for young children who are exposed when eating oranges or enjoying orange juice for breakfast.”

The Trump EPA reversed the agency’s previous decisions to phase out use of and deny special exemptions for the use of aldicarb on citrus in Florida. The reversal came after representatives from the citrus industry lobbied the EPA, which had previously committed to banning aldicarb. The lobbying efforts included a meeting with the agricultural advisor to then-EPA administrator and Trump loyalist Andrew Wheeler.

The EPA’s approval of aldicarb use on Florida citrus came with lightning speed after a legally mandated public comment period that ended on Jan. 6, 2021. One day later, more than 100 pages of risk assessment documents were finalized, and on Jan. 12 – eight days before the transition to a new presidential administration – the Trump EPA finalized the approval.

In addition to being designated as “extremely hazardous” by the WHO, aldicarb is also one of the few pesticides – along with DDT – subject to regulation under the Rotterdam Convention, an international treaty designed to reduce trade of the most hazardous chemicals in the world. The U.S. is one of only a few countries around the world that has not ratified the treaty.

Aldicarb is a known neurotoxin that can impair normal brain development in young children. Harms to people are similar to those seen in wildlife, where exposure can cause developmental defects, dizziness and blurred vision, abdominal pain and vomiting.

In 2011 the EPA and Bayer reached an agreement to end the use of aldicarb in the U.S. after the EPA found that its ongoing use posed unacceptable dietary risks to infants and young children. The crop use that resulted in the highest risk to infants and children was citrus, which Bayer agreed to cancel immediately. While the other uses of aldicarb were being phased out, AgLogic applied for, and received, approval for use on a small subset of other crops, like cotton and sweet potatoes.

After the 2011 phaseout of most uses, U.S. agricultural use of aldicarb has been consistently low, with under 100,000 pounds used each year. Despite its low use in recent years, aldicarb was detected in drinking water systems in six states serving nearly 1 million people between 2015 and 2017.

The Center for Biological Diversity is a national, nonprofit conservation organization with more than 1.7 million members and online activists dedicated to the protection of endangered species and wild places.

The Farmworker Association is a statewide, community-based, nonprofit farmworker organization. FWAF’s longstanding mission is to build power among farmworker and rural low-income communities of color who are disproportionately affected by pesticide exposure and health problems.

Note: This news release was published first on the Center for Biological Diversity’s website. 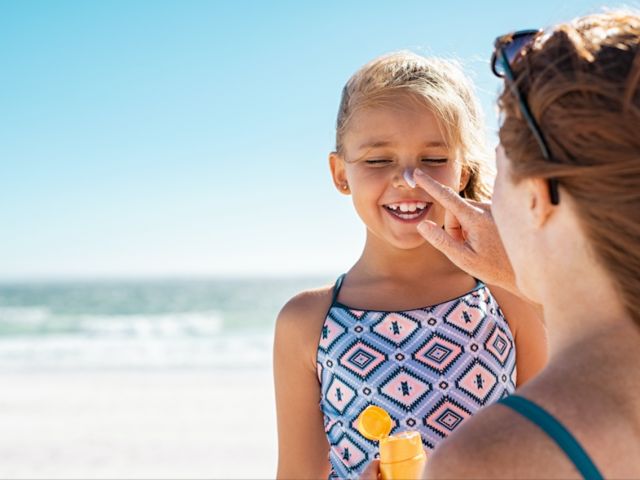